ASTON, PA -- Brendahn Brawley, a goaltender for the Philadelphia Little Flyers, has committed to Plymouth State University (PSU) for the fall of 2019.

The '98 native of Morton, PA is in his second season with the Little Flyers, and to date, he's compiled an overall record of 47-9-2 in 58 career games in the Eastern Hockey League (EHL).

"Any coach will tell you that no matter how good of a team you have, you aren’t going to be competitive without a good goaltender, and we are lucky enough to have two in Brendahn [Brawley] and Tommy [McLarnon], but Brendahn has been really good in the last two years," said Little Flyers head coach and general manager Mark Catron. "He’s played against all of the top teams, has a great record obviously, but also had a great showing at the EHL All-Star weekend which really boosted his stock amongst the colleges. He’s stayed on path all year long, and comes to the rink every day ready to work and improve; Mike [Narrigan] and I are extremely proud of Brendahn and all that he has accomplished."

As Catron mentioned, Brawley was a member of this season's EHL All-Star team that made the three days in October a weekend to remember for the league. The veteran netminder shined in both games for Team EHL, but especially in the first matchup of the weekend against PSU. Following in the footsteps of Nolan Egbert (Boston Jr. Rangers), this is the second consecutive season that the EHL has seen a goaltender stand on his head during All-Star weekend, and then commit to one of the programs that the team played against. Brawley is the 20th player in league history to commit to join the Panthers, and he's very excited about the future.

"I am honored to announce my commitment to Plymouth State University for the fall of 2019," said Brawley. "I would like to thank my family for all of their support throughout my life. Without all of their sacrifices, none of this would’ve been possible. I would also like to thank Coach Catron, Coach Narrigan, the Giacobbo family, and the entire Little Flyers Organization for everything they have done for me. Also, thank you to all of the great coaches and teammates I’ve had over the years that have helped me reach this point. Finally, thank you to Coach Russell for this amazing opportunity to continue my education and hockey careers at Plymouth State."

The Little Flyers recently won the Regular Season Championship for the 4th time since the EHL was formed back in 2013. However, that was not the end goal for Philadelphia, as Brawley will look to lead his team back to Providence and to a postseason title in the upcoming EHL Playoffs. 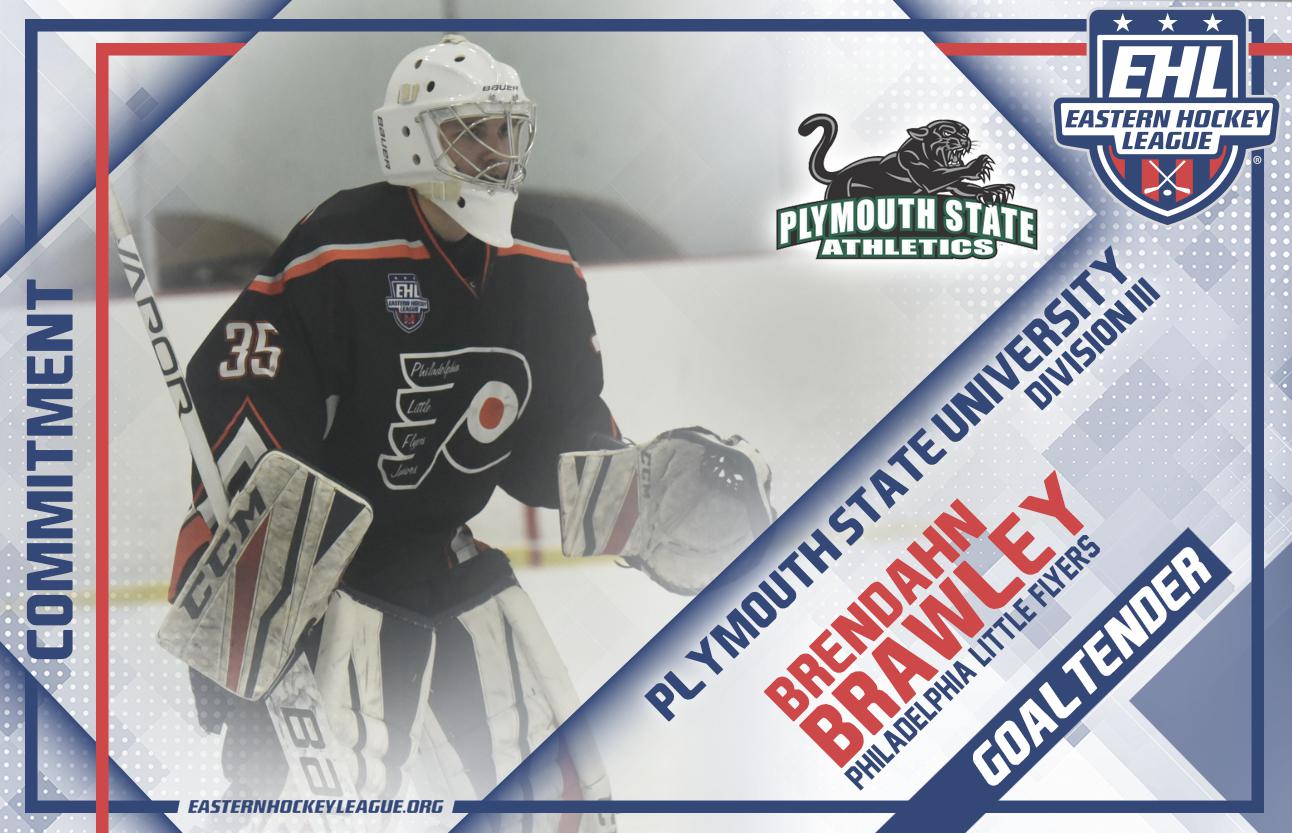