ODENTON, MD -- Connor Redden, a forward for Team Maryland, has committed to Saint Michael's College for the fall of 2019.

The '99 native of Southbury, CT just finished his first and only season in the Eastern Hockey League (EHL), tallying 21 points in 33 total games.

"Connor was a tremendous player both on and off the ice for us this season," said Maryland head coach and general manager Jason Rowe. "He is a great young man, with a strong work ethic, and will thrive at Saint Michael's College. I am very excited for Connor and the entire Redden family as he continues his academic and athletic careers as a Purple Knight."

Redden is the second EHL player to commit to Saint Michael's College this season, joining Sam Johnson of the Walpole Express, who made the same decision in February. While Team Maryland's season ultimately fell short of making the EHL Playoffs, Redden is still beyond grateful of everything he gained from the EHL. The talented forward took some time to show his appreciation to everyone that helped him along the way.

"I am very excited to be attending Saint Michael's College," said Redden. "They hold the highest of standards in academics and athletics. I'm thrilled to be part of the Purple Knight family and look forward to my next four years. I want to thank my family and my coaches, especially Jason Rowe, who helped me develop over the course of this season."

Learn more about the Team Maryland on the team's official website, and check out the full 2018-19 NCAA commitment list. 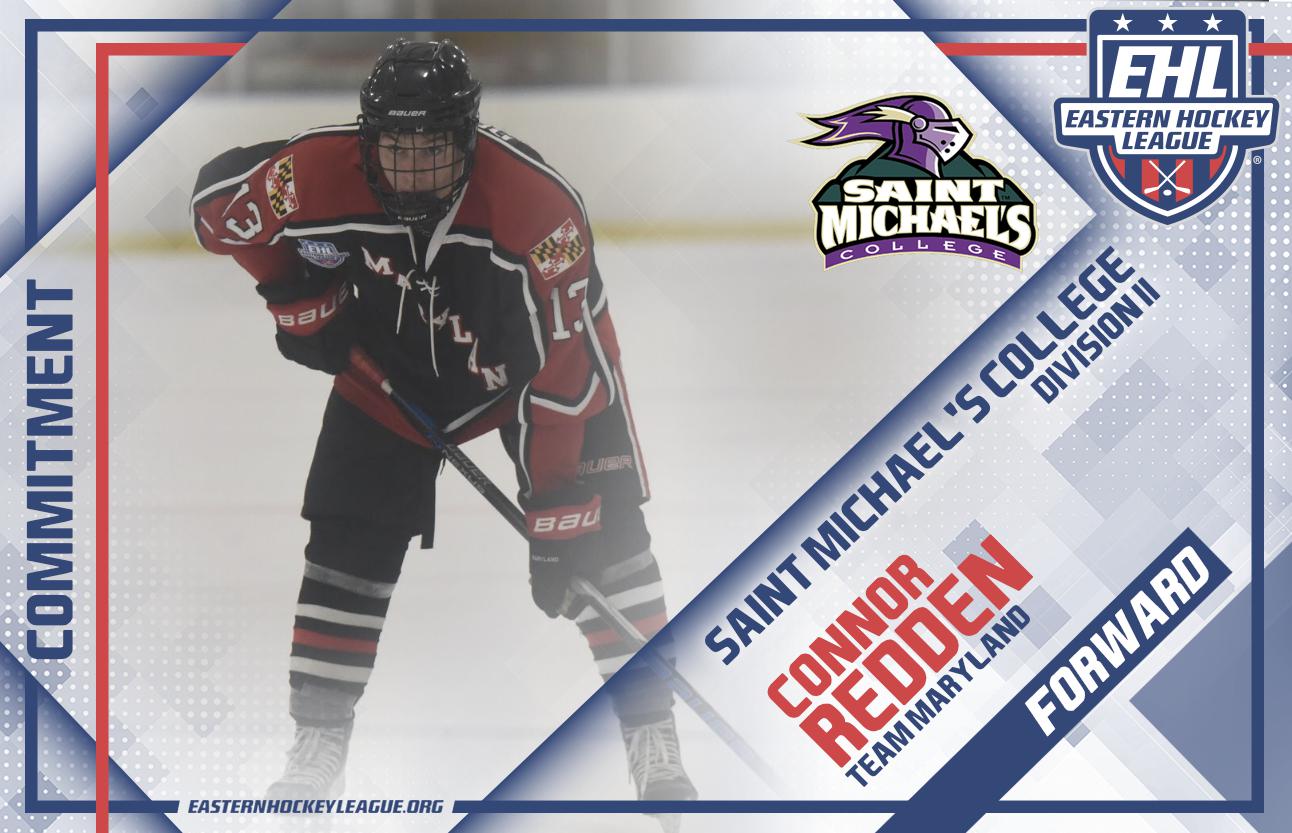