ASTON, PA -- Nate Dunning, a defenseman for the Philadelphia Little Flyers, has committed to Neumann University for the fall of 2019.

"Nate is a perfect story for all of the kids that come into the EHL Premier locker room from AA hockey, work hard at the Premier level, and then make the EHL team," said Little Flyers head coach and general manager Mark Catron. "Dunning didn't only make the jump, but he is thriving as one of our top defenseman, not only offensively on the power-play, but defensively as well. Nate skates the puck up the ice very effectively, he’s a local kid who had an avenue in front of him on how to get to college from AA hockey, right inside the same rink he’s grown up in and will continue to play here at IceWorks for Neumann and Coach Mountain. Mike [Narrigan] and I are proud of Nate and look forward to being able to watch him play in college."

As Catron mentioned, the local kid is staying close to home, as the Knights play all of their home games at IceWorks Skating Complex, the same rink as the Little Flyers.

Looking back at Dunning's numbers from his junior career, and the veteran defenseman started things off with 26 points in 32 games in the EHLP (2017-18). Those numbers have improved up to 28 points in 44 EHL games so far this year. Overall, Dunning is very proud of his time with the Little Flyers, and he took a moment to share his appreciation.

"I am very proud to announce my commitment to play my college hockey at Neumann University and continue my education," said Dunning. "I want to start by thanking my family for their endless support throughout my hockey career. I want to thank coaches Mark Catron, Mike Narrigan, and George Lewis for giving me the opportunity to play juniors for the Little Flyers and the Giacobbo family. Also, thank you Stephane Charbonneau and Mike Cassidy for everything that they have done for me. Finally, thank you to Coach Mountain for giving me the opportunity to pursue my academic and athletic careers at Neumann."

Dunning and the Little Flyers just knocked off the Philadelphia Revolution on Thursday, and thus earned their second consecutive trip to the EHL Frozen Finals. 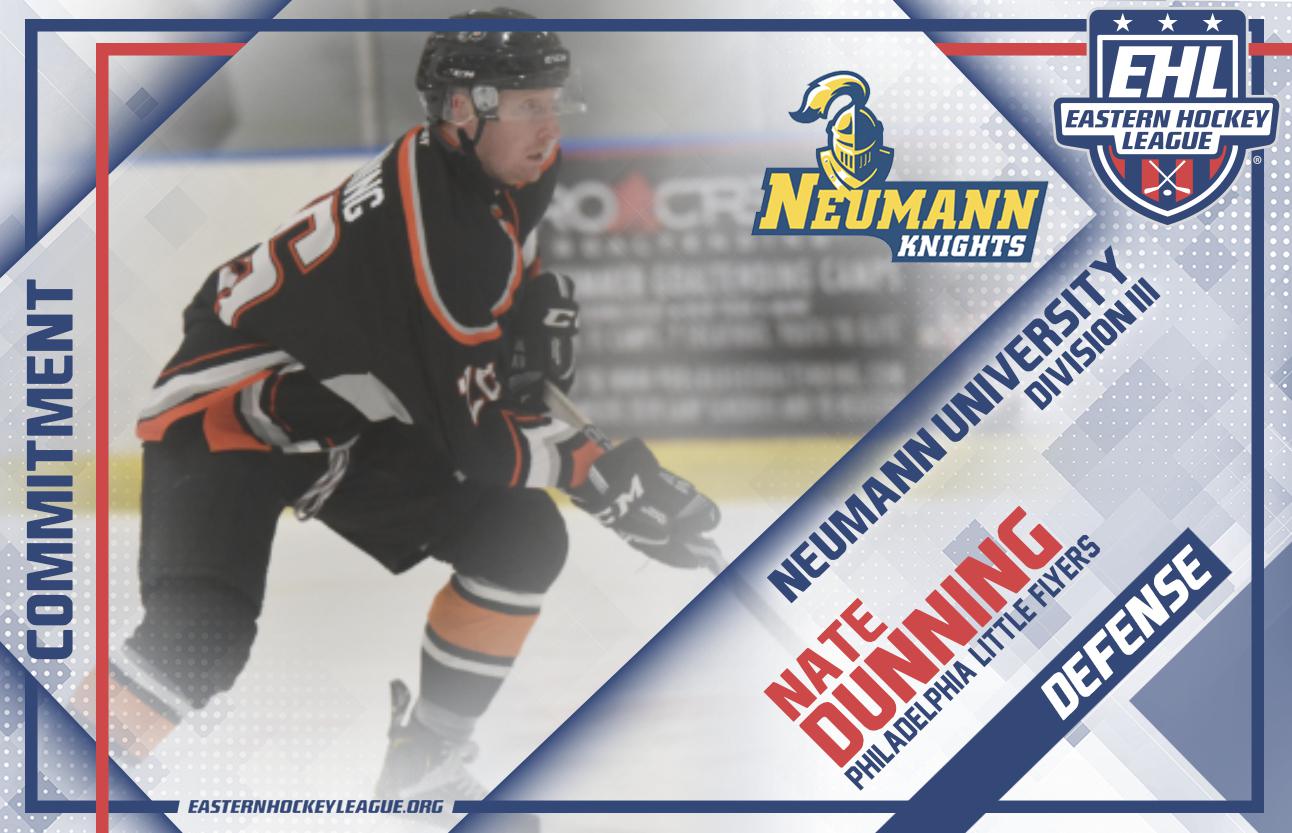