Scott Leads the Way with a Pair of Goals

Below you'll find all of the goal recaps from the fifth game of the 2019 EHL Frozen Finals. 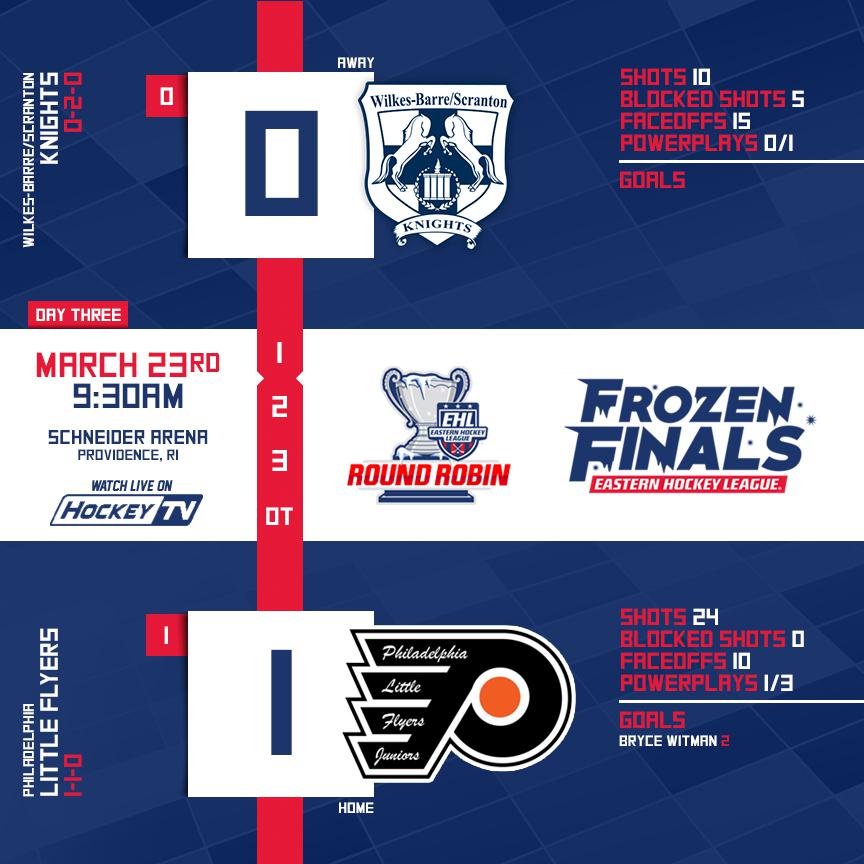 While short handed, Giampapa forced a turnover in the neutral zone that sent him on a breakaway where he beat Walker low blocker side to give the Little Flyers a 2 goal advantage at the 7:22 mark of the frame. 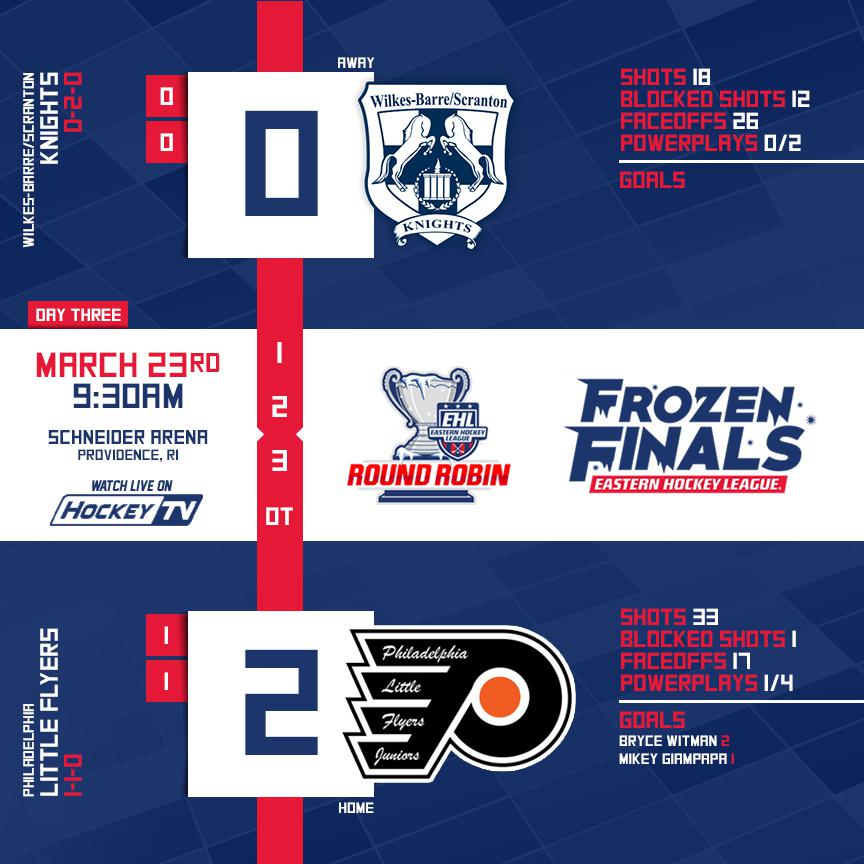 Scott gave the Little Flyers a 3 goal advantage at the 18:13 mark of the period thanks to a pass through the slot from Witman. Giampapa was credited with the second assist on the goal.

Cam Lindsay made it a 4-0 game at the 8:37 mark of the period after he deflected a pass in the slot from Kevin Brown to beat Walker high glove side.

Scott notched his second goal of the game at the 5:39 mark of the frame after he got his stick on a loose rebound in front. Both Mroz and Daluisio were credited with assists on the Little Flyers 5th goal.

Ryan Candia added another late goal to the Little Flyers tally at the 1:22 mark, capitalizing on an opportunity in the slot after receiving a pass from Alexander Mcbey in the offensive zone.

The Knights got on the scoreboard with just 11 seconds remaining when Zach Ouladelhadjamed beat Brawley on the power play on a rebound chance in front of the net. Both Anthony Starzi and Michael Walsh were credited with assists on the goal. 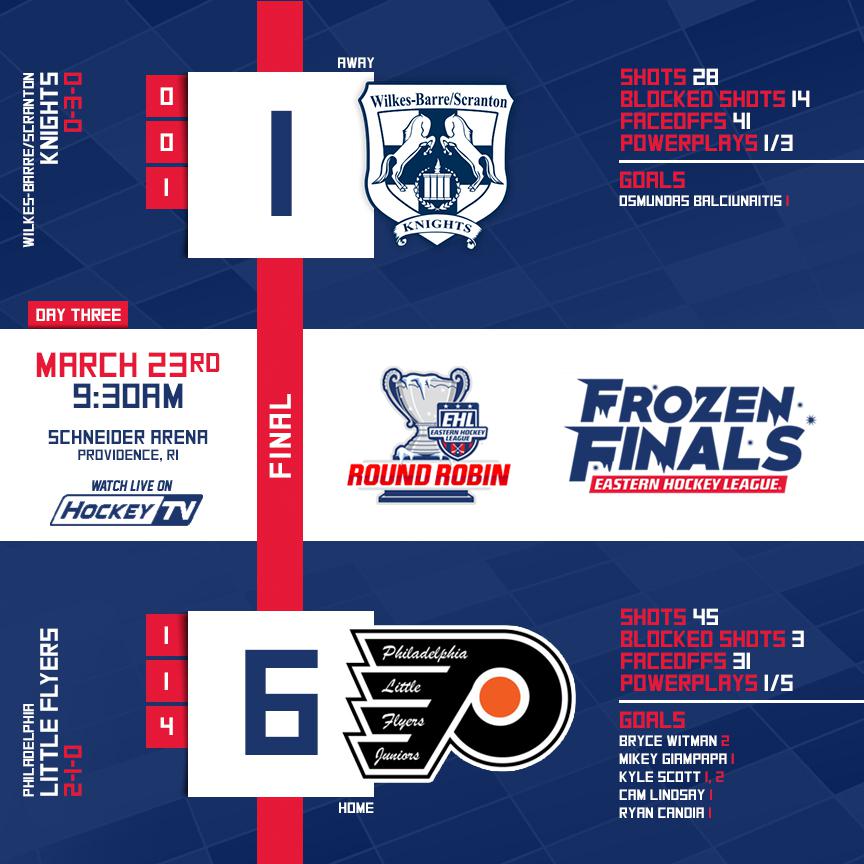