PROVIDENCE, RI -- The defending Champion New Hampshire Avalanche hold off a late charge from the Philadelphia Little Flyers to win the 2019 Eastern Hockey League Championship for the second consecutive season. 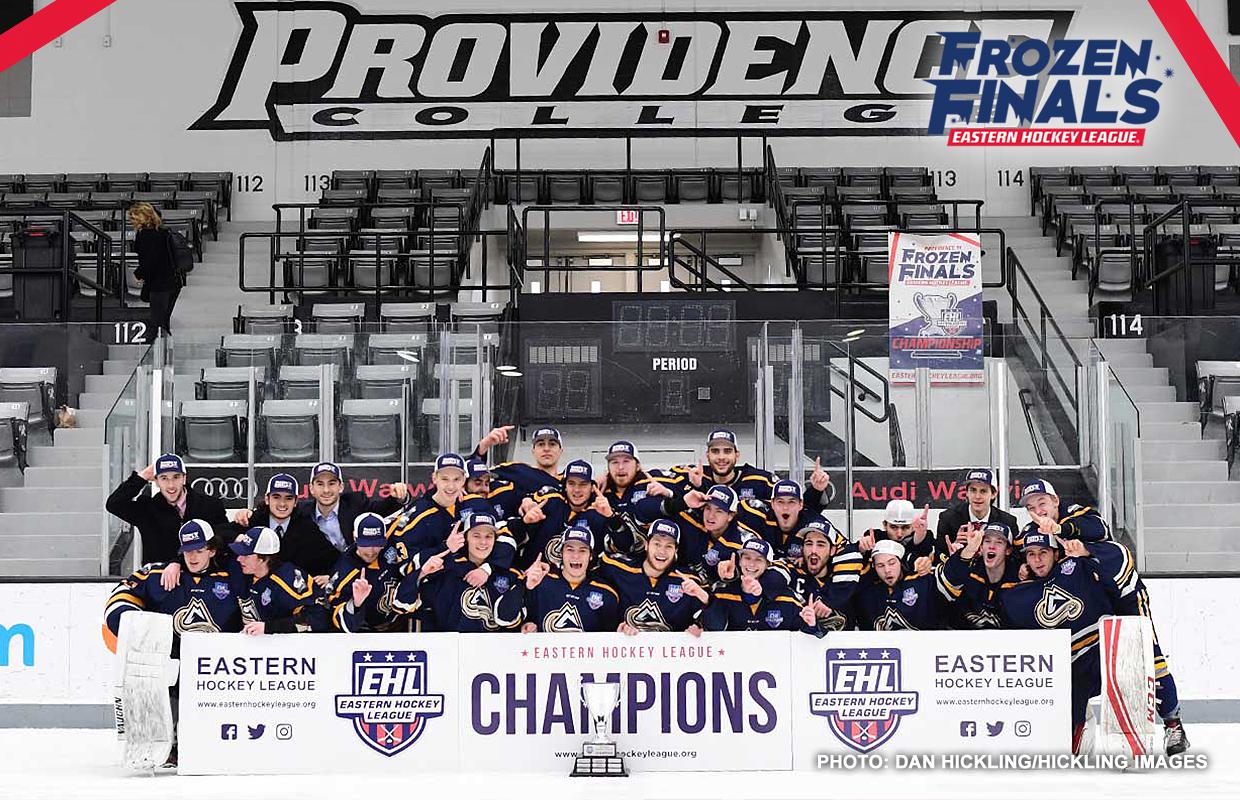 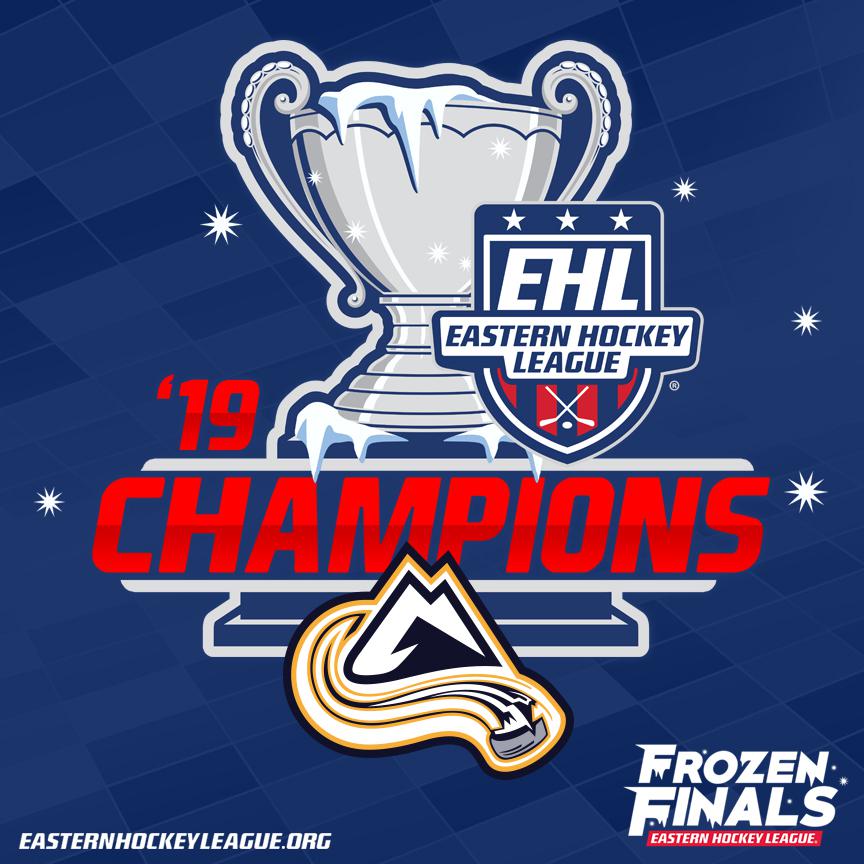 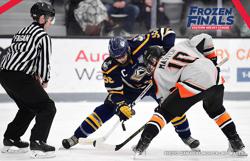 Just 19 seconds into the game, Rece Bergeman slide a puck under the right pad of Nathan Pickett to give the Little Flyers the early lead.

Jake Adkins tied things up at one goal a piece with a shot from the right side hash at the 13:30 mark. Niks Krollis had the lone assist on the goal.

At the 7:03 mark of the frame, Nate Dunning took the puck from one end of the ice to the other and beat Pickett blocker side to put the Little Flyers back on top.

The Avalanche captain, Matthew Kassab, collected a drop pass from Krollis in the offensive zone and fired a shot that beat Brawley blocker side to square things up. Matt Gagnon was credited with the second assist on the 4 on 4 goal. 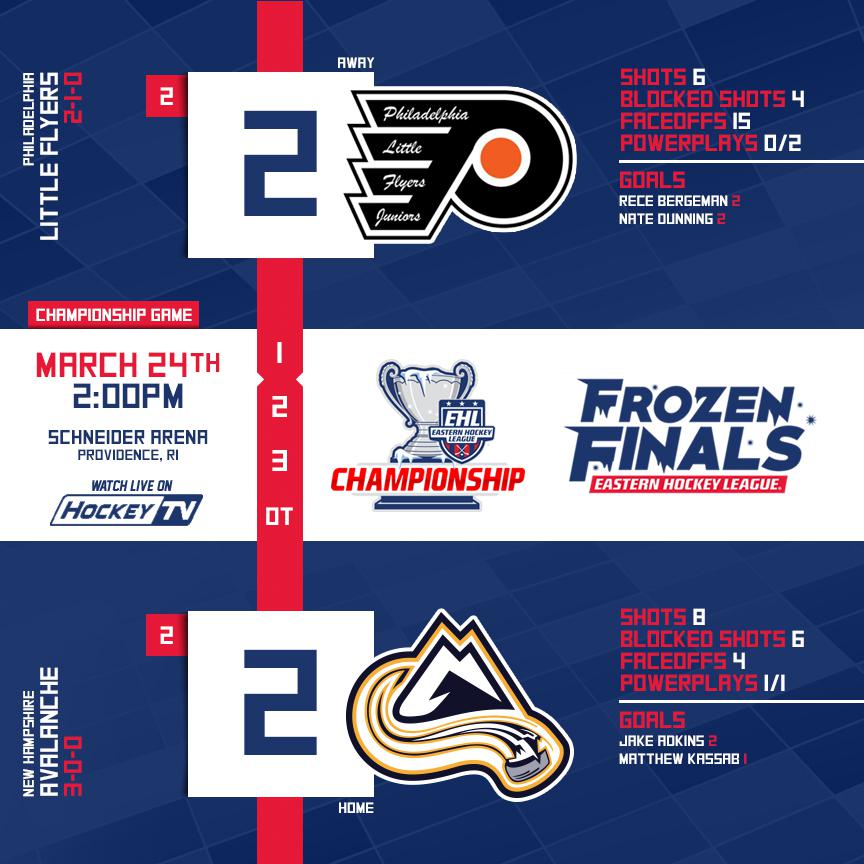 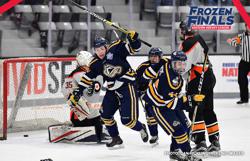 The Avalanche took the lead at the 4:03 mark of the frame, taking advantage of a 5 on 3 power play when Chris Aarons tipped in a shot from Jake Mendeszoon.

With just 12 seconds left in the period, Tim Cronin sent Leo Avakovs on a breakaway who found the back of the net to give the Avalanche a two goal advantage. 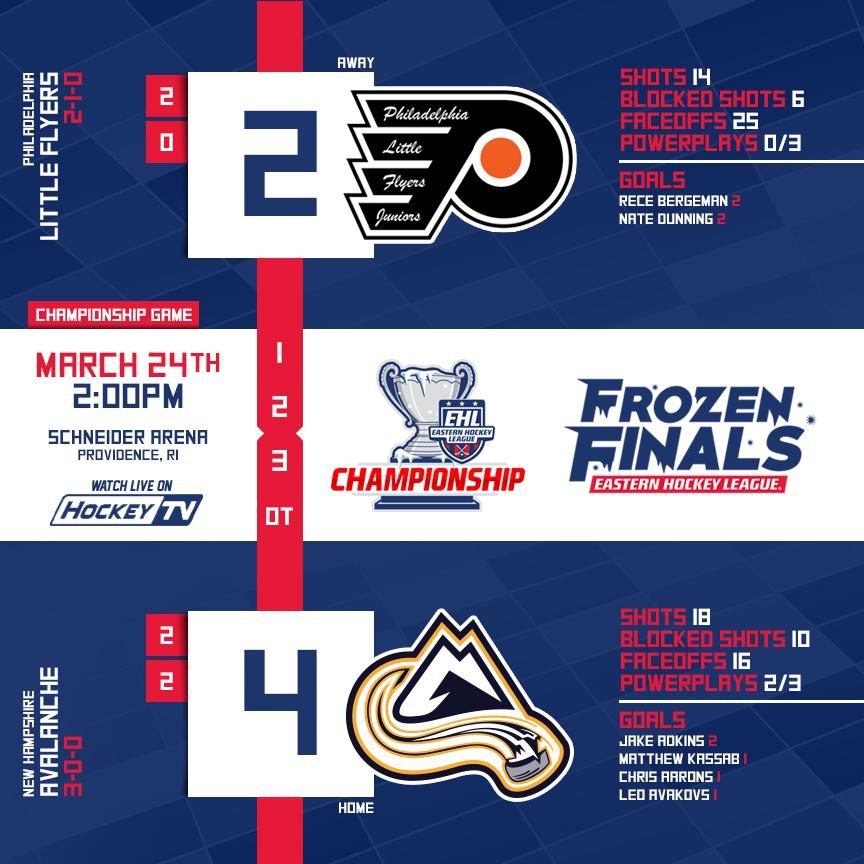 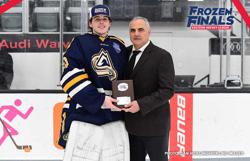 Mikey Giampapa cut the deficit in half with 9:45 remaining in the contest, but the EHL Frozen Finals MVP, Nathan Pickett, was able to hold off the Little Flyers for the rest of the game. 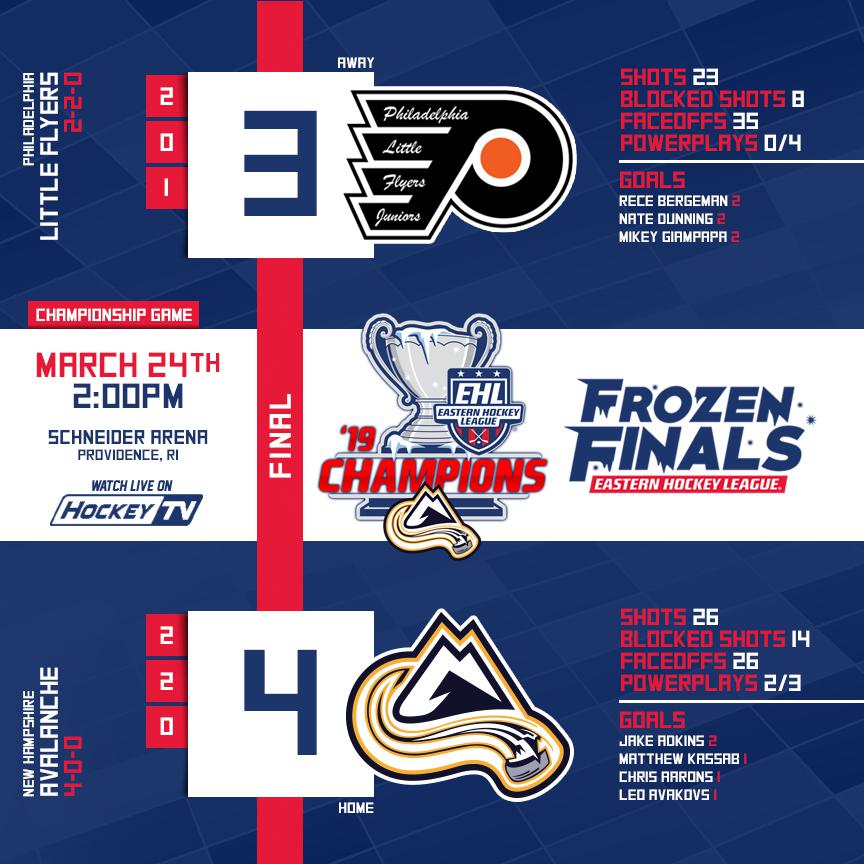