TEWKSBURY, MA -- Zach Norby, a forward for the Boston Jr. Rangers, has committed to SUNY Brockport for the fall of 2019.

"We are very proud to announce Zach's commitment to Brockport,” said Rangers head coach and general manager Rich DeCaprio, “Having recruited him 3 years ago, and seeing the strides he’s made not only as a player but as a human, has been very rewarding as a coach. He has been a great teammate and very easy player to coach. His skill set and IQ are well above average and his perseverance is right there as well. Zach will have a great college career."

Looking back at Norby's first season with the Rangers, and he played a key role on the 2016-17 EHLP team that reached the finals. That season Norby scored 20 goals and dished out 30 assists in 48 total games.

Following that season, Norby went on to spend the past two years with the Rangers' top team, tallying 82 points in 107 career games in the EHL. Overall, Norby put together a solid three-year career with the Rangers, and for that he is very grateful.

"Playing for the Jr. Rangers for the last three years has been a great experience," said Norby. "Coach DeCaprio, Coach Aucoin, and Coach Blair have all really helped me develop as a player and a person, and ultimately helped me achieve my goal of playing college hockey. I'm very excited to be joining SUNY Brockport next fall. I'd also like to thank all my teammates as well as my family, I wouldn't be where I am today without them.”

While the Rangers season ended soon than they had hoped, Norby and his teammates still have plenty to be proud of with what they accomplished this year. Norby will now set off for Brockport in the fall, where he will be joined by his teammate Aiden Curry, who made the same decision back in December. 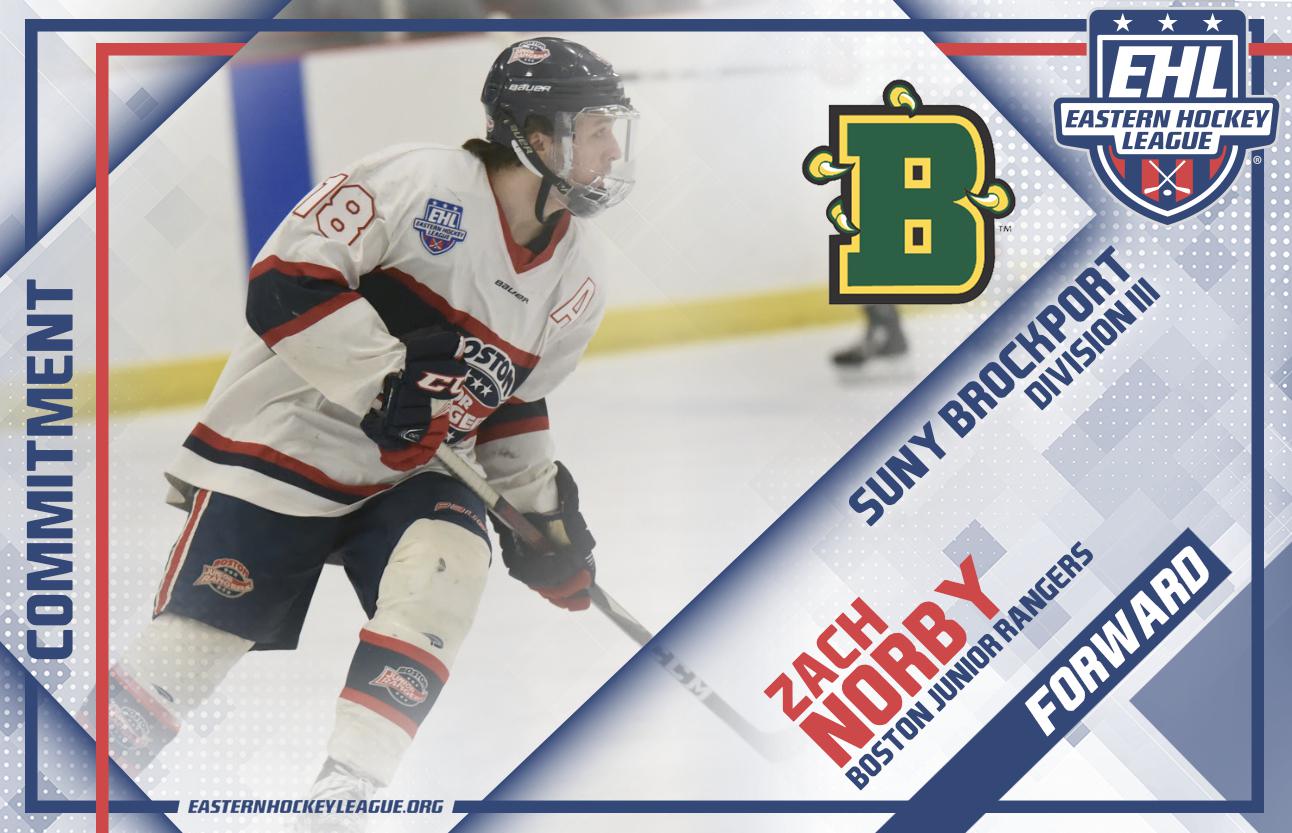