ASTON, PA -- Austin Master, a forward for the Philadelphia Little Flyers, has committed to Stevenson University for the fall of 2019.

The '98 native of Broomall, PA just recently finished his first and only season in the Eastern Hockey League (EHL). Master dressed in 49 of the 50 total games that the Little Flyers played this past year, scoring 33 goals and dishing 47 assists over the course of the 2018-19 campaign.

"The addition of Austin this year was huge for our team; he’s probably one of the best two-way players in our league," said Little Flyers head coach and general manager Mark Catron. "As you can see by his numbers he was huge on the power-play this year, he also killed penalties for us; he really just did it all. Austin is a solid all-around hockey player in all aspects of the game. We are really happy for him to be going to Stevenson and look forward to him having a great college career down there."

After notching 71 points in the regular season, Master led all scorers with nine points during the playoffs. The veteran forward is the second EHL player to commit to join the Mustangs this fall, as Anthony Starzi of the Wilkes-Barre/Scranton Knights, made his decision to Stevenson back in late January. Overall, Master and Starzi are the 13th and 14th respective EHL players to commit to Stevenson since the program was launched a few years ago.

"I am proud to announce that I’ll be continuing my academic and hockey careers at Stevenson University in the fall of 2019," said Master. "First, I would like to thank my family for all the support they have given me throughout my hockey career. Next, I would like to thank Coach Catron, Coach Narrigan, the Giacobbo family, and the the Little Flyers Organization for giving me the opportunity to play here and helping me prepare for college. Lastly, I’d like to thank Coach Dawes and Coach Peffall for giving me the opportunity to play at Stevenson University."

While the Little Flyers fell just short of their ultimate goal this year, Master and his teammates still have plenty to be proud of when they look back on the best season in franchise history. 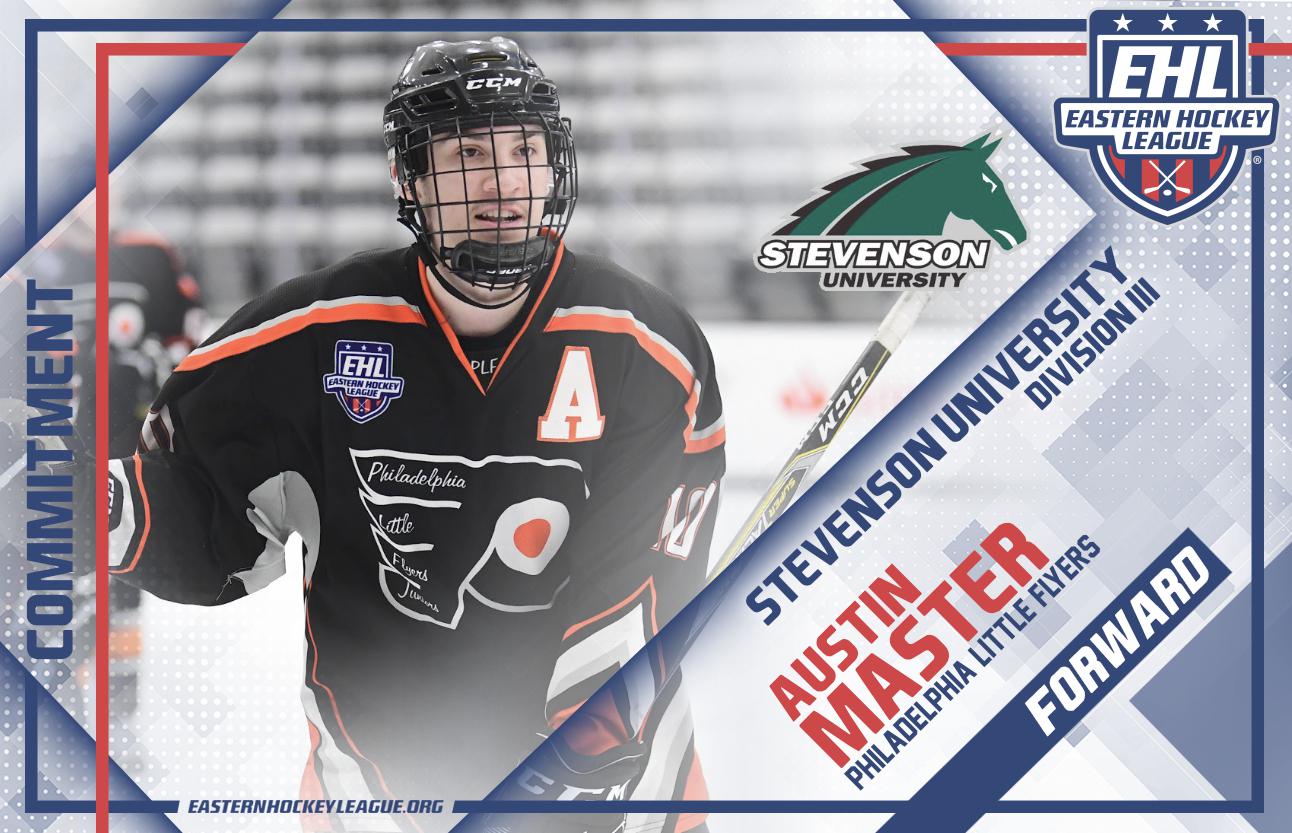