Lavin recently just finished his first and only season in the Eastern Hockey League (EHL), tallying 13 points from the blue line for the Express.

"Pat was a great addition to our blue line this season," said Express head coach and general manager Jon Lounsbury. "His ability to make plays and get up the ice quickly will translate nicely in the way Salem plays. It was nice to see how far 'Lav' came this season. His commitment to the game and work ethic will make him a great NCAA player."

Lavin is one of four EHL players that have committed to Salem State for this upcoming season, joining a list that includes Race Bennett and Connor Woolley from the New York Applecore, and Luke Pepin from the East Coast Wizards. Overall, this year's #Eshow class brings the count up to 12 total players that have committed to the Vikings hockey program since the EHL was formed back in 2013.

"I'm beyond excited to be attending Salem in the fall," said Lavin. "I would like to thank my family, friends, and coaches who have helped me along this journey. I can't thank Coach Lounsbury enough for helping me develop this season into a well-rounded player. I hope to keep working with him on ice for as long as I'm playing." 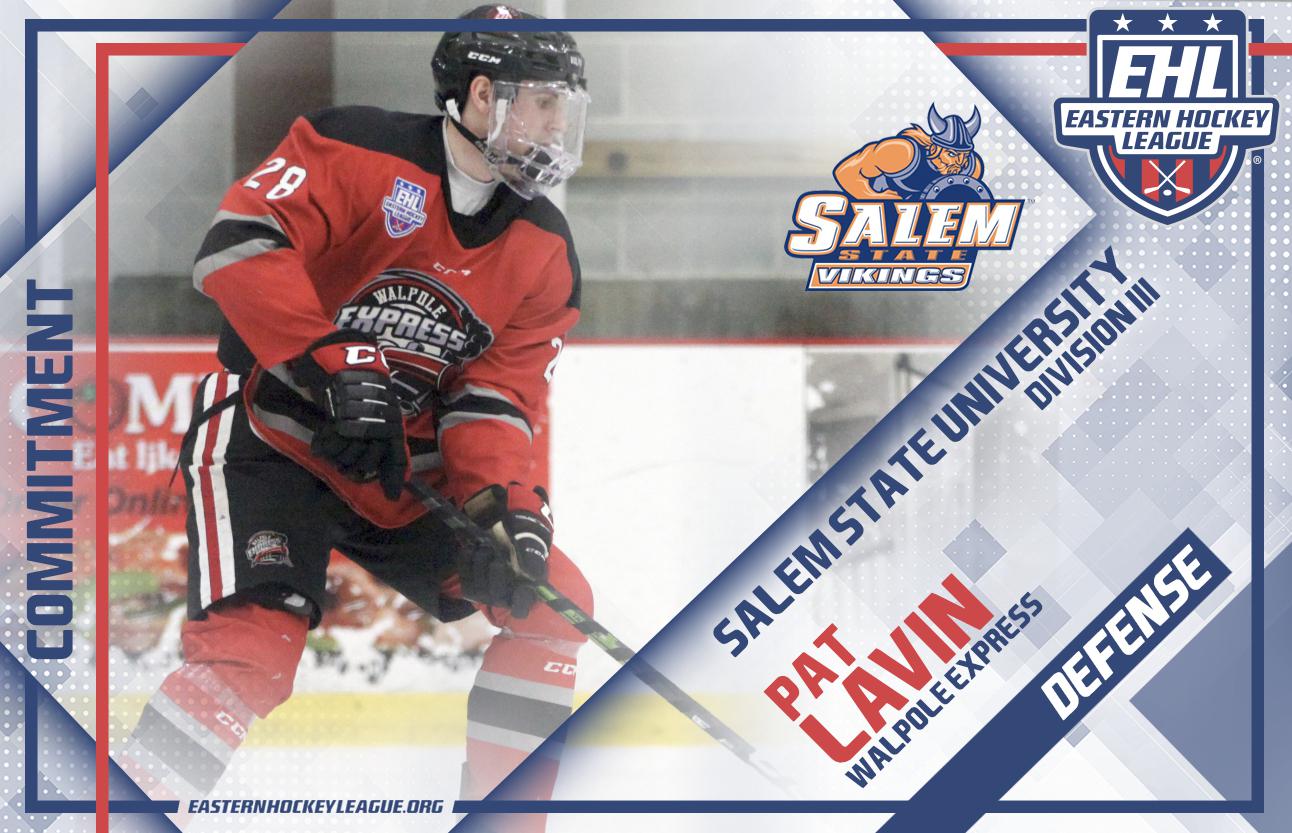