The '98 native of Garkalne, Latvia joined the Avalanche in early February, and tallied nine points in 17 total games for New Hampshire. Included in those nine points was the game-winning goal in the EHL Championship Game that made it a 'Second Year, Second Title' finish for the Avalanche.

"Leo is very gifted offensively and his game should translate well to college hockey, as long as he continues to work on playing away from the puck," said Avalanche head coach and general manager Chris Cerrella. "We brought him in late in the year, as we knew he would be a good addition to our offense and he scored some really big goals for us in the playoffs. I wish him and his family nothing but the best, and I am glad to see Leo going off to play college hockey next season."

Avakovs will now join a brand new program at Albertus Magnus College, as the Falcons will kick-off their inaugural season at the Division III level this fall. To date, 13 different EHL players have committed to help launch the program, including another member of the Avalanche in Cameron Weitzman. Avakovs is excited about the future, and also very grateful of the time he spent with the Avalanche.

"I am excited to announce my commitment to further my academic and athletic careers at Albertus Magnus College," said Avakovs. "It is a great fit for me both on the ice and off the ice. I want to thank Coach Wallack for giving me the opportunity to earn my college degree and play for Albertus Magnus. I am honored and excited to be part of building this new program. I want to thank Coach Cerrella and the entire Avalanche staff for their enthusiastic and tireless support. They were able to help me achieve my goal of playing college hockey even though I joined the team late in the season. I especially want to thank my Mom and Dad for always supporting me throughout my hockey journey. I also want to thank my billets, the Saucier family, for letting me be a part of their family and for their support throughout the past three years." 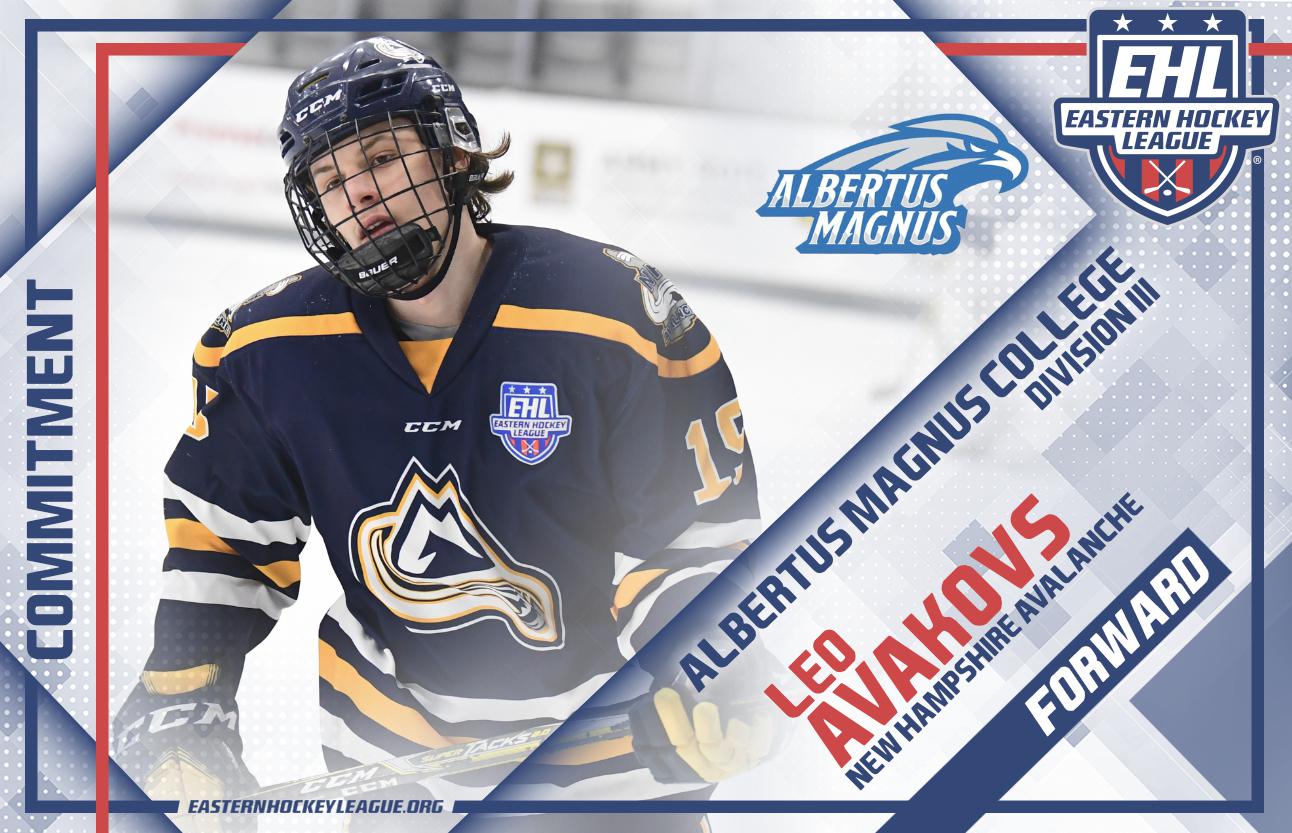