LACONIA, NH -- Nick Brewer, a defenseman for the New England Wolves, has committed to Post University for the fall of 2019.

The '98 native of Kalkaska, MI recently finished his first and only season in the Eastern Hockey League (EHL), tallying seven assists in 42 games on the blue line.

"I'm extremely happy for Nick on his commitment to Post," said Wolves head coach Tim Kunes. "Nick improved tremendously during his time in our program. It was a pleasure working with him personally. He's a great kid, and to help him accomplish his goal of playing college hockey is an awesome feeling."

When Brewer arrives on campus this fall, he will be welcomed by several Wolves alumni that are already part of the Post hockey program. Circling a couple in particular, and Dom Senerchia played for the Wolves during the 2014-15 season. Will Francis is a former member of the Wolves' Eastern Hockey League Premier(EHLP) team during the 2015-16 season, and he'll be entering his sophomore year at Post this fall.

Overall, Brewer is the 11th player in EHL history to commit to join the Eagles, and with his decision, the streak extends out to five years in a row with at least one player committing to Post. 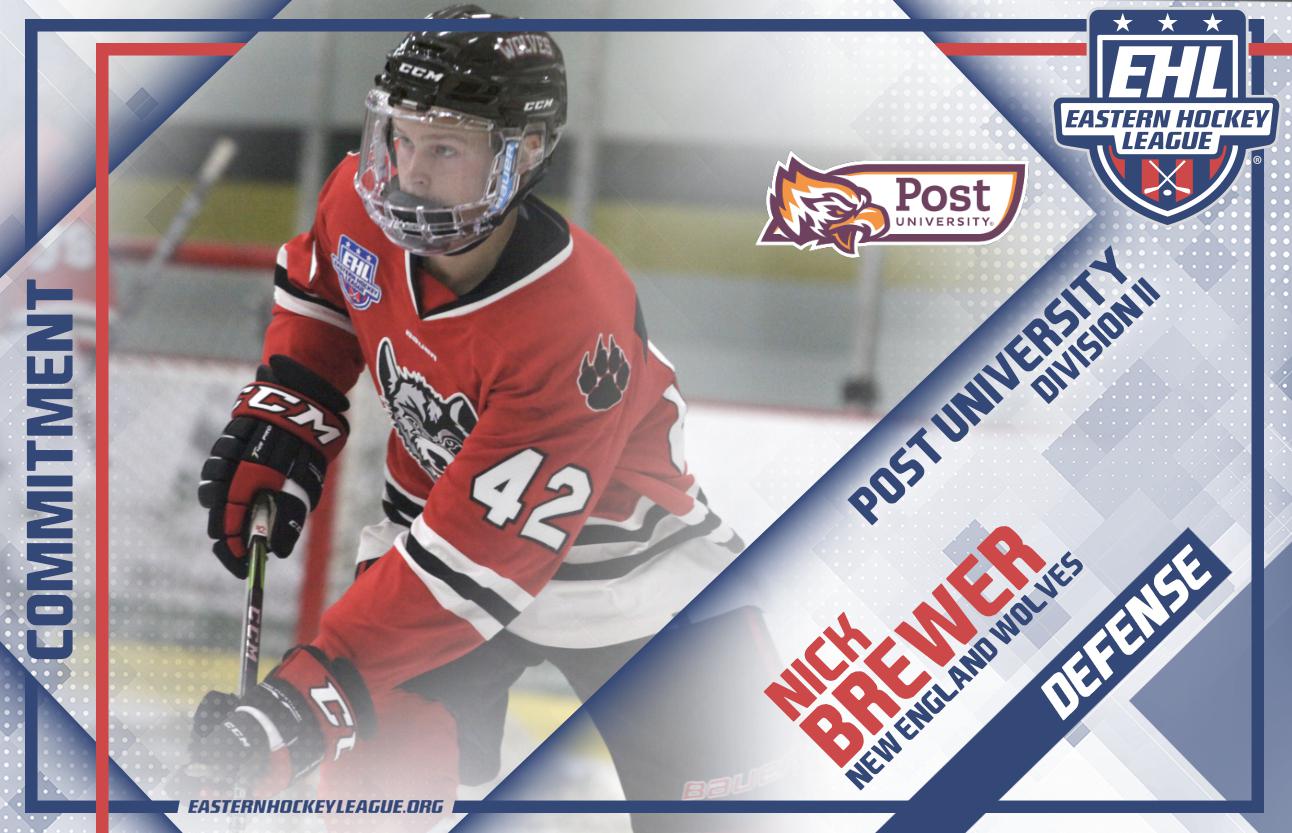