NORWALK, CT -- Brendan Conway, a defenseman for the Connecticut RoughRiders, has committed to St. Olaf College for the fall of 2019.

The '98 native of Monroe, CT just finished his second season in the Eastern Hockey League (EHL), and his first with the RoughRiders. Overall, Conway tallied 23 points in 84 career games in the EHL.

"Brendan is a mobile, two-way defenseman and a smooth skater," said RoughRiders head coach and general manager Eric Lind. "He has good decision-making in all three zones, and is not afraid to play physically. He makes hard, accurate passes, and he moves the puck well.”

After tallying six points throughout the entire 2017-18 campaign, Conway nearly tripled his production this season with three goals and 14 assists in 41 total games. Conway is the 10th player in league history to commit to St. Olaf, joining Tyler Uravage, an alumnus from last year's New Hampshire Avalanche championship team. 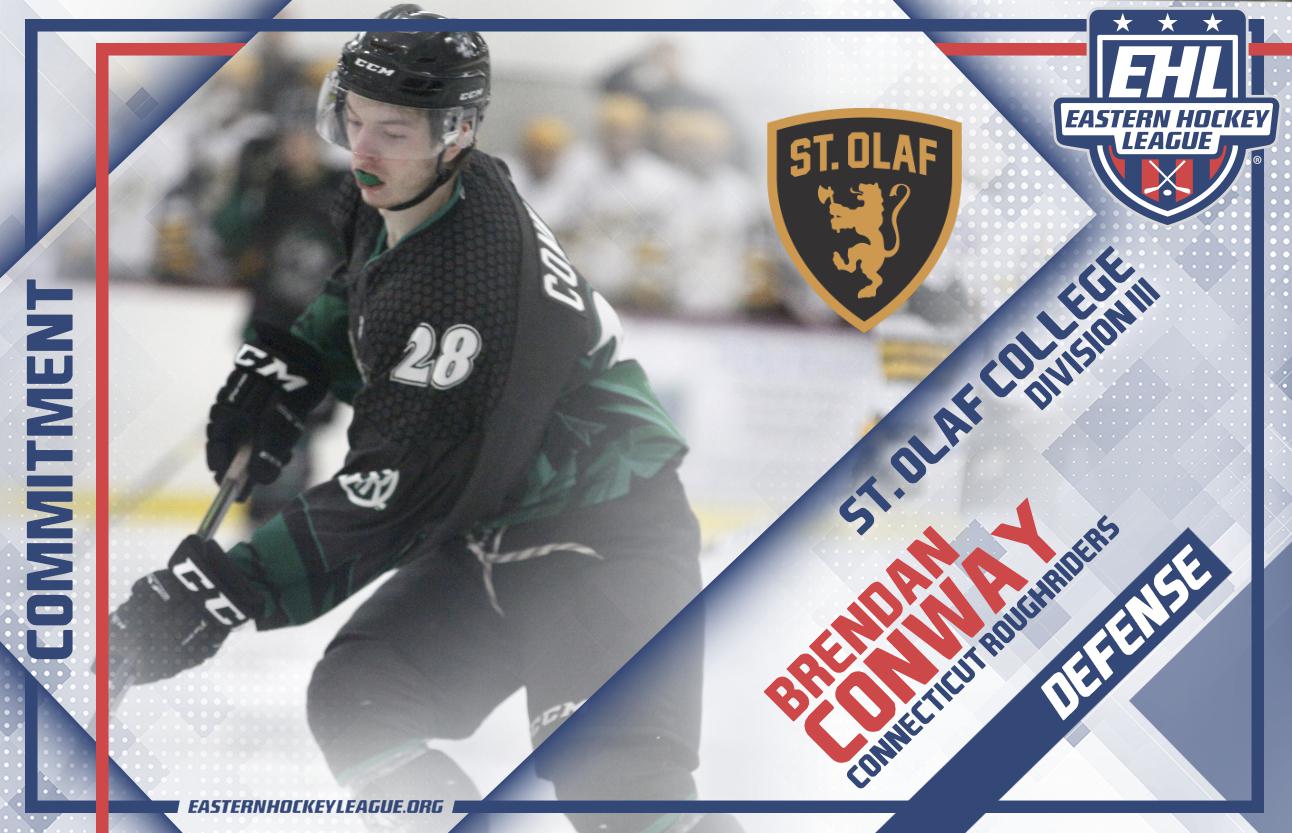