ASTON, PA -- Rece Bergeman, a forward for the Philadelphia Little Flyers, has committed to Fitchburg State University for the fall of 2019.

The '99 native of Newark, DE joined the Little Flyers in early October, and tallied 42 points (15 goals, 27 assists) in 39 total games this past season.

"Rece was a great addition to our team this season; he came to us a little into the year after playing in a different league earlier in the season and added offense to our team right away," said Little Flyers head coach and general manager Mark Catron. "He also added a little bit of grittiness to our lineup that we were in need of at the time. Rece gets in the corners, throws his body around, and uses his speed well. Mike [Narrigan] and I are proud of Rece and his commitment to Fitchburg State."

As Catron mentioned, Bergeman added a different style to the Little Flyers lineup, and one that helped the team make it all the way to this year's EHL Championship Game. While the Little Flyers ultimately came up just a goal short, Bergeman is still proud and grateful of the time he spent in the EHL.

"I am proud to announce my commitment to play college hockey and continue my education at Fitchburg State University," said Bergeman. "First, I would like to thank my family for all the support they gave me throughout my hockey career. Next, I would like to thank Coach Catron, Coach Narrigan, and the Giacobbo family for giving me the opportunity to play with the Little Flyers and make this possible. Lastly, I would like to thank Coach Fuller for giving me the opportunity to pursue my academic and athletic careers. I am very excited to start my college experience at Fitchburg State University next year."

Fitchburg State has always been a heavy recruiter of the Eastern Hockey League, as Bergeman is now the 19th player in #Eshow History to commit to join the Falcons. 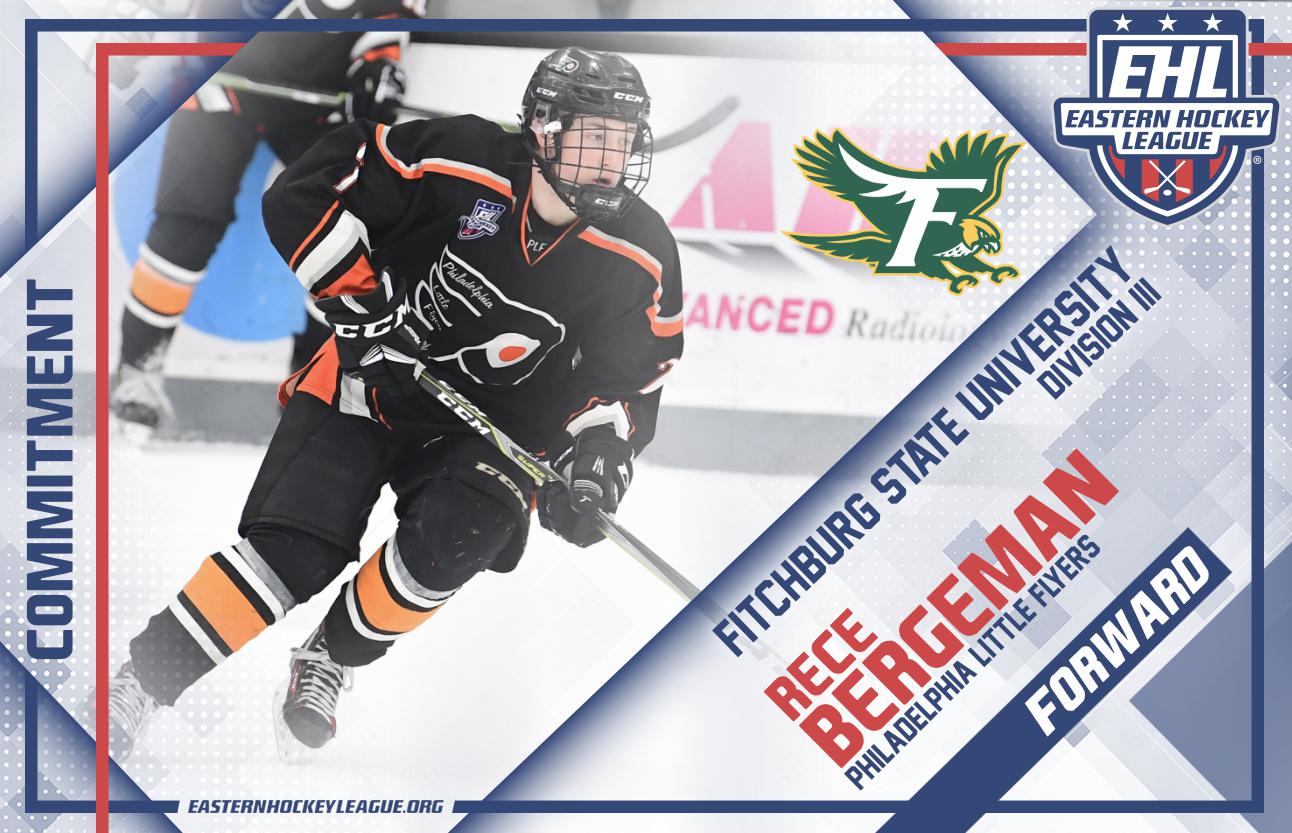