TEWKSBURY, MA -- John Grealish, a forward for the Boston Jr. Rangers, has committed to UMass Dartmouth for the fall of 2019.

"We are very proud of John on his UMD commitment,” said Rangers' EHL head coach and general manager Rich DeCaprio, “He’s another example of the ladder of development; playing for us for 3 seasons, his first year on EHLP, then he became an impact player for his last 2 seasons with our EHL team. He really matured into a solid young man, and hockey player here with us. I’m excited to see him play college hockey."

As DeCaprio mentioned, Grealish started out by playing his first year in the EHLP, tallying 40 points in 45 total games during the 2016-17 season. The veteran forward then made a smooth transition to the next level, as combined between the 2017-18 and 2018-19 seasons, Grealish notched 79 points in 102 career games in the EHL. Overall, Grealish is beyond grateful for everything that the Rangers did for him, along with everyone who helped support and guide him along the way.

“I started my junior hockey career with the Atlanta Knights under Coach Kevin St. Jacques," said Grealish. "I thank him for opening the junior hockey doors for me. From there I have spent the last three years playing for the Boston Junior Rangers under Coach DeCaprio, Coach Aucoin, and Coach Blair. Each coach was instrumental in making me the hockey player and person I am today. I thank each of them for their leadership, encouragement, and dedication to developing me. Not only have they taught me skills and trained me on the ice, but off the ice they have taught me the importance of integrity, mental strength, and balance in life. I’m looking forward to starting the next chapter of life, attending college at UMass Dartmouth, and continuing to grow in hockey this fall. I'd also like to thank all of my amazing teammates throughout the years. Lastly, and most importantly, I would like to thank my parents and family for all their support over the years, I wouldn’t be where I am today without them.”

Grealish is one of three Rangers players set to join the Corsairs this fall, as Clay Ellerbrock and Jake Maynard each chose the same program for the next step in their respective paths. 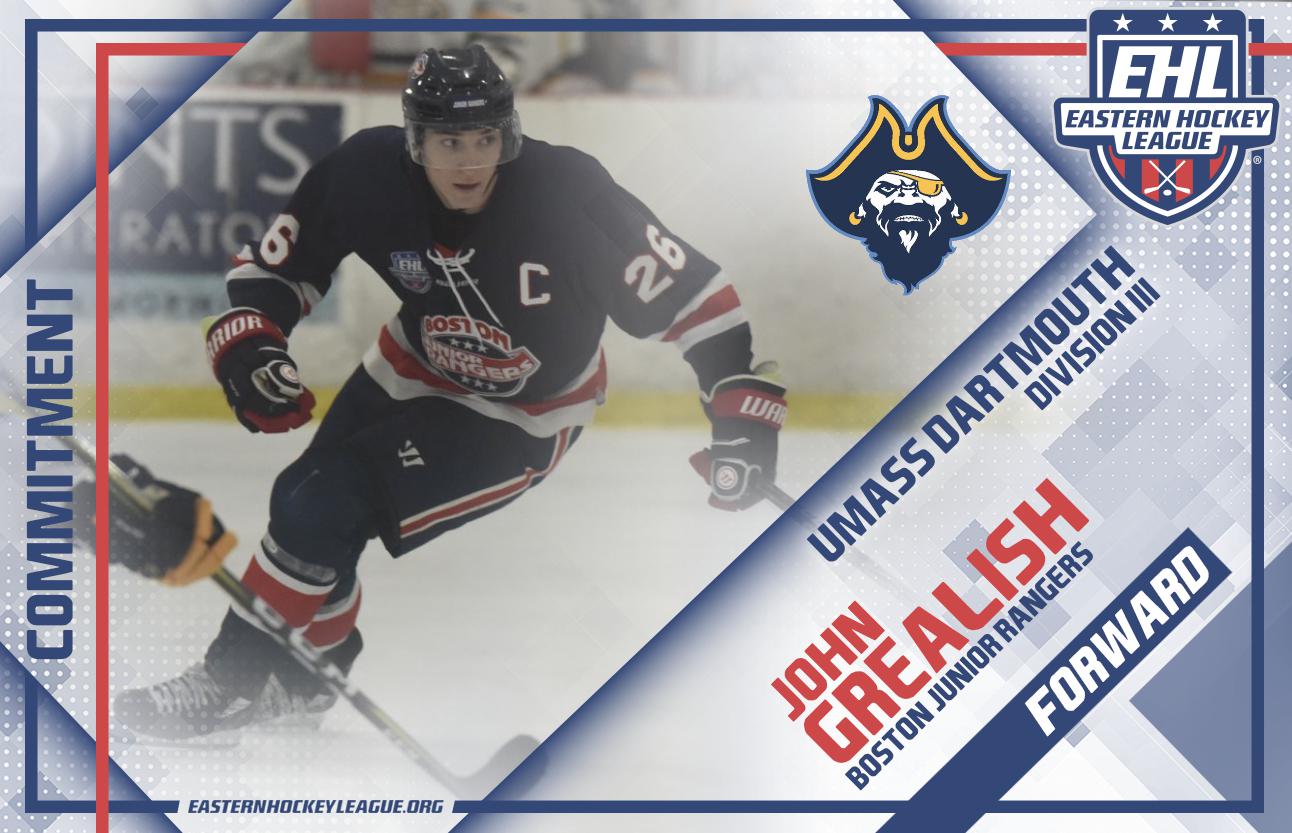