NORWALK, CT -- Connor Boyce, a defenseman for the Connecticut RoughRiders, has committed to Manhattanville College for the fall of 2019.

The '98 native of St. Albans, VT recently finished his second season in the Eastern Hockey League (EHL), and in total, Boyce notched 82 points in 91 career games.

"Connor is known for his offensive ability and has excellent hockey sense, poise, and coolness," said RoughRiders head coach Eric Lind. "Everything looks so easy and natural when Connor has the puck under control in the offensive zone. He is a great passer and a terrific puck rusher. He likes to get involved physically and can deliver good hits, which was a big plus for us over the years he was with us.”

Boyce is part of a strong class of incoming freshmen at Manhattanville, that includes four other EHL players from the 2018-19 season.

Overall, the five EHL players that chose the Valiants hockey program brings the grand total up to 12 league commitments since the #Eshow was formed back in 2013. 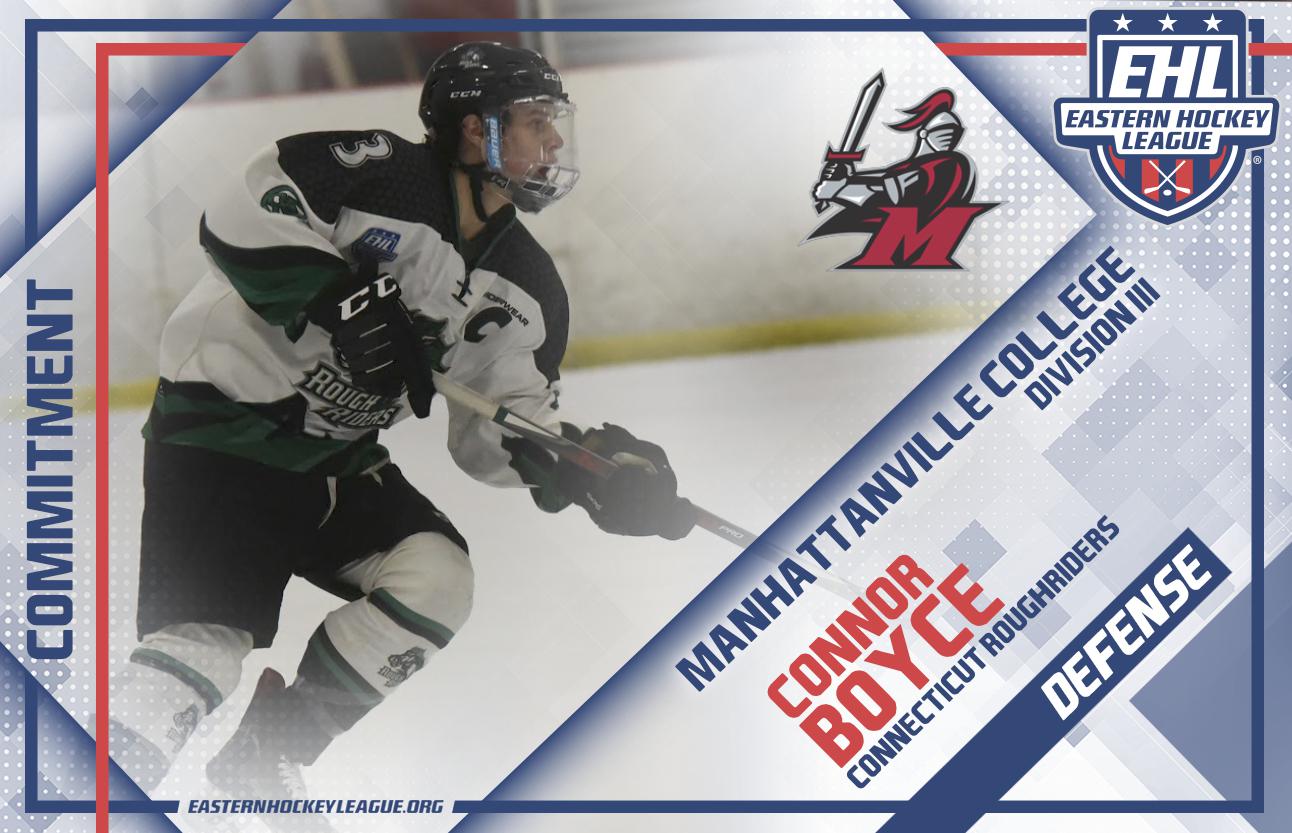