TEWKSBURY, MA -- Anton Metelev, a defenseman for the Boston Jr. Rangers, has committed to Fitchburg State for the fall of 2019.

The '98 native of Russia recently just finished his first and only season in the Eastern Hockey League (EHL), tallying 23 points in 47 total games on the blue line.

"We are very happy for Tony,” said Rangers head coach and general manager Rich DeCaprio, “He was only here for a season, but the strides he made were huge. He’s a heavy D that can really shoot the puck and plays very physical. We had to work on the PIMs early on, but he figured it out, and was one of our top D down the stretch running the PP. He’s a great kid and I’m really excited for him to get the opportunity to play for Fitchburg."

As DeCaprio alluded to, Metelev made tremendous strides over the course of the season, and played a key role in his team's postseason run. While the Rangers ultimately fell short of their main goal, Metelev is still proud of everything that both he and his teammates accomplished this year.

"It was a great experience playing for the Rangers," said Metelev. "I benefitted not just from the Rangers' program, but the whole league helped me improve myself both on and off the ice. Both the EHL and the EHLP teams were like a family to me, they showed me great support throughout the whole year. The coaches helped me to get to where I am now, as I have reached my goal of playing college hockey in the USA. I would like to thank Coach Decaprio, Coach Aucoin, and the rest of the Rangers organization for a great year, and helping me develop to the player I am today. I would especially like to thank my family, friends, and teammates for supporting me every step of the way. I’m very excited to be joining the Fitchburg State Falcons this fall.”

Along with a pair of alumni commitments and a mid-season commitment, Metelev has helped push the Rangers over the double-digit mark again this year. In total, the Rangers have 70 NCAA Commitments since the league was formed back in 2013, and that includes over 25 in just the past two seasons combined. 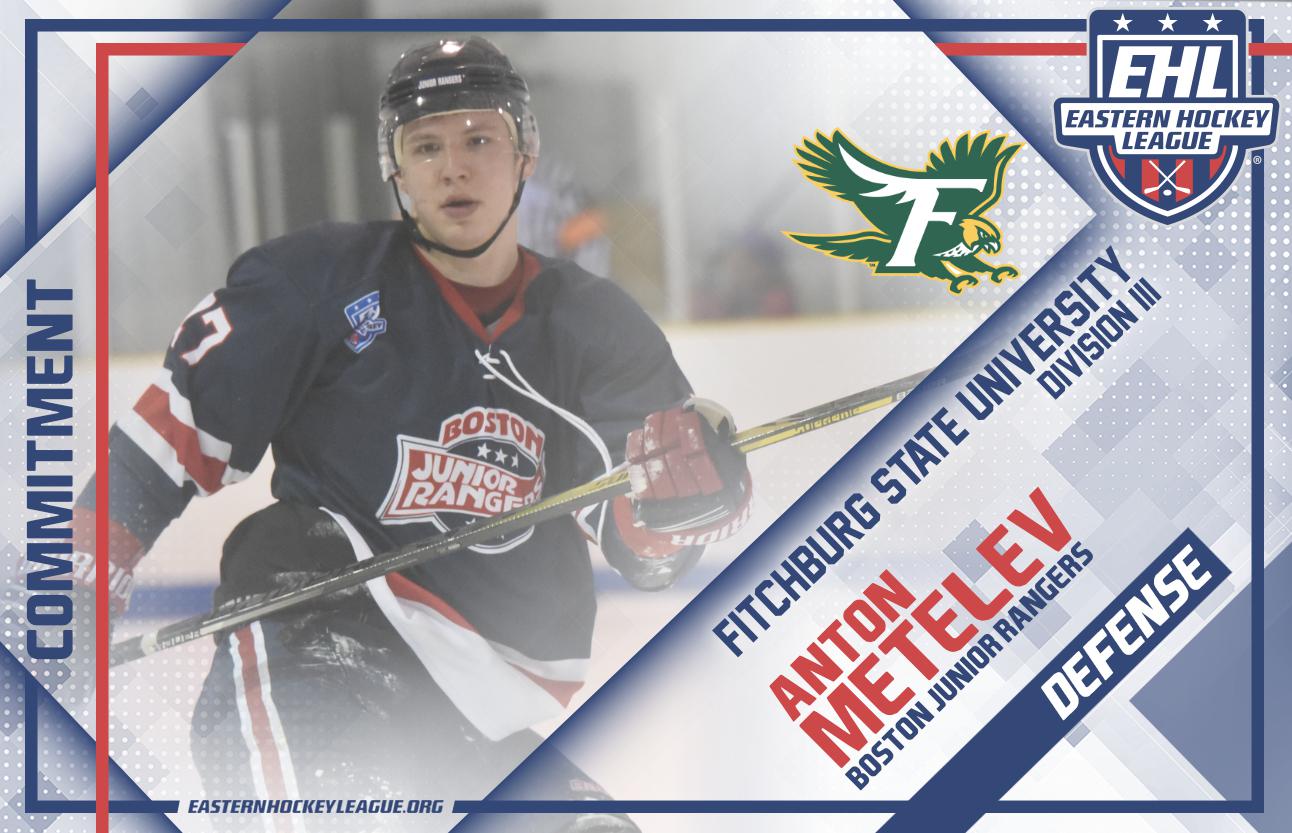