"The Wolves are extremely proud of the contributions that Hunter made to the program over the last few seasons," said Wolves general manager Andrew Trimble. "Hunter was a huge piece in our locker room, well-liked by every one of his teammates, and consistently put the team first. We are proud of Hunter for this accomplishment and wish him tremendous success in the next chapter of his career."

Kirouac is one of two players from the Wolves that is heading to Anna Maria this fall, as he will be joined by Nathan Trull, who recently made the same decision. When the pair of teammates arrive on the Amcats' campus, they will also join a pair of former teammates in Brendan Boncore and Noah Morning, who will be sophomores in the program this upcoming year.

Overall, Anna Maria has heavily recruited the EHL ever since they launched their NCAA Division III program last fall. With the additions of Kirouac and Trull, that runs the total up to 14 league commits over the past two seasons. 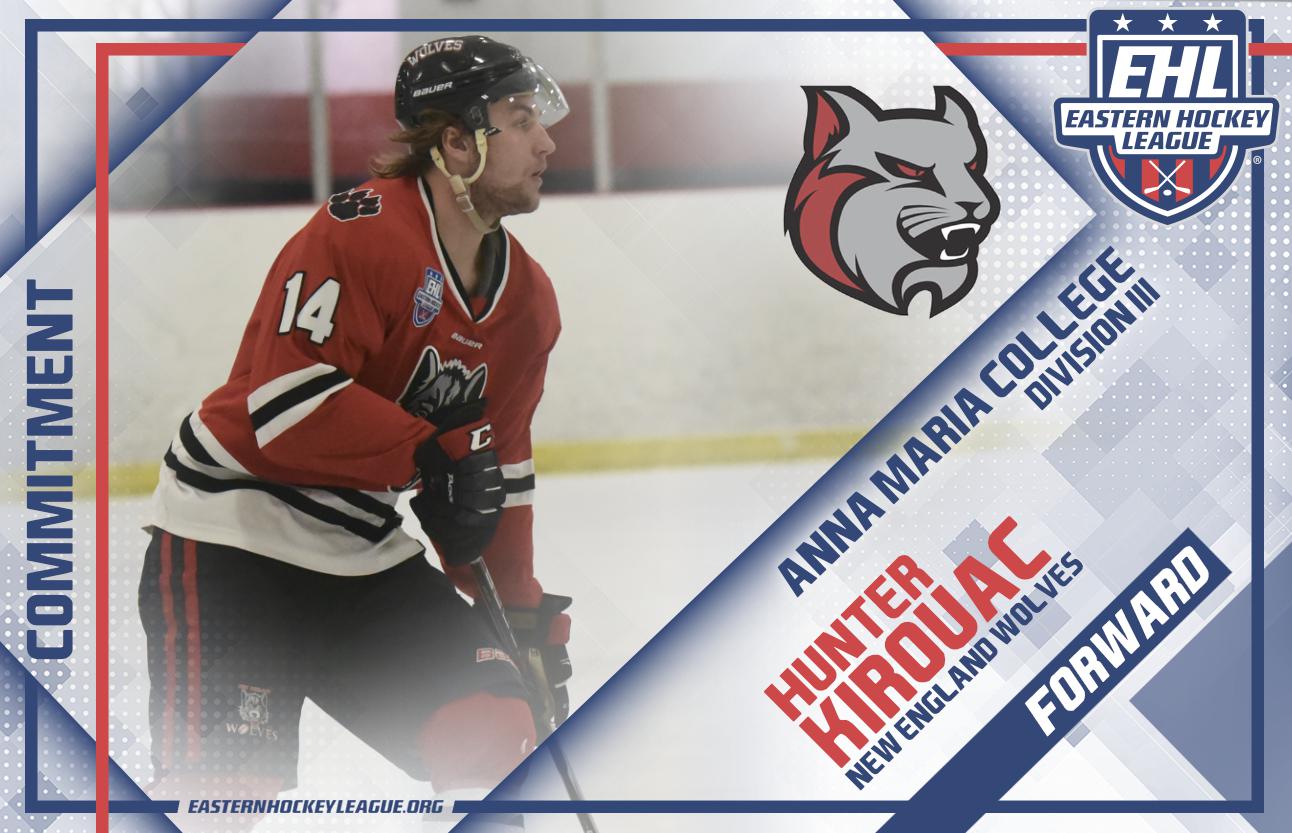