NORWALK, CT -- Tanner Paterno, a forward for the Connecticut RoughRiders, has committed to Becker College for fall of 2019.

The '98 native of Surprise, AZ spent a pair of years in the Eastern Hockey League (EHL), tallying seven points along the way.

"Tanner has a keen hockey sense," said RoughRiders head coach and general manager Eric Lind. "He has solid skating abilities, which improved tremendously even more this past season. He works hard and takes care of his defensive duties, and is hungry for loose pucks in all zones. He has a great attitude and approach to the game."

Paterno unfortunately had to miss a big chunk of this past season due to injury, but he didn't let that stop him from making his college commitment. Overall, the veteran forward is one of two EHL players set to join the Hawks this fall, and since the league was formed, Becker has now committed 19 players to join their program. 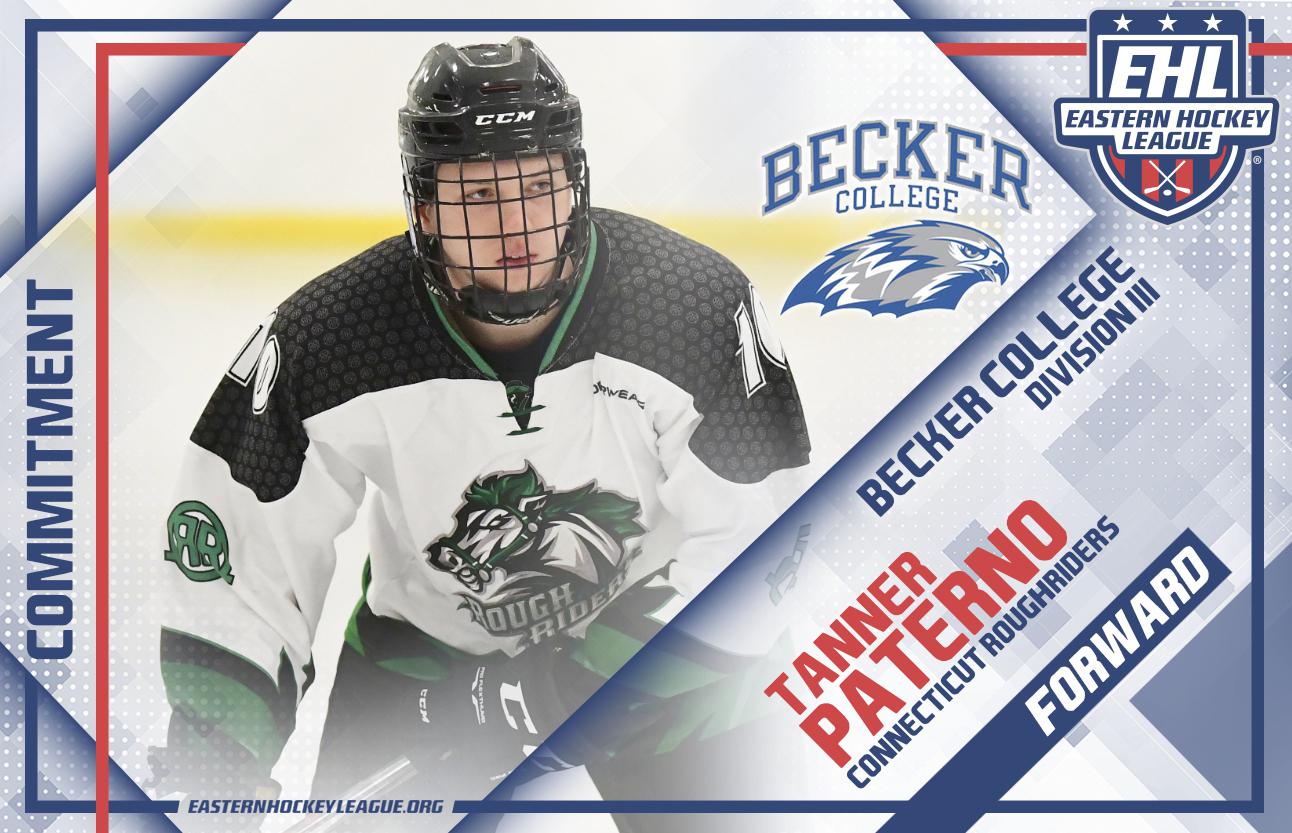