"The Wolves are extremely proud of the contributions that Nathan made to the program over the last few seasons," said Wolves general manager Andrew Trimble. "Nate came to us from Division III NH High School hockey, where he starred for Berlin HS, and has developed into the player he is today with our program. We are proud of Nate for this accomplishment and wish him tremendous success in the next chapter of his career."

Trull is now set to join the Amcats this fall, alongside his teammate Hunter Kirouac, who also made his commitment earlier this month. Together, Trull and Kirouac bring the total up for four, for Wolves players that have advanced on to Anna Maria.

As for Wolves players that have climbed the ladder from the EHLP, to the EHL, and then onto NCAA hockey, Trull is the 7th player to add his name to this list. In total, over 50 players in league history have worked the full way up the ladder of development. 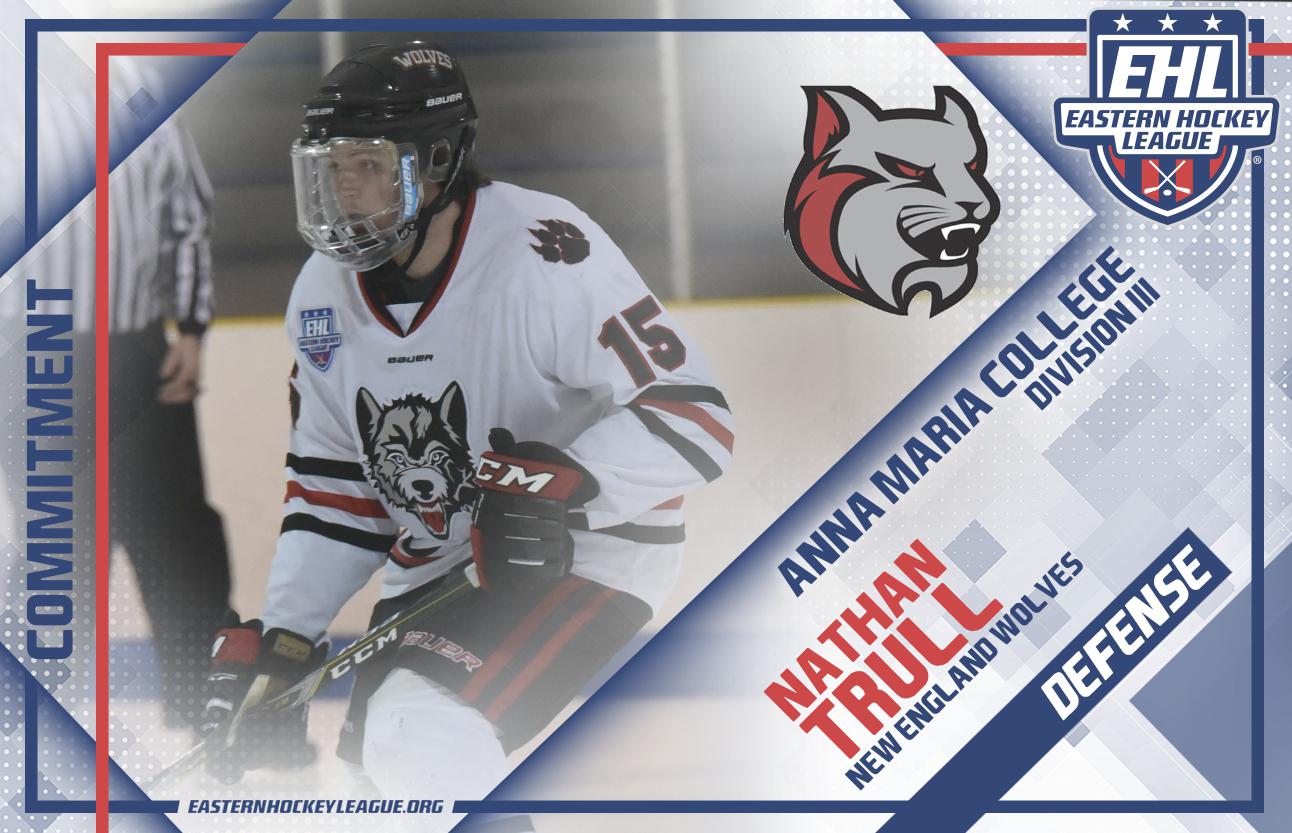