Over 75 Players and Coaches Make the Jump, Thanks to the #Eshow

BOSTON, MA -- 987 NCAA Commitments, that was total as of this morning in the Eastern Hockey League (EHL). Included in that total are 88 players that have advanced on to Division I hockey, many of which have done so by climbing the USA Hockey Ladder of Development to the North American Hockey League (NAHL) and the United States Hockey League (USHL). 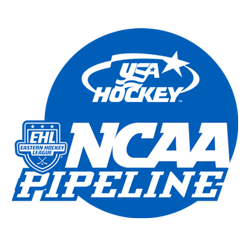 While the EHL is known as the leader in Direct-To-College Advancement at the Division II and III levels, there have also been a number of players that have used the league as a stepping stone to help advance to the highest level of NCAA Ice Hockey.

Looking back through the years, and the player that sticks out the most is Cayden Primeau, an alumnus of the Philadelphia Revolution. Most recently, Primeau signed with the Montreal Canadiens, following a phenomenal two years at Northeastern University. At the beginning of his journey, Primeau turned heads as a 16-year-old in the EHL. During the 2015-16 season, the '99 native of Voorhees, NJ posted a remarkable 1.86 goals against average to go along with a league-leading .951 save percentage. At the end of the year, it came as no surprise when Primeau was named the EHL Goalie and Rookie of the Year, and he's only continued to climb from there.

"My time with the Philadelphia Revolution was huge for my development. It really taught me the junior style game, which ultimately set me up for college. I wouldn’t have changed my decision to play in the EHL, and with the Revolution for anything." -- Cayden Primeau

While Primeau can be listed as the best goaltender #Eshow History, there have been many other players and netminders that have spent a year in the EHL and then continued to work their way up.

Eduards Tralmaks was awarded Most Valuable Player and Forward of the Year honors back in 2015-16, and after that he went on to be named the USHL's Playoff MVP (2016-17), and now plays for the University of Maine.

From Tralmaks, to Blake Bride and Mike Robinson of the Boston Jr. Rangers, to Alex Peterson and Brett Abdelnour of the Philadelphia Little Flyers, the list goes on an on.

Scroll down to read more of what some alumni had to say of the #Eshow, and stay tuned all offseason as we continue to highlight all of the different pipelines that have been created since 2013. 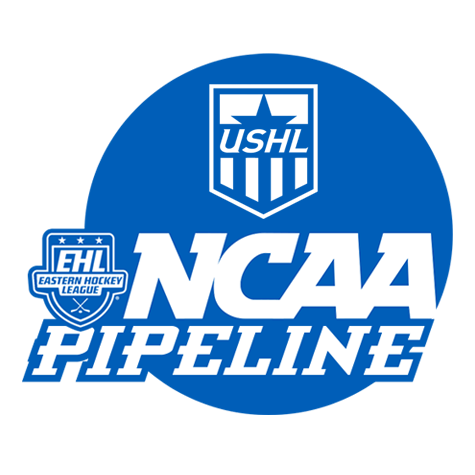 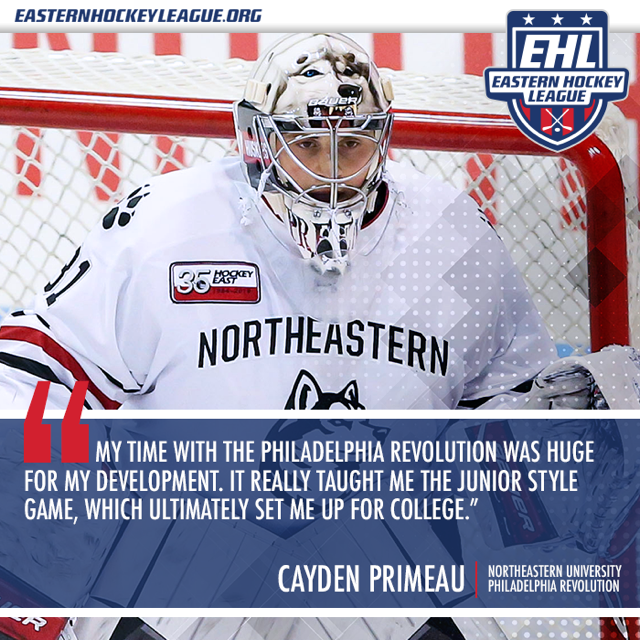 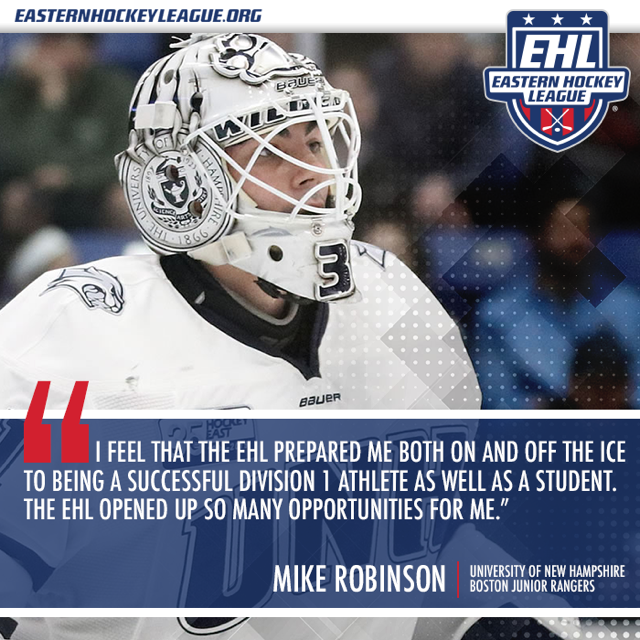 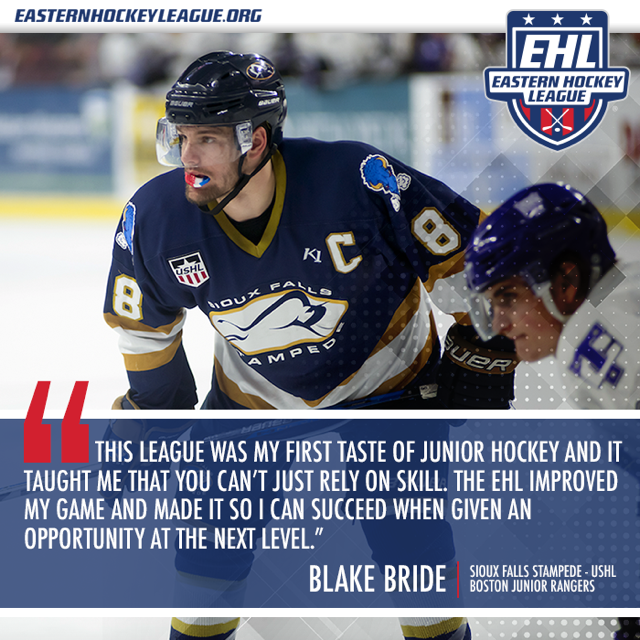 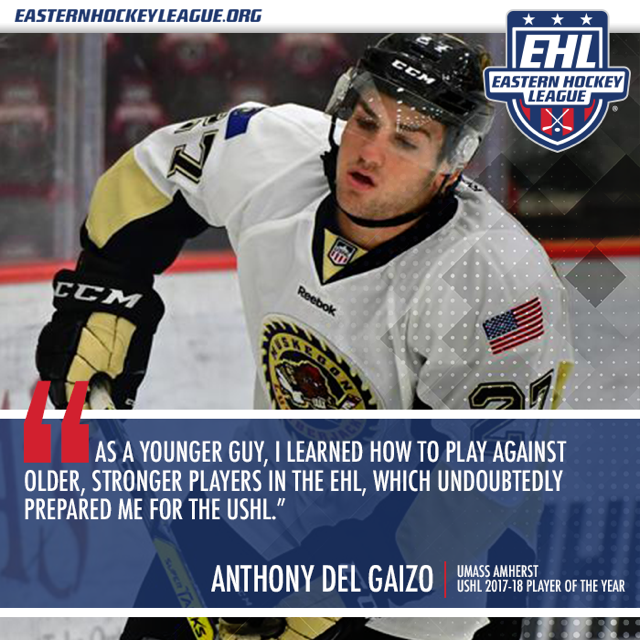 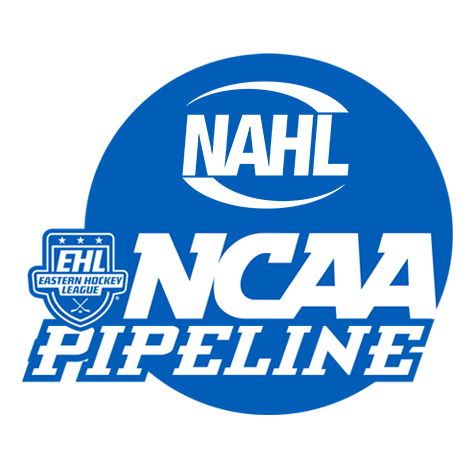 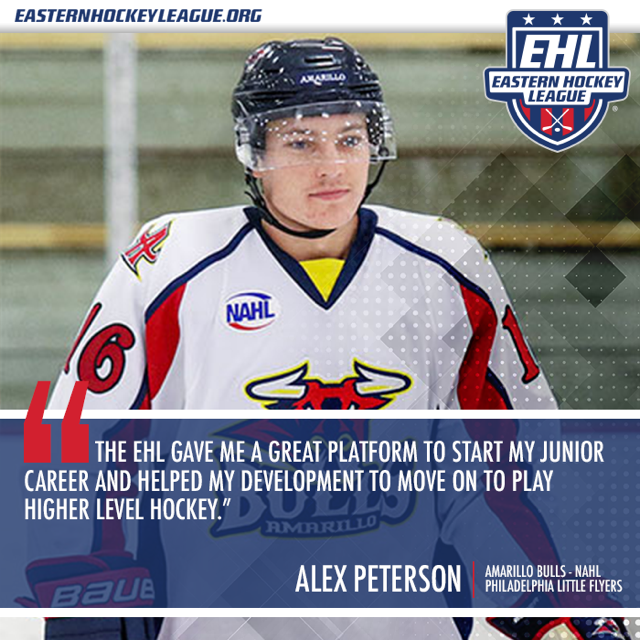 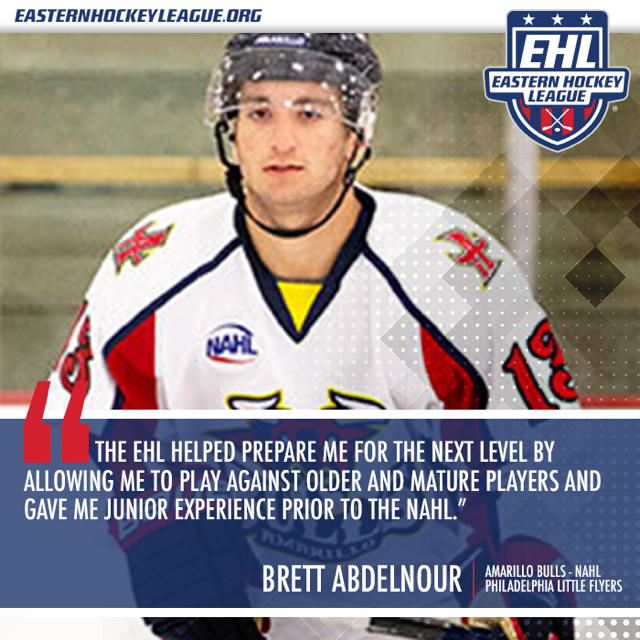 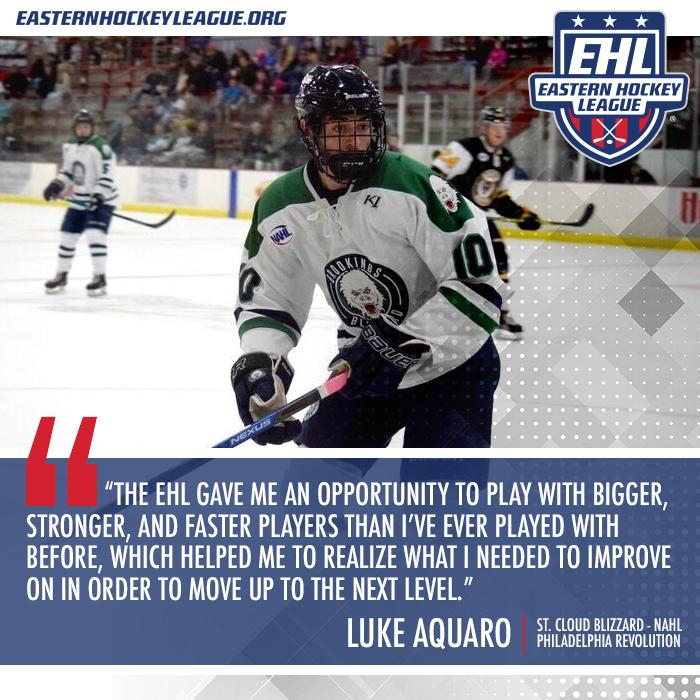 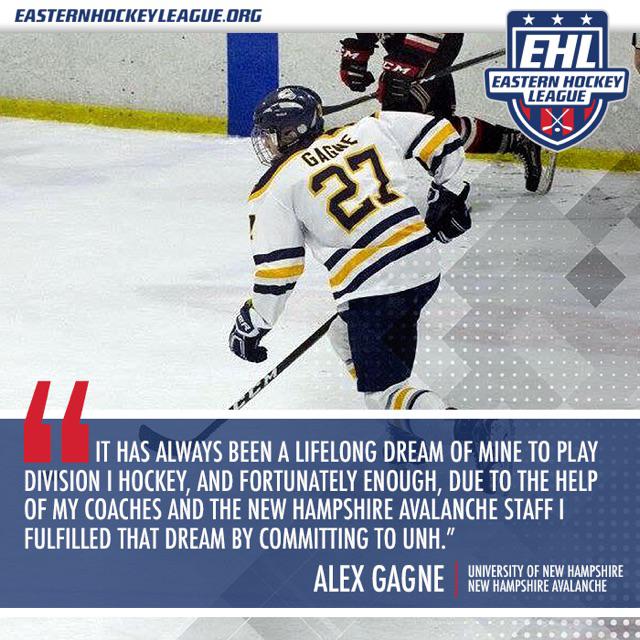