The Inspiration Behind the Champions

Taking on the Challenge of Autism with a Positive Outlook

HOOKSETT, NH – On Saturday, September 21st the New Hampshire Avalanche will kick-off their 3rd season of operating a junior hockey franchise. In the first two years of the program, the Avalanche amassed an overall record of 89-14-4, helped 34 players make their NCAA Commitments, and won two championships in the Eastern Hockey League (EHL). With the addition of a team in the Eastern Hockey League Premier (EHLP) this fall, everything seems perfect for what has become one of the top junior programs in New England. However, there has been one tremendous battle behind the scenes, and it involves arguably the most influential member of the organization.

Kyle Romano is the stepson of Chris Cerrella, the Head Coach and General Manager of the Avalanche. Kyle, 22, is known as the team manager for the Avalanche, and there is simply no bigger fan of the program. What makes Kyle special isn’t the fact that he battles his case of autism, but more specifically, the way he embraces the challenge. The “Cheese” as the players call him, views his autism as a way to prove that no matter what you face in this world, nothing can stop you from reaching your accomplishments, as long as you stay focused and remain positive.

"I started playing hockey at 3 years old because of my Uncle Nick,” said Kyle. “Having autism never stopped me from playing until I got older. I want everyone out there who has autism to always stay positive. Having autism is something special and never let anyone tell you that you cannot accomplish something just because you have it.”

Kyle is an inspiration for everyone around him, starting with his father. Cerrella brings Kyle to every game and every practice, as he truly enjoys the time he gets to spend in the rink.

“As far back as I can remember, Kyle had a love and passion for the game of hockey,” said Cerrella. “He played youth hockey growing up, then played for his high school team, and practiced with my MJHL junior team, where he also got to play in a few junior games. Over the last 10 to 11 years he has not missed many games and has become the biggest fan of the Avalanche. He travels with the team and goes to every home and away game, including showcases. He has become an inspiration to not only our players, but to our staff. Everyone in the Avs organization and the EHL has made him feel like part of a team. It is something very special to our family, but most importantly to Kyle.”

It’s this impact on those around him, that has made Kyle the most popular guy in the room, every time he steps into the rink. It’s also the reason why many people were concerned earlier this summer, when Kyle had to be checked into the hospital. Dealing with his autism can at times bring on unimaginable depression for Kyle, and when you combine this with a lack of hockey being played during the summer months, it makes sense as to way he has been going through a difficult time. Kyle has remained in the hospital for the past nine weeks, but as mentioned above, he's also remained positive.

“Kyle [the cheese] is as big of a part of the team as any one of the players is, which is why when I found out what he was going through, I reached out right away,” said Tim Cronin, a forward for the Avalanche’s EHL team. “From his pre-game pep talks, to the long bus rides, you can always count on Kyle to keep the boys fired up and ready to get on the ice. There’s nothing better than walking into the rink on gameday and seeing Kyle’s ear-to-ear smile with a coffee in hand. He cares so much about our team, and in particular the players, and we all rally around that. I know I can speak for the rest of the team when I say that we are excited to get back to work, as the start of the season will surely make Kyle excited as well.”

It’s truly the positive mindset that keeps the wheels churning, and it’s why Cerrella is confident that Kyle will be able to return home very soon. Kyle knows a new season is on the horizon, and with it will come a chance for the Avalanche to become the first team in EHL history to win three consecutive championships.

“We all love Kyle, and know that there’s no way he will miss our opener," said Mario Martiniello, the owner of the Avalanche. "The coaching staff, office staff, rink staff and especially the players can’t wait for him to return home and for the season to start. Words truly cannot describe how much he means to the Avalanche family.”

Both Avalanche junior teams will kick-off the 2019-20 season on Saturday, September 21st against the New England Wolves, with the EHL game scheduled for 4:20pm and the EHLP game set to follow at 7:30pm. 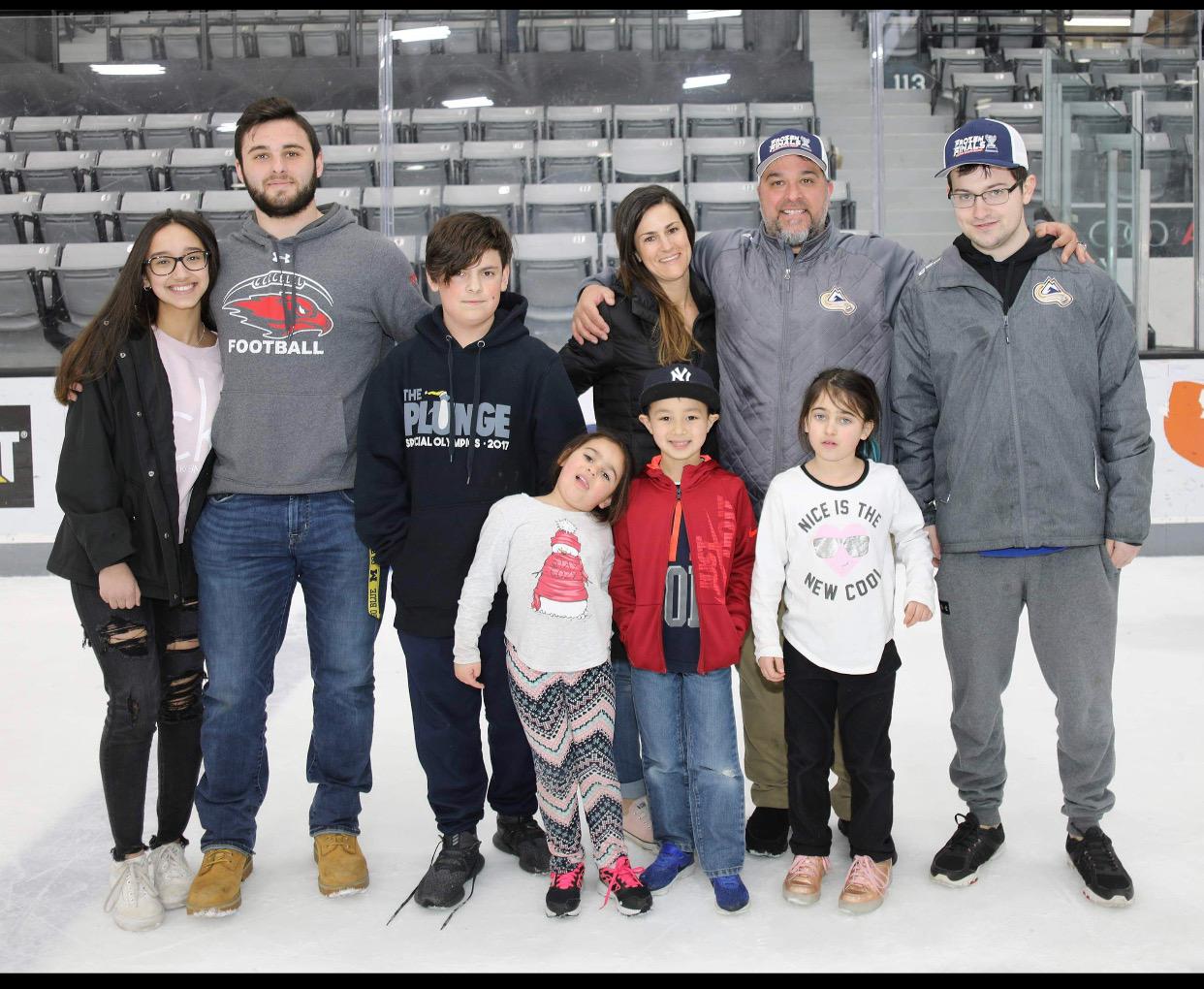