HOOKSETT, NH -- Aaron Garrison, a forward for the New Hampshire Avalanche, has committed to Johnson and Wales University (JWU) for the fall of 2019.

Despite injuries limiting Garrison to just two games this past year, the '98 stayed motivated to reach a goal he had always dreamed of.

"Aaron had a tough season with injuries, but he battled through," said Avalanche head coach and general manager Chris Cerrella. "Losing him early in the year with a season-ending injury was tough on us, and even tougher on him. I am very excited that he will have the opportunity to continue his hockey and academic career, as he truly has earned it. He will bring some speed and jam to Johnson & Wales offense next season. We wish Aaron and his family the best of luck.”

As Cerrella mentioned, the final injury that cost Garrison the season was crushing, but he did mange to finish with three points (one goal, two assists) in the pair of games he played in this year. Garrison kept a positive outlook throughout the year, knowing that if he stayed focused and followed the guidance of his coaches, he could still make his commitment.

"I am pleased to announce that I have committed to play Division III hockey at Johnson & Wales University in Providence, Rhode Island," said Garrison. "I’m extremely excited about being a student-athlete at JWU, and playing for Coach Eric Graham. JWU allows me to earn a degree in business and also allows me to continue my hockey career. I want to thank Coach Cerrella and Coach Martiniello from the Avalanche for their continued effort in helping me get placed into a solid Division III program, all while earning a degree after an incredibly difficult season of injuries. I couldn’t have continued playing if it wasn’t for their efforts."

Garrison is the 16th commit for the 2018-19 Avalanche, following a season that saw the back-to-back EHL Champions send 19 players off to college. The crafty forward is also the 23rd player in league history to commit to join the Wildcats program.

Both Avalanche junior teams will kick-off the 2019-20 season on Saturday, September 21st against the New England Wolves, with the EHL game scheduled for 4:20pm and the EHLP game set to follow at 7:30pm. 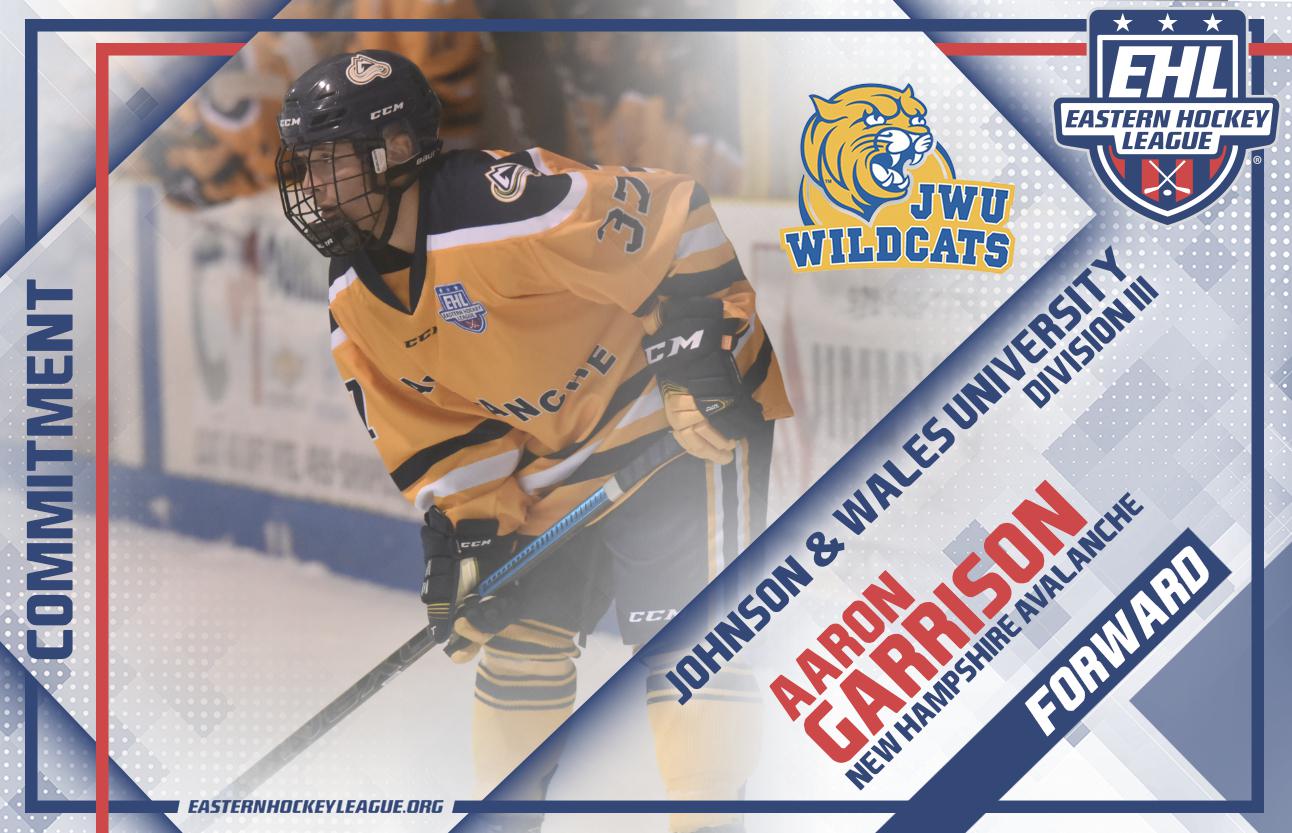