LACONIA, NH -- Rob Haak, a defenseman for the New England Wolves, has committed to Morrisville State for the fall of 2020.

The '99 native of Spencerport, NY is off to a great start in his first season in the Eastern Hockey League (EHL). Through his team's first nine games, Haak has eight points, and that includes both game-winning goals from the September showcase.

Haak is one of the first commitments of the season in the EHL, and the 8th player in league history to choose Morrisville State.

With this weight now off of his shoulders, Haak can focus primarily on developing throughout the rest of the year. The veteran defenseman has played big minutes for the Wolves, who find themselves right in the thick of things in the New England Conference.

Coming up this weekend, the Wolves will get tested with matchups against the Philadelphia Little Flyers and the New Jersey 87s in the next event of the 2019-20 EHL Showcase Series. 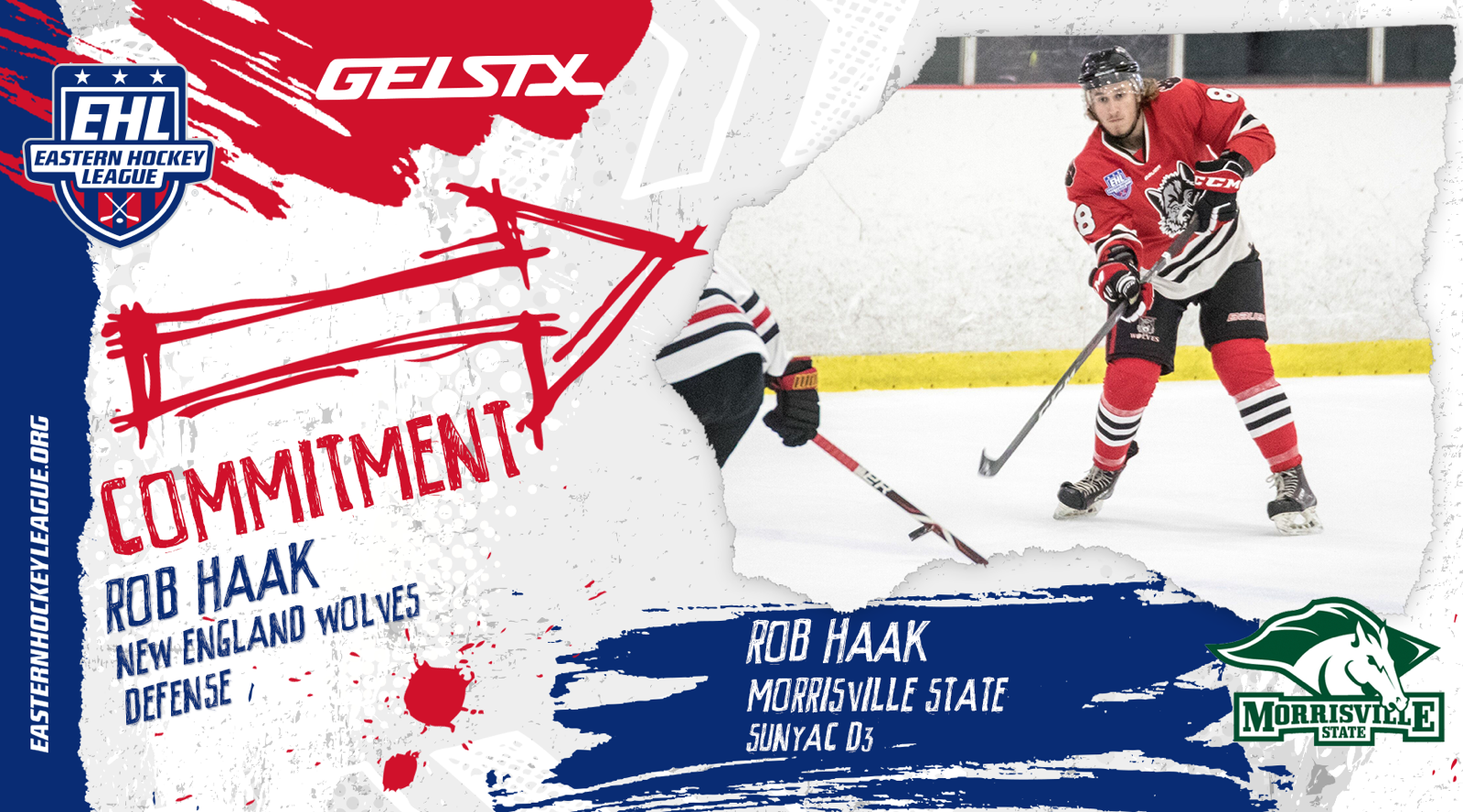