Tonight's matchup marked the 3rd straight season where the EHL All-Stars faced-off against the Beacons. UMass won the first-ever EHL All-Star Game back in 2017 by a score of 3-1, and followed up with an 8-5 win last season.

Going into this season, the Beacons currently have six EHL alumni on their roster. 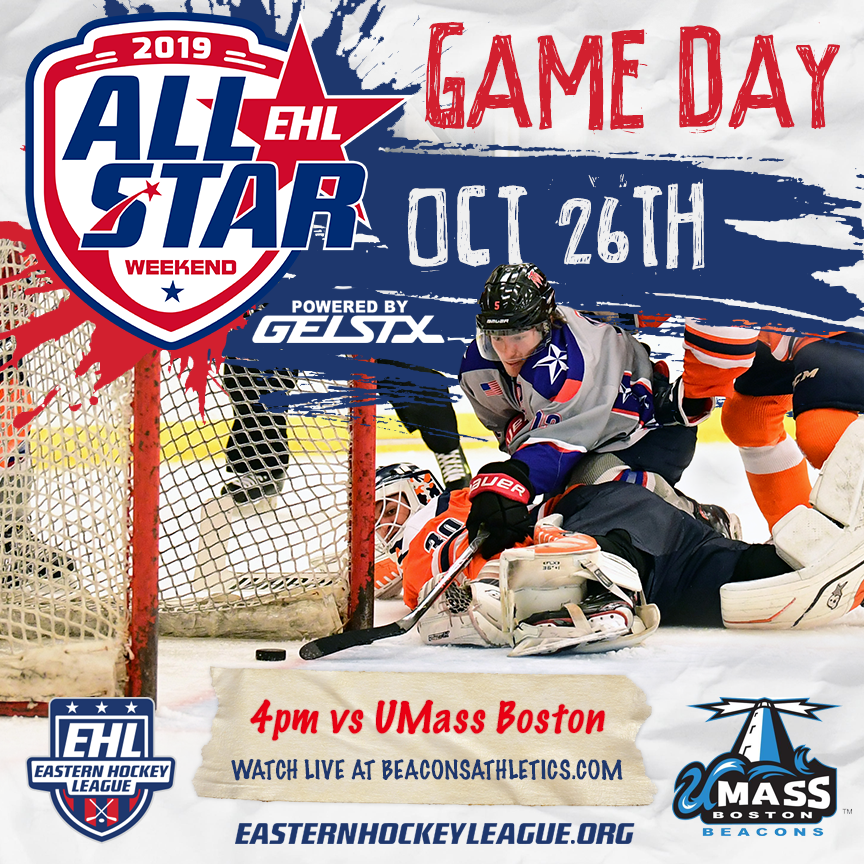 The Beacons came storming out of the gate and took the lead just 34 seconds into the contest. EHL alum Nolan Redler scored the second goal for UMass, as the former Cyclone has now notched a goal in each of the three games he has played against Team EHL. Back in the 2017 All-Star game, Redler led the way, scoring a hat-trick for the Beacons in their win. UMass added four more goals in the frame and took a 6-0 lead into the break. 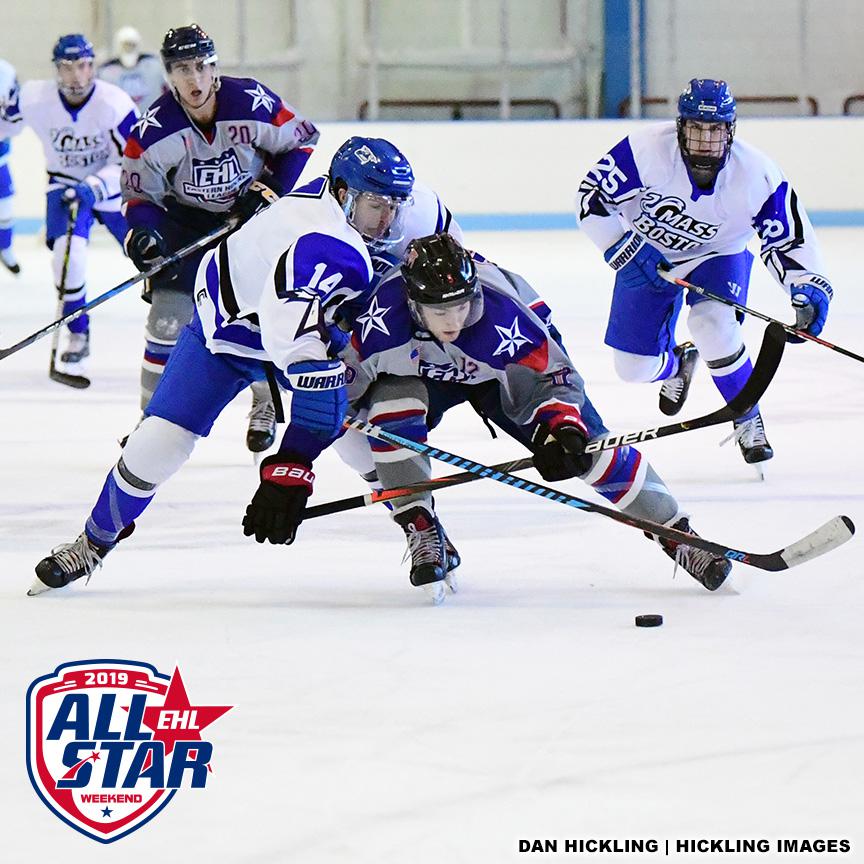 Former Boston Jr. Rangers' standout goalie, Nolan Egbert, entered the game for the Beacons in the 2nd frame. Egbert won 2018 EHL Goalie of the Year honors and also stood on his head at the 2018 All-Star Game against UMass Boston, stopping 36 shots against his future team.

Neither squad was able to find the back of the net in the 2nd period as Egbert turned away all 6 shots he faced. Philadelphia Jr. Flyers' goaltender, Sean Dynan, was solid as well in the period, stopping 16 total shots as the game remained 6-0 in favor of the Beacons. 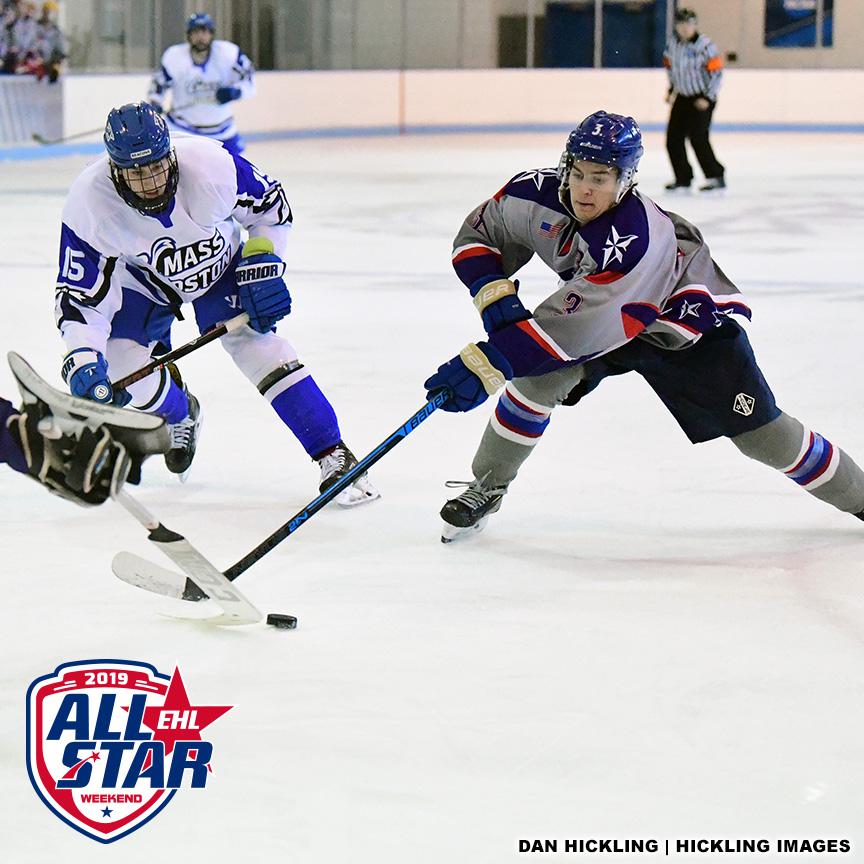 The Beacons added two more goals in the 3rd period and won by a final score of 8-0. Redler collected an assist on one of the 3rd period tallies. The final shot count from the last EHL All-Star Game of this season was 39-17 in favor of the Beacons.

The EHL would like to thank everyone involved in putting together this year's EHL All-Star Week including all 31 EHL players across 19 teams, the EHL coaching staff, and each of the three opponents (Fitchburg State, Salem State, and UMass Boston). 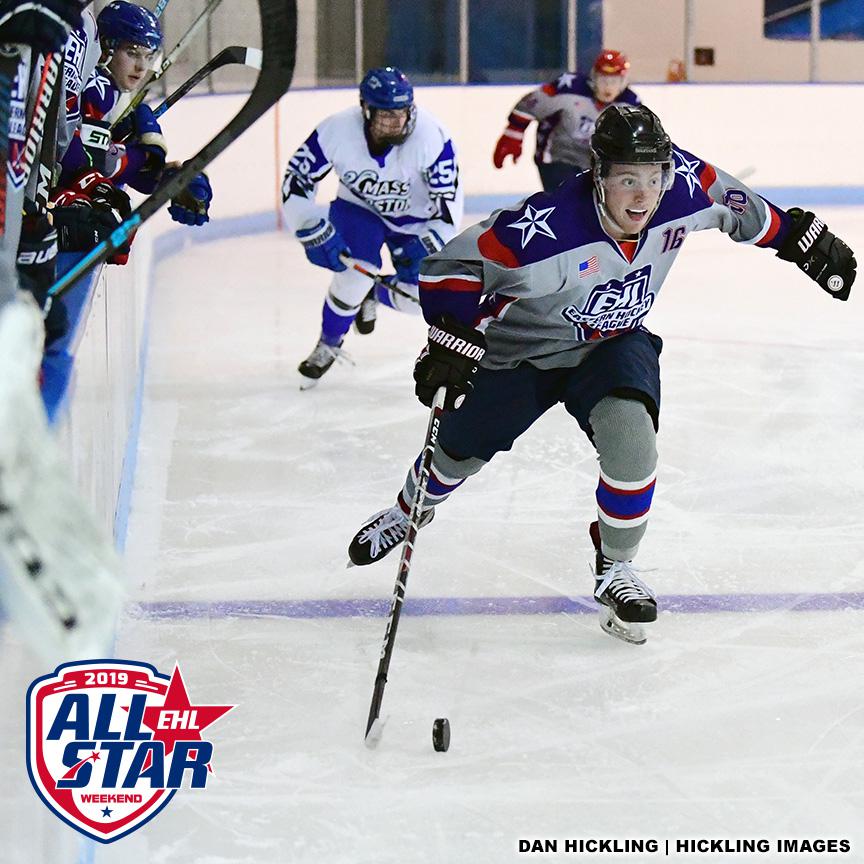