Warrior Hockey Stars of the Week #7

As is consistent with every week throughout the season, there were a number of top-notch performances turned in this past week, and plenty of worthy candidates for our weekly honors.

The EHLP is pleased to announce that Payton Jones (New Jersey 87s), Nate Rider (Boston Jr. Rangers), and Carson Gates (New England Wolves) have been named the Warrior Hockey Stars of the Week.

Jones and 87s swept their home-and-home series with the New Jersey Renegades, picking up four points and moving into 2nd place in the Mid-Atlantic Conference. During the first game of the weekend, Jones was able assist on two of the seven goals for the 87s. The ’01 forward then ramped things up during game #2, scoring a hat-trick, and propelling his team to another seven-goal performance.

Jones and the 87s will now look to extend their winning streak up to five games, as they head to Staten Island on Saturday to take on the New York Bridgemen, before returning home to host the 1st-place Philadelphia Little Flyers on Sunday.

Rider and the Rangers hit the ice for just a single game this past weekend, as they picked up an 8-2 victory at home over the Walpole Express. The native of Aurora, CO had his best game of the season, dishing out four assists in the contest.

Despite have played the fewest amount of games (11) in the New England Conference, the Rangers still currently sit in 3rd place with 18 points. Rider and the Rangers have now won each of the first two matchups with the Express, and they will look to remain perfect against the conference rival, with the two teams facing-off in a home-and-home series this weekend.

Gates and the Wolves posted a 2-0-0 record this past weekend, earning victories over the Valley Jr. Warriors on Saturday, and the top-ranked Avalanche on Sunday.

The 2000-born netminder was in net for the win on Sunday, and played a huge role while turning aside 45 of the 48 shots that were sent his way. This was the Wolves first win of the season over the Avalanche, and they will look to build off of this momentum, with three road games in a row this weekend. 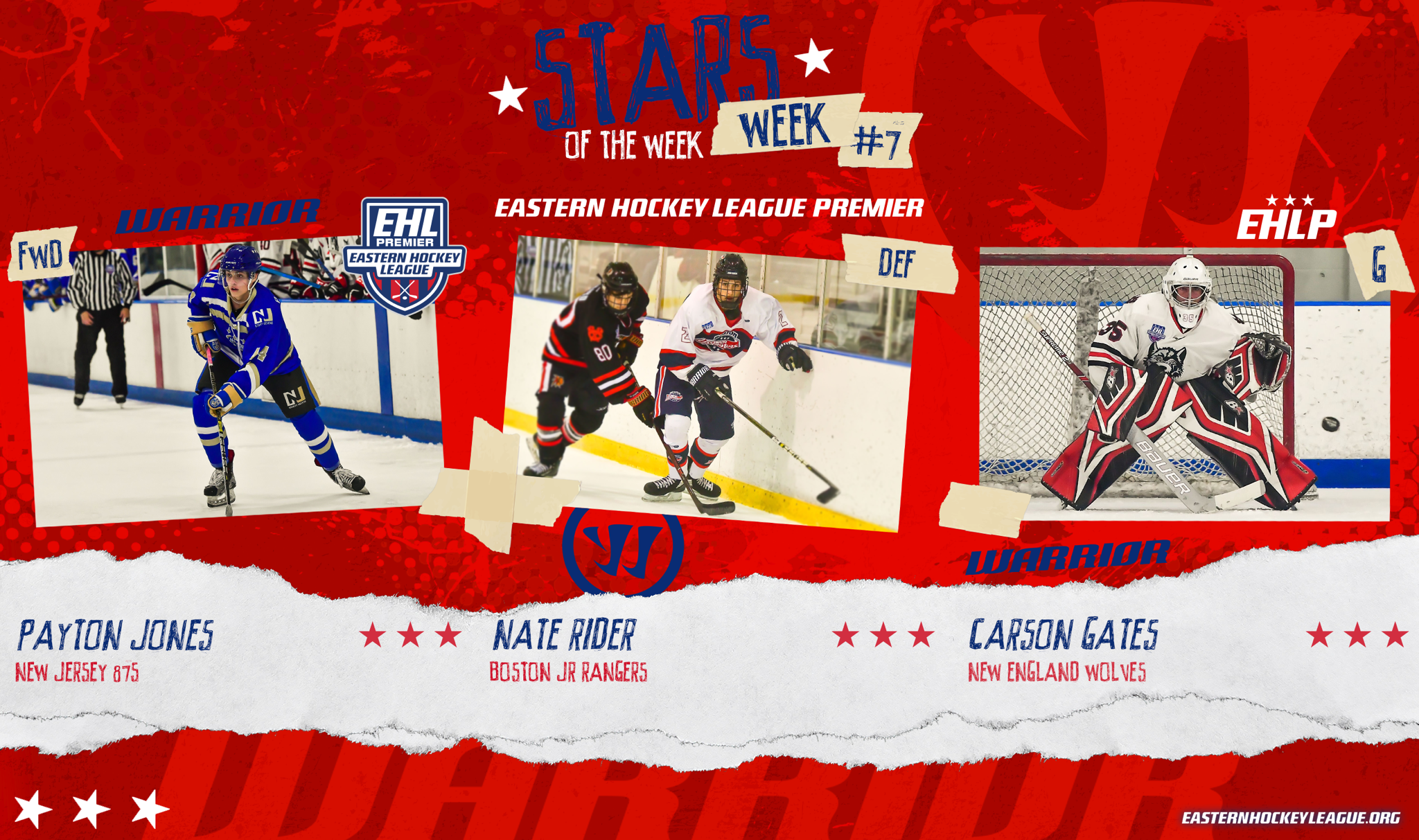