Lumberjacks Climb Up to Top Spot

In the latest set of EHL Power Rankings, four of the five teams remained the same, but the order has changed.

The most notable change comes at the top, as the Vermont Lumberjacks swept their two-game series with the New Hampshire Avalanche. After splitting the pair of October matchups that took place in New Hampshire, the Lumberjacks skated away victorious from both contests at home in Vermont, to become the new top-ranked team.

With this shift, the Seahawks Hockey Club also moved up a spot to #2, while the Avalanche fell back to #3. The Boston Jr. Rangers stay pat at #4, and a four-game winning streak for the New Jersey 87s moves them back into the top-five.

As for the EHLP, not much has changed since the week #6 rankings, as the Philadelphia Little Flyers and New Hampshire Avalanche flip-flop the top two spots.

Coming up this weekend, both divisions will head to northern Massachusetts, for the November Showcase. 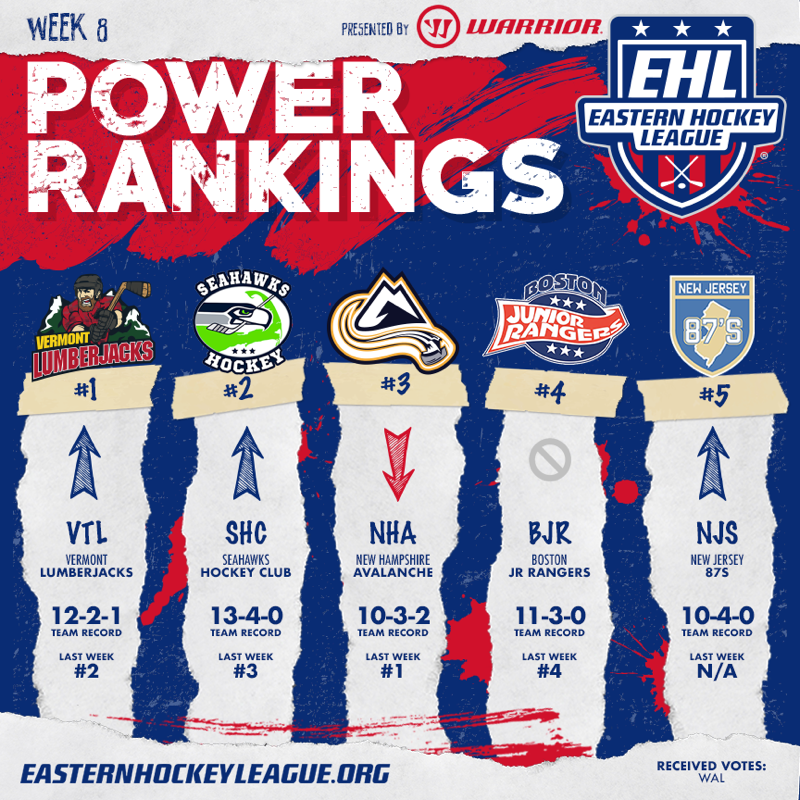 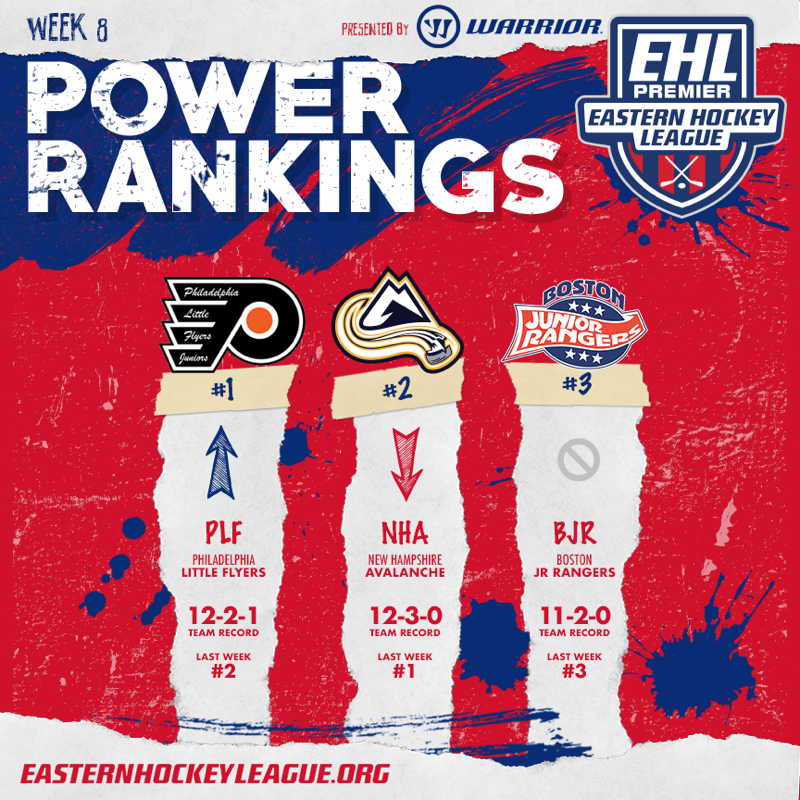