Warrior Hockey Stars of the Week #8

Below you'll find the 8th set of Warrior Hockey Stars of the Week, from the past seven days in the EHL and EHLP.

This past week in the EHL was busy with action on every single day, and 24 total games across the league. With every team returning to to the ice, there were plenty of worthy candidates for our weekly honors.

The EHL is pleased to announce that Daniels Leja (New Jersey 87s), Rory Gresham (Team Maryland), and David Reduzzi (Vermont Lumberjacks) have been named the Warrior Hockey Stars of the Week.

Leja and the 87s have served as the kryptonite for all three Philadelphia teams this season, and that was proven once again this past week. New Jersey notched victories over the Philadelphia Jr. Flyers (5-3), the Philadelphia Revolution (6-5), and the Philadelphia Little Flyers (7-2). The '99 native of Latvia led the charge with three points in each of the three games. For the season, Leja now has 22 points in just 12 total games to date.

Leja and the 87s have won four straight contests, as they get set to face-off with the Connecticut RoughRiders on Wednesday, and then the Walpole Express and Seahawks Hockey Club at the November Showcase.

Moving back to the blue line, Gresham and Team Maryland had a successful weekend as well. The team traveled south for a pair of games against the North Carolina Golden Bears, picking up four points in the process, and moving into a tie for 2nd place in the Mid-Atlantic Conference standings.

The 2000-born native of New York started weekend off by finding the back of the net once during the first contest and finished the series with a pair of goals in the back end of the two-game set. Maryland hopes to keep things going in the right direction as they are set to take on the Philadelphia Little Flyers on Wednesday, before traveling to Haverhill, MA for the 3rd event of the 2019 EHL Showcase Series.

Wrapping things up in goal, Reduzzi and the Lumberjacks had their best weekend to date, sweeping the previously top-ranked New Hampshire Avalanche. Saturday’s game was exactly what one would expect, a back and fourth contest, that eventually ended 4-3 in overtime. The 2000-born netminder stood strong between the pipes fending away 28 of the 31 shots faced. He continued his stellar showing on Sunday, surrendering just a single goal, and registering a .957 save percentage, as the 'Jacks defeated the Avalanche 2-1. Vermont now finds themself alone in 2nd place of the New England Conference, with two games in hand on the 1st-place Seahawks Hockey Club. Vermont also, for the first in franchise history, is ranked #1 in the EHL Power Rankings.

Another weekend has come and gone in the EHLP, with 11 games taking place. There were many of intriguing matchups that played out this past weekend, along with top performances delivered from all across the league.

Jelenskis, Campbell, and the Wolves stayed hot this past weekend, stretching their winning streak out to five games with a victory over the Walpole Express on Friday, following by a pair of wins over the Valley Jr. Warriors on Saturday and Sunday. Both Jelenskis and Campbell were able to rack up multiple points this weekend, propelling their team to sweep.

Jelenskis, the 2001-born native of Latvia, tallied three points against Walpole on Friday, with a goal and two assists.Things didn't stop there for the forward, as he was able to notch six goals and two assists in the pair of games against the Wolves.

As for Campbell, the native of Pennsylvania kicked-off his campaign fo Defenseman of the Week, by scoring a goal against the Express on Friday. Campbell then added to his best weekend of the season, by scoring a goal in the series with the Warriors, and dishing out four assists. The Wolves and their Stars of the Week, will look to keep rolling at the November Showcase, with matchups against the New Jersey Renegades and the Connecticut Chiefs.

Connor and the 87s won both of their games this past weekend, with the 2001-netminder picking up the victory on Sunday night against the Philadelphia Little Flyers, the HockeyTV Game of the Week.

The 87s were able to get a little revenge against the Little Flyers, as Philadelphia won the first matchup of the season back on September 14th. In the Mid-Atlantic Conference rematch, the young goaltender stood strong between the pipes facing 35 shots, fending away 32 of them, in 65 minutes of play. Through three periods and a five-minute extra session, the two rivals had not yet determined a winner. Connor then shined in a seven-round shootout, which was eventually ended by his teammate Ryan Crane. 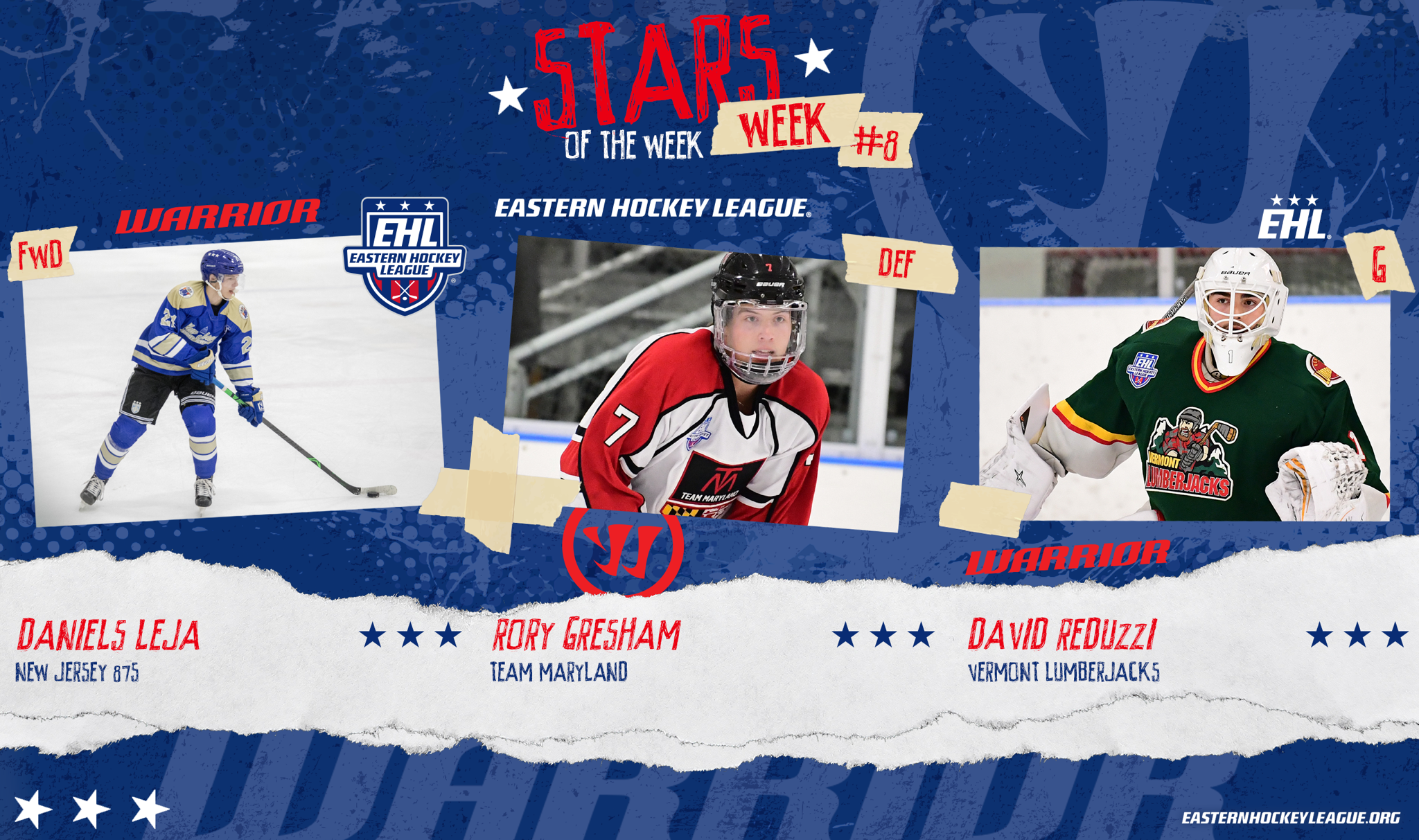 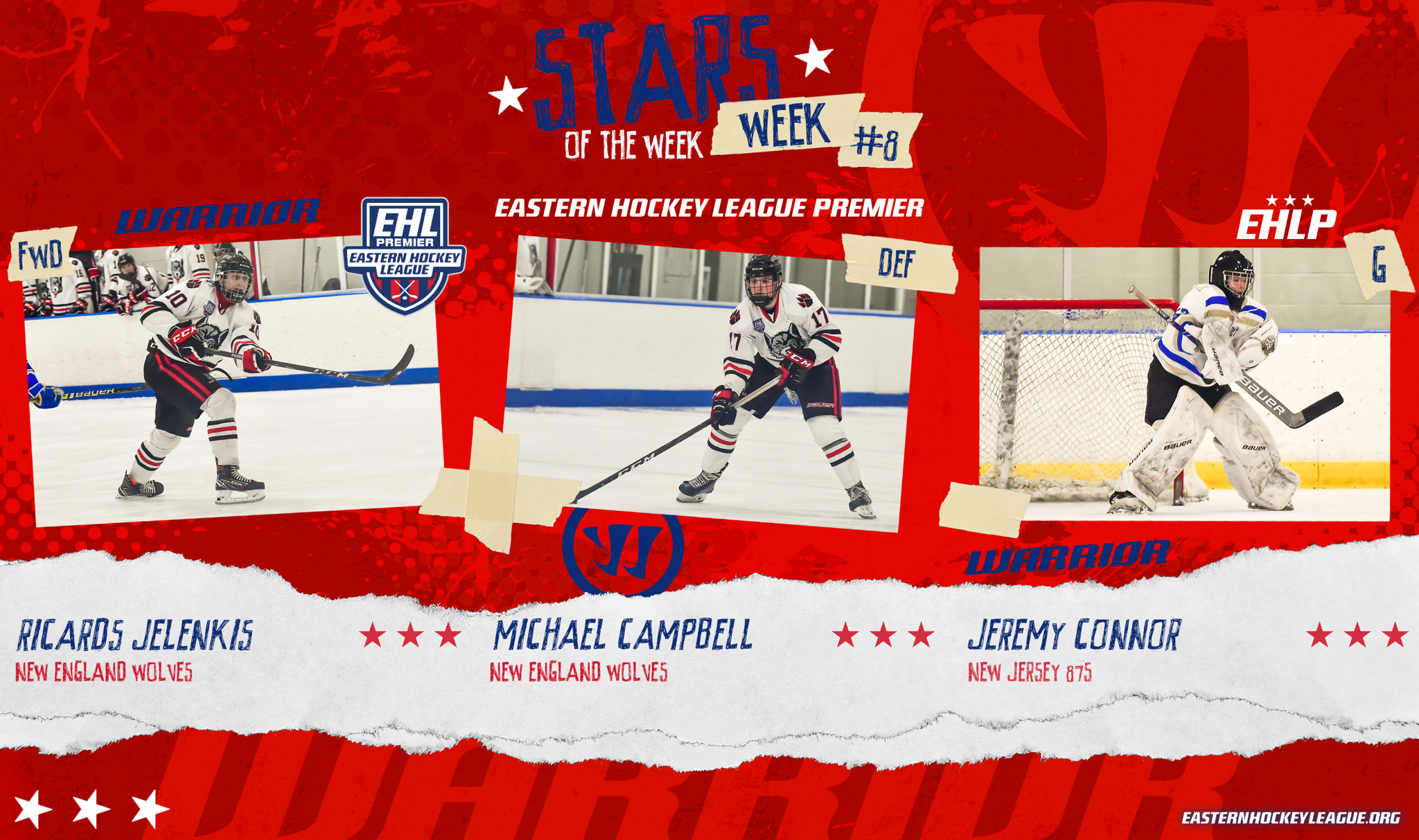