MIDDLETOWN, NJ -- Justin Vickers, a defenseman for the New Jersey 87's, has committed to Stevenson University for the fall of 2020.

"He is a kid that--credit to our staff, found him--and came to the East Coast, developed his game and really bought in to everything we were doing," said 87's head coach and general manager Adam Houli. "Stevenson is getting a great kid on the ice, off the ice, and frankly that's a program that will be really good in the next four years."

As Houli mentioned, Stevenson is a program on the rise at the Division III level, and the Mustangs have always been heavy recruiters of the Eastern Hockey League (EHL). Vickers is the first player this season to commit to join the Mustangs, and the 16th player in league history to make this decision.

"It's something I've been working on for a long time, and it's something I've dedicated my whole life to," said Vickers. "To be able to watch it fall in place in front of me is really exciting. Understanding the player that I am, I couldn't have done it without the great coaches that we have here in New Jersey. They were able to help me understand how to play the game the right way and the things to do so you can settle in, play your game, and be consistent."

The '99 native of Orange County, CA was recently a member of the 2019 EHL All-Star Team, and Houli believes that it was that experience that helped finalize the deal for his veteran defenseman.

"I think it showed that he's ready to play as a Division III athlete right now," added Houli. "That's what put it over the top, and that's why the event is so good for our league and good for the players who make it. It gives them a real good look at whether they can do this at the next level."

Vickers went on to echo a similar sentiment about his experience with Team EHL.

"It got me ready to play college hockey," concluded Vickers. "It was a cool experience to be able to play three college teams, and programs that have been around for a while. It was really motivating to play those teams and to be able to come back and play with that kind of fire."

Vickers and the 87s have a big weekend in front of them, that includes showcase matchups against the Walpole Express and the Seahawks Hockey Club. 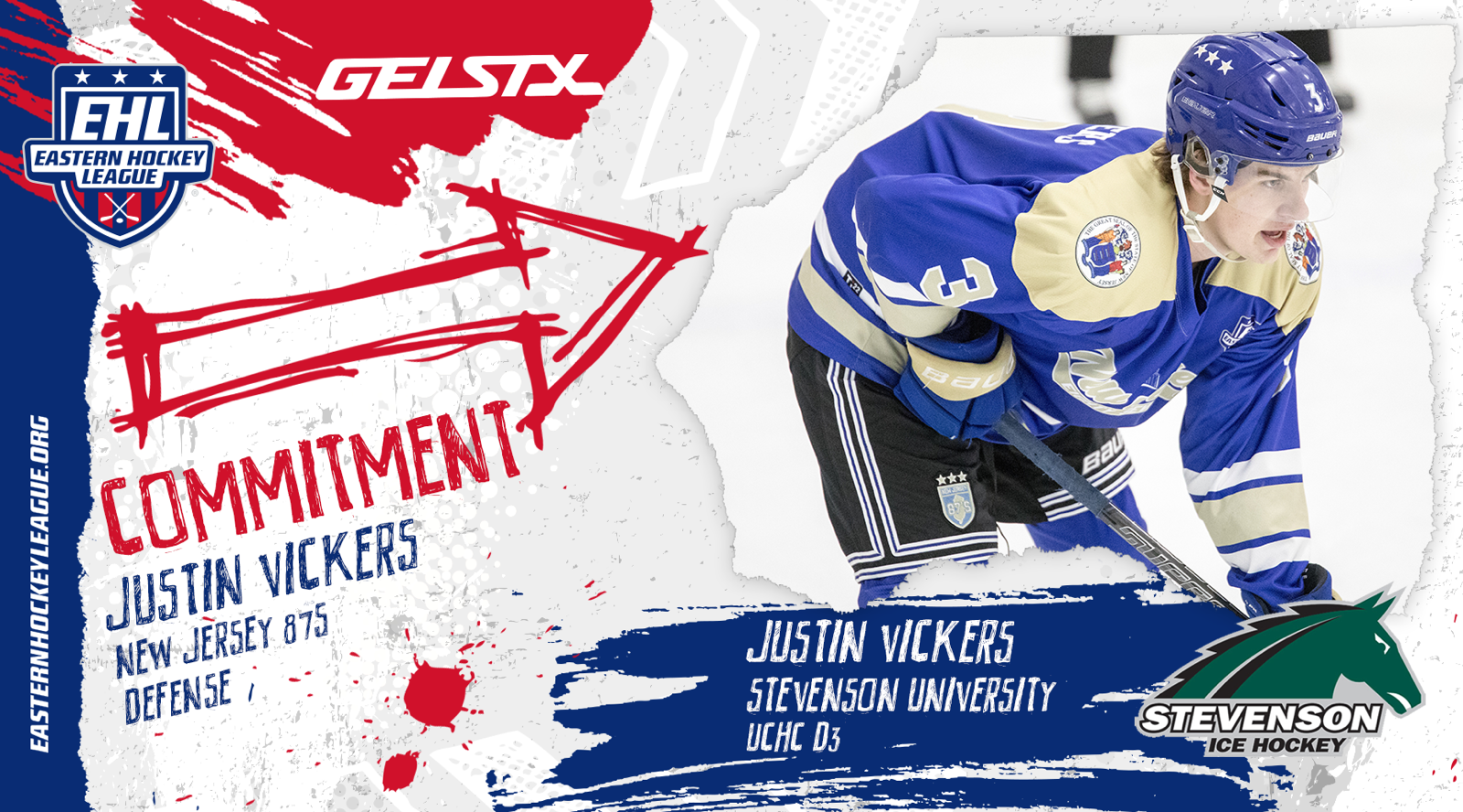