HOOKSETT, NH -- Colin Tracy, a defenseman for the New Hampshire Avalanche, has committed to Plymouth State University for the fall of 2020.

The '99 native of Manchester, NH is in his second season with the Avalanche, and to date, he's tallied 24 points in 49 career games in the Eastern Hockey League (EHL).

"Colin has a tremendous upside, and he has improved every day for me over the last two seasons," said Avalanche head coach and general manager Chris Cerrella. "Plymouth was where he wanted to be next season and he earned the opportunity. I am very excited for Colin and can not wait to see him play college hockey in the future. I wish him and his family all the best!"

In 20 games so far this season, Tracy has a trio of goals and five assists, which puts him on a great pace to surpass the 16 total points he tallied through all of last year. With Tracy's commitment, the Avalanche have now sent at least one player per season to join the Panthers' program. Jarrett Slear made the same decision in 2017-18, and Kyler Harding followed suit this past year. Overall, Tracy is excited to be heading to his top choice, and he took some time to give thanks to everyone that helped him along the way.

"I’m really excited to continue my athletic and academic careers at Plymouth State," said Tracy. "Being from New Hampshire, it’s a place that I really wanted to go, so I am very excited about the opportunity. I want to thank my teammates, my coaches, and the Avalanche organization. I want to send a special thanks to my parents for making this all possible. I am excited to finish out the year in the EHL, and prepare for next season."

Looking ahead, the Avalanche have just one game remaining before the team breaks for the Thanksgiving holiday. However, that final matchup is a big one, as New Hampshire hosts the Boston Jr. Rangers on Saturday at 4:20pm. 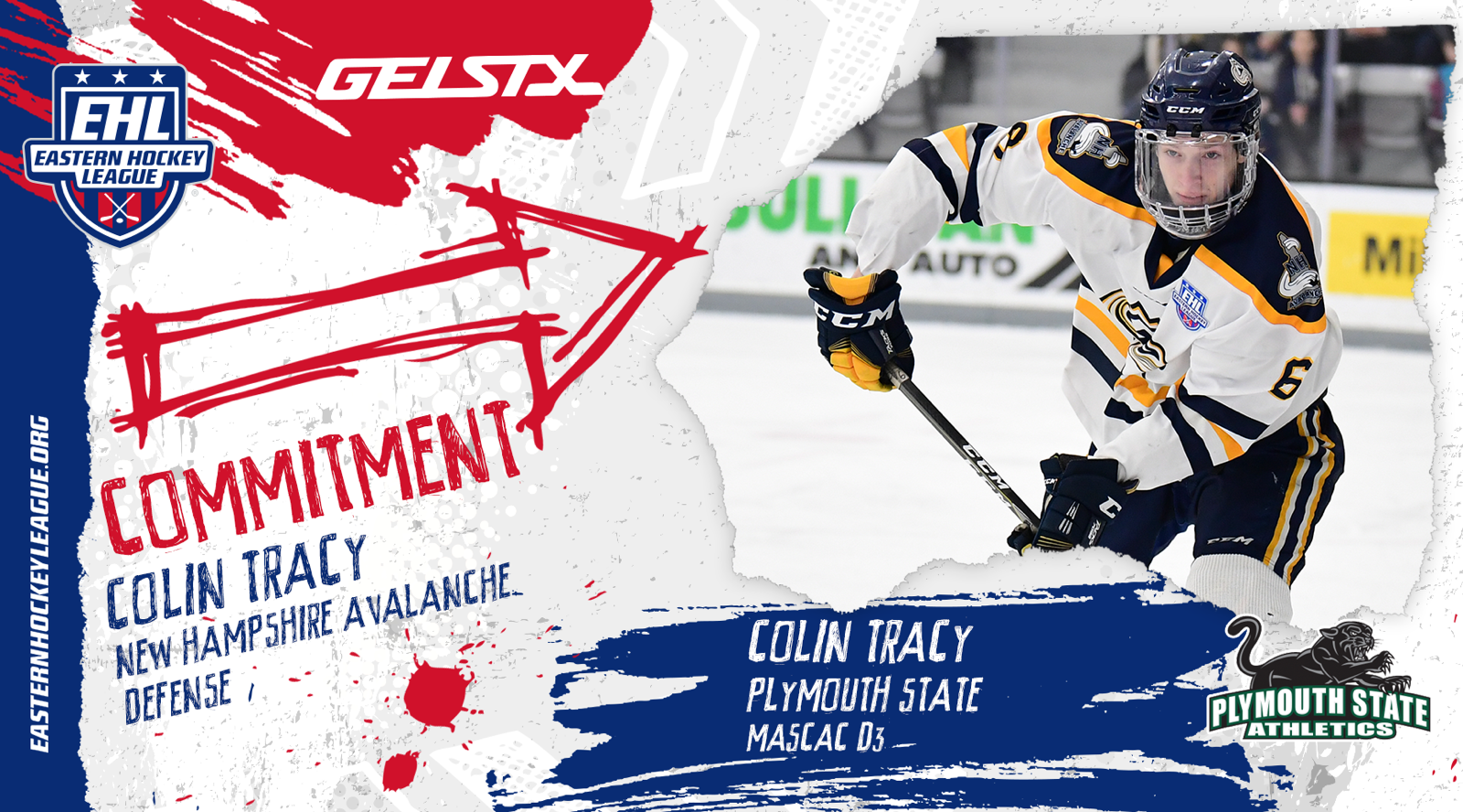