WALPOLE, MA -- James Belleavoine, a forward for the Walpole Express, has committed to Western New England (WNE) for the fall of 2020.

The 2000-born native of Greenville, RI is in his first season with the Express, and to date, Belleavoine has tallied 13 points in 23 total games in the Eastern Hockey League (EHL).

“Our entire organization is very proud and happy for James and his family,” said Express head coach and general manager Cody Campbell. “James is a phenomenal kid and has been a consistent contributor in all phases of the game for us thus far this season. Reaching his goal of playing NCAA college hockey is a great accomplishment and we couldn’t be more excited to continue to help prepare him to have a positive impact as a student-athlete for the Golden Bears from day number one.”

With Belleavoine's commitment, the EHL has now had at least one player commit to join the Golden Bears program in each of the last four seasons. Overall, Belleavoine is the 20th player to commit to WNE in league history.

“WNE is a great fit for me as a student. I felt welcomed as soon as I stepped on campus and the school also offers a great criminal justice program which is what I intend to study,” said Bellavoine. “That coupled with the fact that the team plays in such a good conference and is a program on the rise made choosing Western New England a very easy decision for me. Playing for the Express has helped develop me more and more as a player. High intensity practices everyday, along with playing in such a great league has helped prepare me to play at the college level.”

Coming out of the holiday break, Belleavoine and the Express will face-off with the Connecticut Chiefs on Wednesday, December 4th, as the team currently sits in 5th place in the New England Conference. 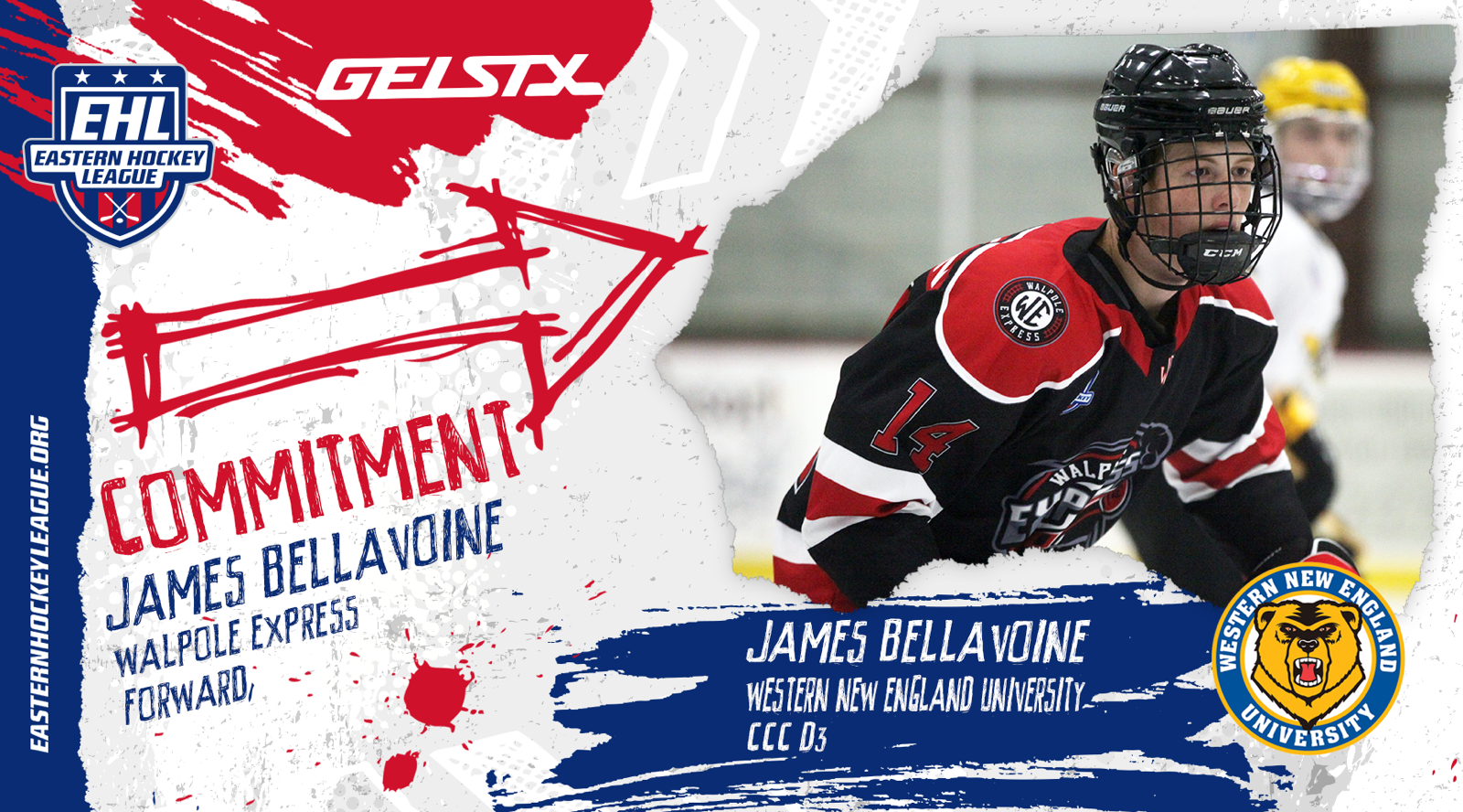