WALPOLE, MA -- Mike Meredith, a forward for the Walpole Express, has committed to SUNY Brockport for the fall of 2020.

The '99 native of Fredonia, NY is in his third season with the Express, having begun his junior career at the Eastern Hockey League Premier (EHLP) level. After tallying 36 points in 42 EHLP games during the 2017-18 season, Meredith made the jump up to the Eastern Hockey League (EHL) this past year. To date, Meredith has dressed in 52 EHL games, and his leadership qualities have helped set himself apart as the team's captain this season.

“Mike has been a great leader both on and off the ice this season,” said Express head coach and general manager Cody Campbell. "He has been a gigantic part of our penalty kill and a very reliable center for us. Mike embodies the culture we want to have here and is going to be a wonderful addition to the hockey team and student body at Brockport. We couldn’t be happier for him accomplishing his goal of playing NCAA hockey.”

It's only fitting that Meredith would end up in the State University of New York Athletic Conference (SUNYAC), as his father has been the Head Coach at SUNY Fredonia for the past 31 years. Meredith knows it will be interesting lining up against his dad, but is looking forward to playing for his father's good friend Brian Dickinson at Brockport.

“I want to study Exercise Science and Brockport has a great program for that, making it a great fit," said Meredith. "As an athlete Brockport just made sense to me. They’re a good team and play in such a competitive league. Playing for the Express has helped me develop so much as a player, but also as a person. My coaches are always pushing me to do my best and making sure I’m ready to make the jump into college hockey. I’m extremely thankful for my time with the Express and excited about joining the Golden Eagles!”

With Meredith's commitment, the streak continues between the EHL and SUNY Brockport, as this marks the 7th straight season that a player has committed to the Golden Eagles program. That's at least one per year since the league was formed back in 2013.

Coming out of the Thanksgiving break, Meredith and the Express return to action on Wednesday with a home matchup against the Connecticut Chiefs. 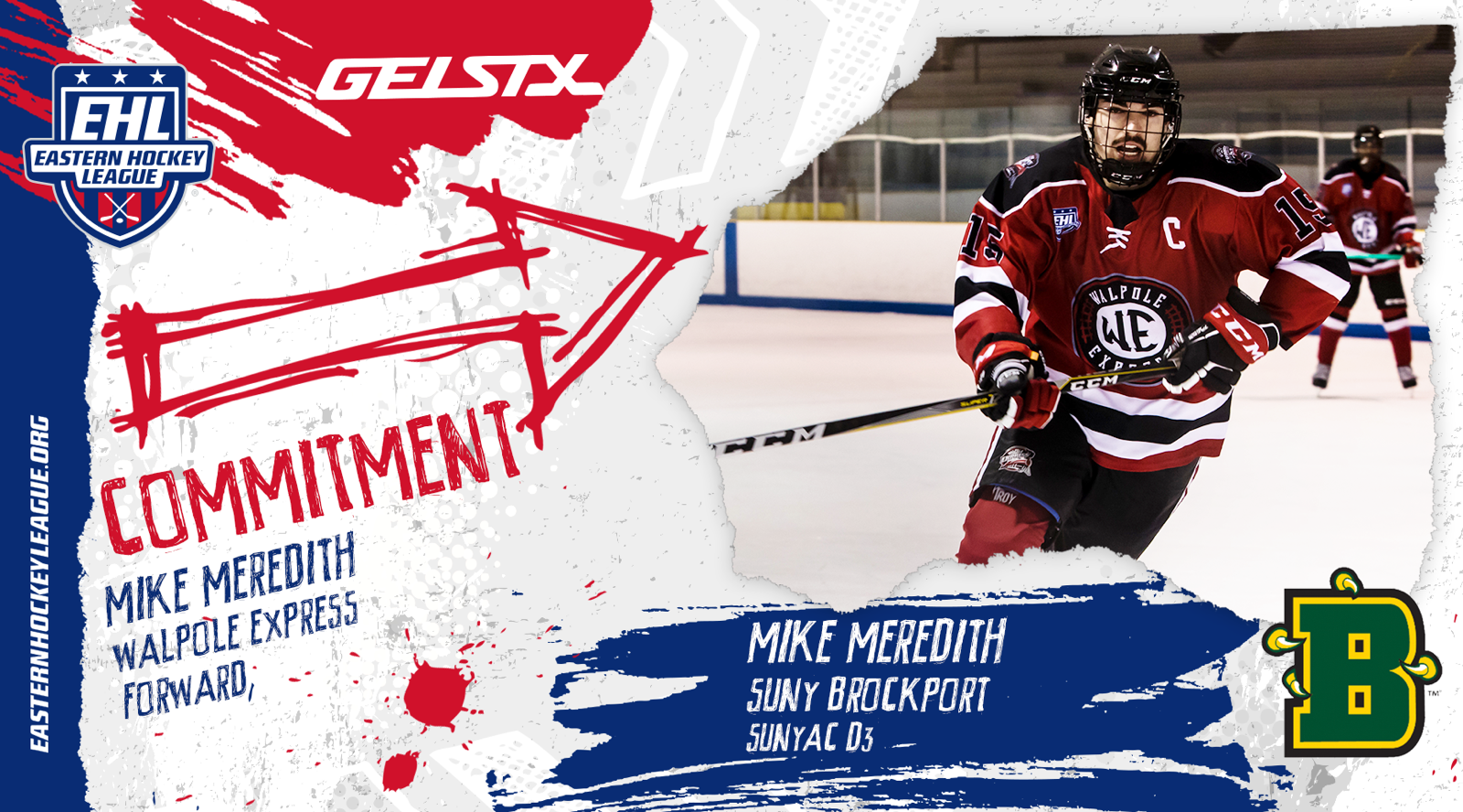