HOOKSETT, NH -- Finn Bambery, a forward for the New Hampshire Avalanche, has committed to Western New England (WNE) for the fall of 2020.

In his first full season with the Avalanche, Bambery has tallied an even four goals and four assists in his first 16 games in the Eastern Hockey League (EHL).

“I could not be happier for Finn and his family," said Avalanche head coach and general manager Chris Cerrella. "Western New England was his top choice and it all worked out for him. He has faced some adversity in his young life and it only has made him a stronger and better young man. He is going to be a great addition to the WNE community both on the ice and in the classroom. Bam[bery] will be missed for sure."

With Bambery's commitment, the Avalanche have now sent a player to the Golden Bears program two years in a row. Last year, it was Conor Leach who committed to WNE, after a pair of solid years with the Avalanche. Bambery is ecstatic over committing to his top choice, and beyond grateful to everyone who helped him along the way.

"I am beyond excited to continue my athletic and academic careers at Western New England University," said Bambery. "As soon as I stepped foot on campus, my answer was pretty evident as to where I wanted to go. I’d like to thank all of my teammates, coaches, and especially my family. I couldn’t have done it without the endless supply of encouraging words I have received throughout the past few years. A special thanks to coach Cerrella and Coach Martiniello for all they have done for me. I am excited to join Western New England next year.”

Bambery and the Avalanche are right in the thick of things at the top of the New England Conference. Coming out of the short break for Thanksgiving, the Avalanche will get back to work with three games in five days, against the likes of the Seahawks Hockey Club, New England Wolves, and Walpole Express. 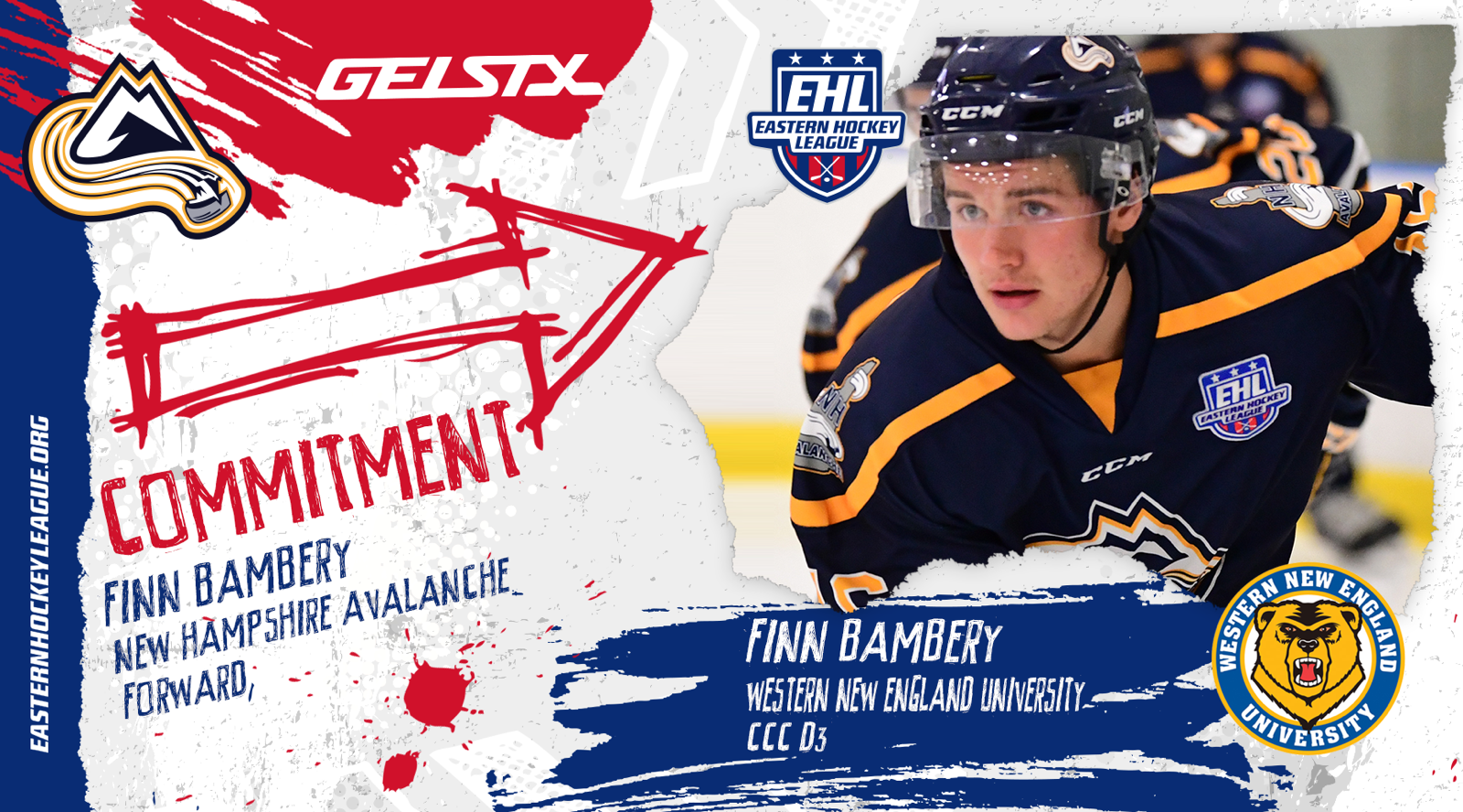