WALPOLE, MA -- Matthew Talarico, a forward for the Walpole Express, has committed to Stonehill College for the fall of 2020.

The '01 native Raynham, MA is in his first season with the Express, and to date, he's tallied five points through his first 24 games in the Eastern Hockey League (EHL).

"Matt has provided constant energy and work ethic to our group," said Express head coach and general manager Cody Campbell. "Coming straight out of high school hockey, Matt put in the work to make his transition to junior hockey relatively seamless. The Skyhawks are getting a player that has a motor that runs nonstop as well as person that never lacks energy or enthusiasm. We are proud to be a part of Matt accomplishing his goal of playing college hockey."

With Talarico's commitment, the streak continues, as the Skyhawks have committed at least one player per year since the EHL was formed back in 2013. Overall, Talarico is the 12th player in league history to commit to join the Stonehill hockey program.

"I feel that Stonehill is a great fit for me with the strong academics and hockey program. I hope to perform on the ice and excel in the classroom," said Talarico. "Playing for the Express has helped me in countless ways. The exposure there is great and the competition we play against each game is second to none in the EHL, which has helped me reach my goal of playing college hockey. The support from the entire organization, from owner Mr. Barletta, to Coach Campbell and Coach Yameen has been great.”

Talarico and the Express are now set for the December Showcase, with matchups scheduled against the Philadelphia Little Flyers on Wednesday and the Vermont Lumberjacks on Thursday. 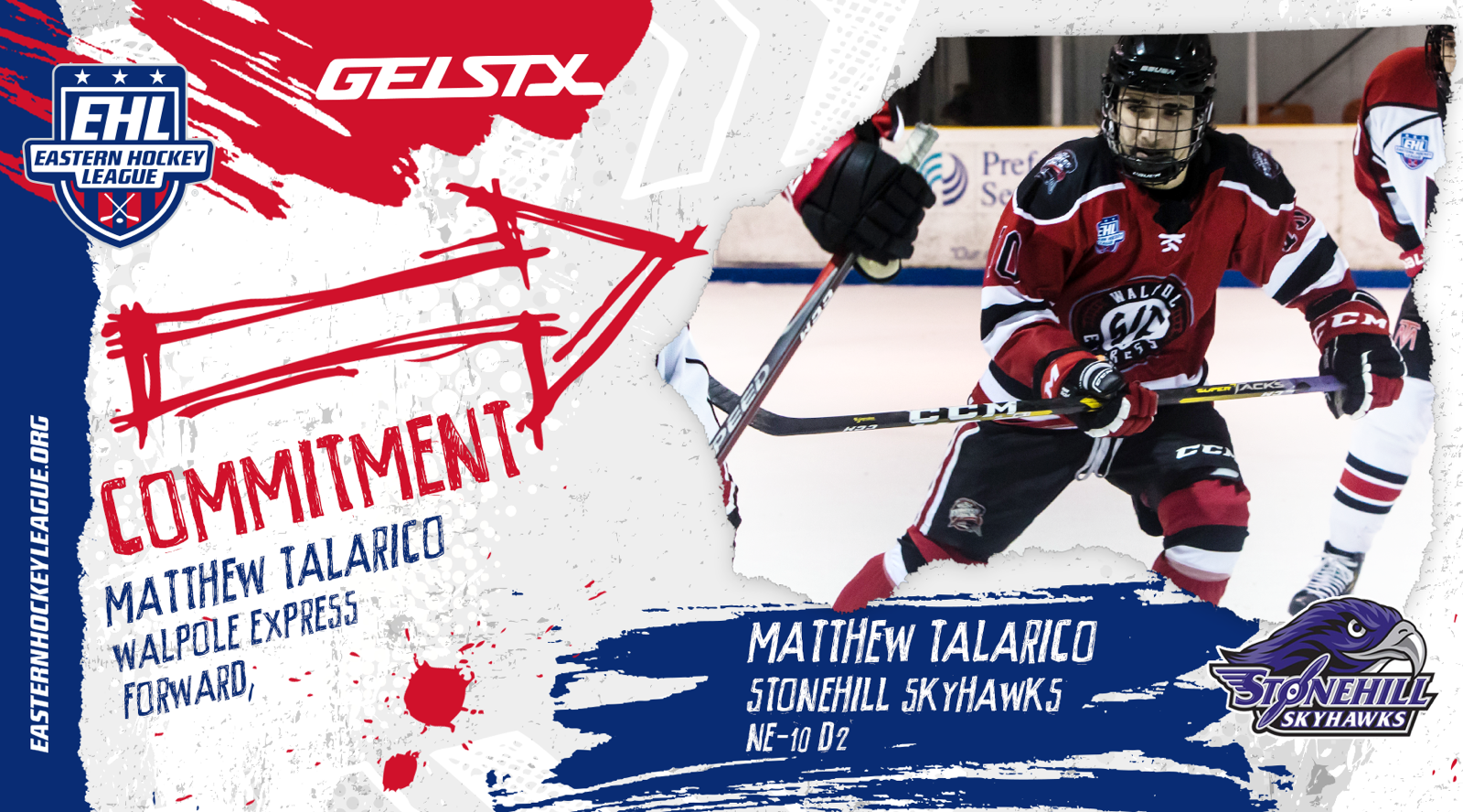