Warrior Hockey Stars of the Week #13

BOSTON, MA -- As we begin the final week before the holiday break, it's also a chance to reflect on what a special year 2019 was in the Eastern Hockey League (EHL) and the Eastern Hockey League Premier (EHLP). As the #Eshow has grown, so has the NCAA Commitment total, which sits at 1026 as of Noon today. It will be fun to see where that number climbs to throughout the rest of the 2019-20 season.

Below you'll find the 13th set of Warrior Hockey Stars of the Week from the past seven days in the EHL and EHLP.

Check off another successful showcase for the EHL, as the scouts came out in full force this past week in Connecticut.

The EHL is pleased to announce that Connor Bizal (Boston Jr. Rangers), CJ Kline (Seahawks Hockey Club) and Anthony Shrum (Philadelphia Revolution) have been named the Warrior Hockey Stars of the Week.

Bizal and the Rangers set a franchise record this past week, as they extended their win streak up to 12 games, the longest stretch in Rangers' history. The team picked up a whopping eight points while going 4-0-0, and defeating the Seahawks and Revolution during showcase play. That pair of showcase wins was followed up with a pair of home victories over the Walpole Express and New Hampshire Avalanche.

Bizal was able to pick up at least a point in three of the four games this past week. The 2000-born native of Minnesota netted a pair of goals against the Seahawks, tallied one assist against the Revolution, and wrapped-up his scoring with a goal and an assist against the Express. All four games were decided by a single goal, and with the four wins, the Rangers now sit comfortably in 1st place in the New England Conference with 50 points.

Kline and the Seahawks went 2-1-0 this past week, falling to the Rangers on the first day of the showcase, and then picked up a pair of victories over the Connecticut RoughRiders and Seacoast Spartans. The EHL All-Star defenseman tallied three points for the week, starting with an assist during the Seahawks loss to the Rangers. The ’99 native of Woodbridge, VA then came up huge for his team against the RoughRiders, scoring the game-winning goal early in the 2nd half. Kline then followed up his scoring performance by netting another goal during the 4-2 victory over the Spartans this past Saturday. Kline now has a total 22 points on the season, and will look to stay hot as the Seahawks host the Vermont Lumberjacks on Tuesday to finish up the calendar year.

Shrum and the Revolution had a similar showing as the Seahawks this past week, going 2-1-0 in their three games. The ’99 netminder from Muskegon, MI stood tall in net during both victories for the Revolution. Shrum was able to post his second shutout of the season against the Spartans blocking all 27 shots sent his way. The 87’s then gave Shrum everything he could handle on Saturday, as they rifled 47 shots on goal, but were only able to beat the goaltender a single time. With the four points, the Revolution are now tied with the 87s for 1st place in the Mid-Atlantic Conference with 38 total points on the year. This past weekend wraps up Revolution play in 2019, as they end their calendar year going 7-3-0 in their last 10 games.

We're getting closer and closer to the holiday break in the EHLP, with just 12 games remaining in the 2019 calendar year.

Zeibots and the Wolves had a successful weekend picking up a pair of wins against the Express and Boston Jr. Rangers. The 2000-born native of Latvia currently leads the Wolves in points with 49, and sits 3rd overall in the league for scoring. It is no secret that the Wolves and Rangers have a strong rivalry, and Zeibots led the way on offense for a 10-9 Wolves' victory. During Saturday’s contest Zeibots racked up a total of five points, netting a hat-trick and tallying two additonal assists. The Wolves still have three games to be played before the holiday break, as they are scheduled to face off with the Railers Jr. Hockey Club tomorrow and the Connecticut Chiefs on Saturday and Sunday.

Crane and the 87s extended their winning streak up to six as they were able to pick up four points this past weekend, with victories over the New Jersey Renegades and the 1st-place Philadelphia Little Flyers. Crane started off his point-filled weekend as he tallied two assists in a 6-2 victory over the Renegades on Saturday. The 2000-born defenseman was then able to shine against the Little Flyers racking up a career-high six points. The native of Middletown, NJ netted a hat-trick and tallied three additional assists during the battle of top teams in the Mid-Atlantic Conference. The 87s hope to keep things rolling as they are set to take on the Philadelphia Revolution and New York Bridgemen before we close out the calendar year.

Nelson and the Express split their weekend, falling to the Wolves before finding victory against the Railers in a hard-fought game on Sunday. Nelson stood strong in net for the Express as he was able to pick up his 4th victory on the season against the 2nd-place team in the New England Conference. The ’01 netminder faced 38 shots, and was able to fend away 34. Without his strong presence in net the Express may not have had the same results as they were outshot 38-21 in the game. Before the year wraps up the Express will make a weekend trip up north for a pair of games against the Vermont Lumberjacks. 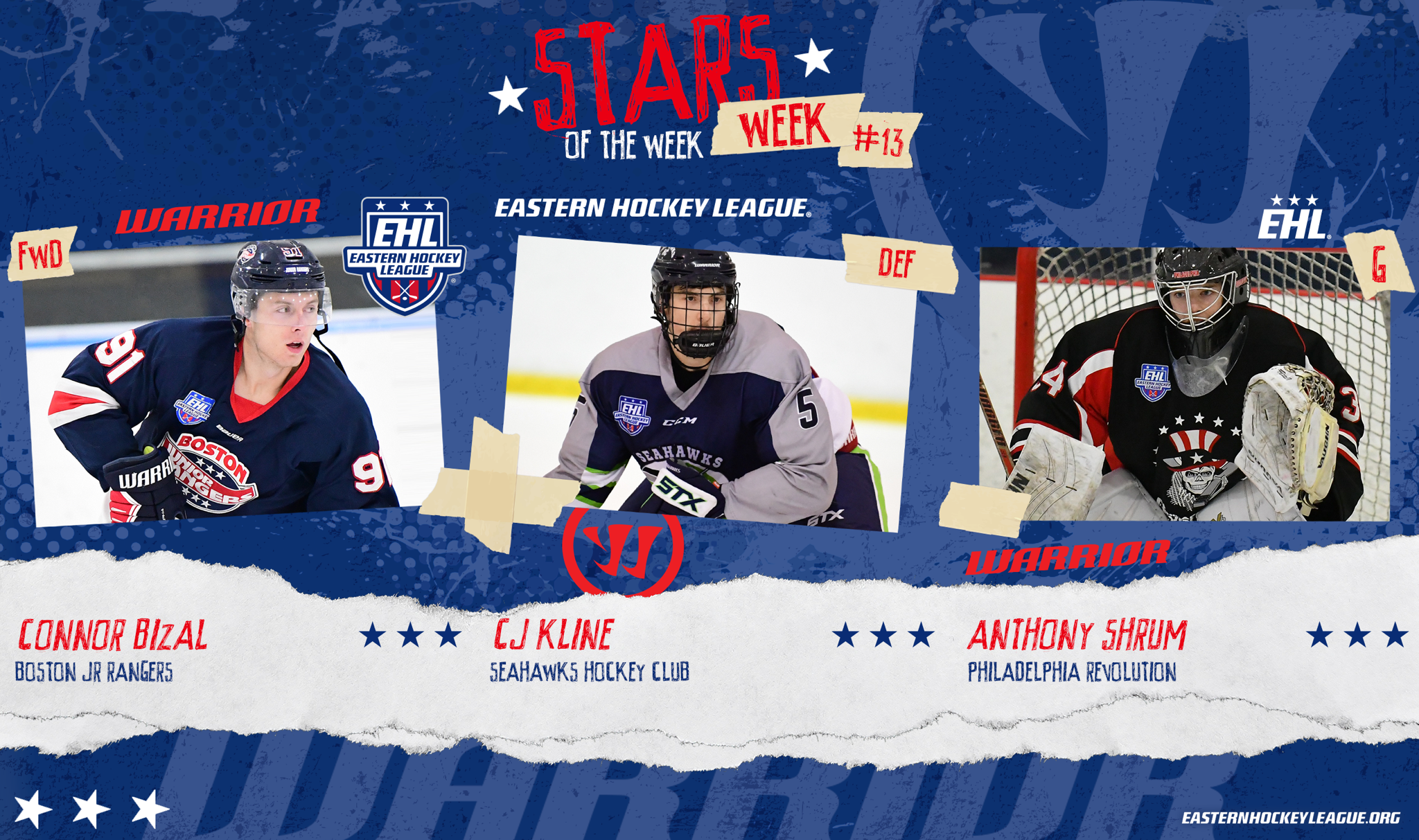 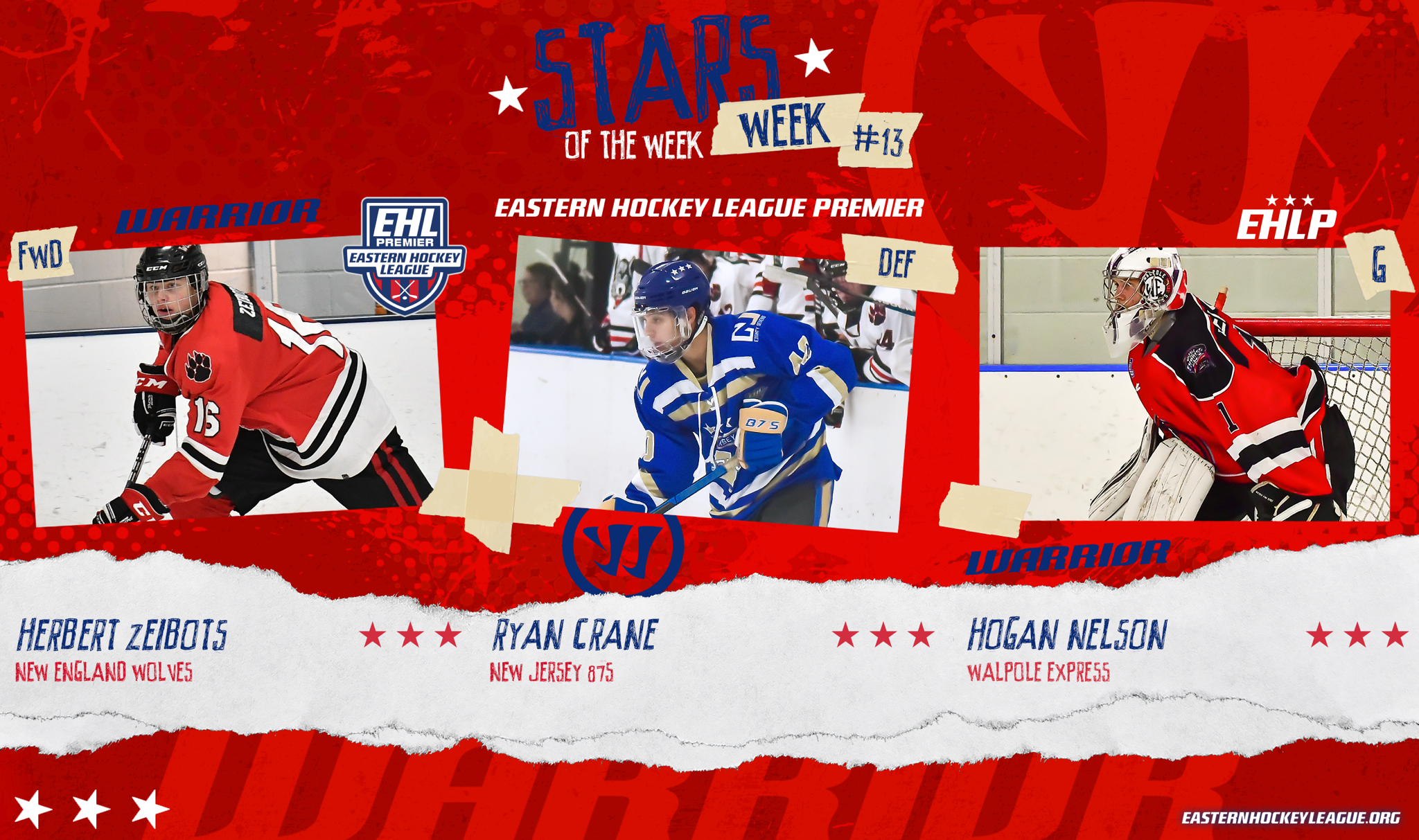