Rangers and 87s Hold Top Spots Heading into the Break

In the EHL, there have been 280 regular season games played to date, which means there are 157 matchups left before the start of the postseason. As for the top-five teams, this marks back-to-back weeks where the #2 team dropped to #5, and then #3, #4, and #5 each moved up a spot respectively. However, alone at the top , the top-ranked Boston Jr. Rangers are riding the longest active winning streak in the league at 12 games.

As for the EHLP, a total of 169 games have been played to date, with 102 remaining between now and the playoffs. With a loss at the hands of the Railers Jr. Hockey Club, the New Hampshire Avalanche have fallen out of the top spot for the first time since early November.

The New Jersey 87s, winners of eight straight, are the new #1, while the defending EHLP Champion New England Wolves round out the top-three. 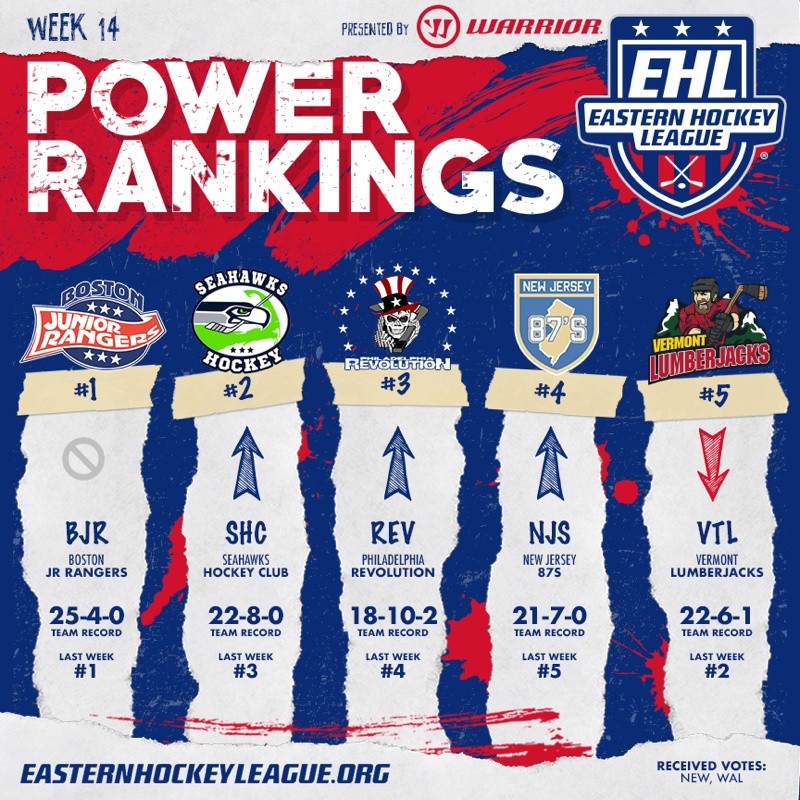 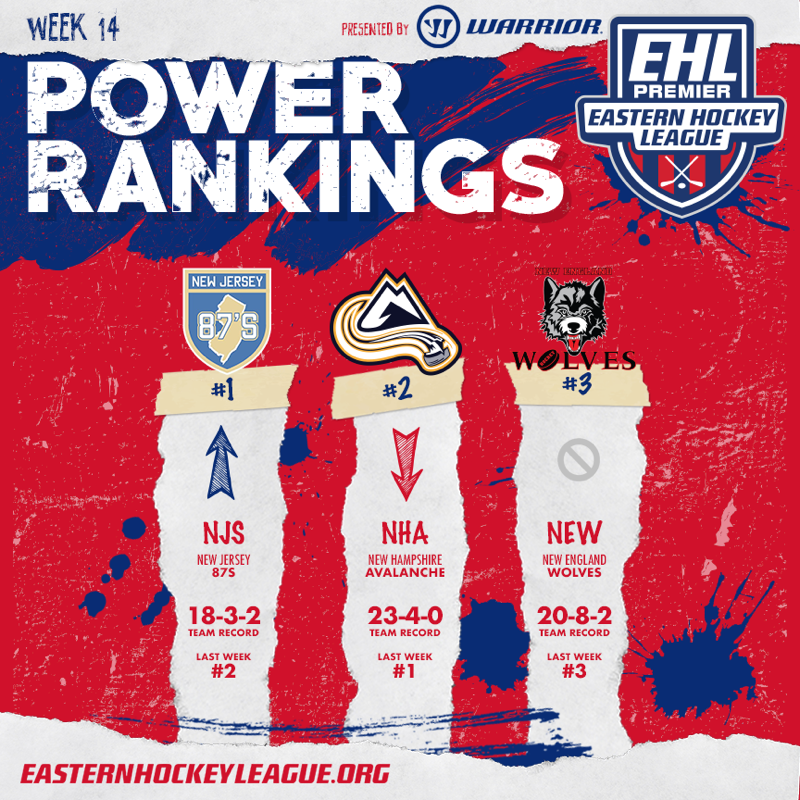