VALTELLINA VALCHIAVENNA, ITALY -- A little over a week ago, USA Hockey took home gold medal honors from the 2019 Winter Deaflympics. This year’s team ranged in age from 16 to 34, and hailed from 14 different states across the country. Included on roster were Garrett Gintoli and Max Stephens. 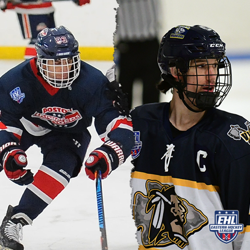 Stephens ('02) is currently in his 2nd season with the Rangers at the EHLP level. Gintoli ('96) played a pair seasons himself with the Warriors, each of which took place at the EHL level.

Gintoli, a '96 forward from Shelton, CT, spent the 2015-16 and 2016-17 seasons with the Valley Jr. Warriors at the Eastern Hockey League (EHL) level. After posting 51 total points in 89 career games in the EHL, Gintoli moved on to the Milwaukee School of Engineering (MSOE), where he is currently a junior with the Raiders.

As for Stephens, the '02 defenseman from Medford, MA is currently in his second season with the Boston Jr. Rangers at the Eastern Hockey League Premier (EHLP) level. His stats to date give him 38 total points in 61 career games on the blue line.

Gintoli, Stephens, and 21 other members of this year's team represented their country with tremendous class earlier this month, on their way to capturing a gold medal.

"This was my 4th international competition," said Gintoli. "My first was in 2013 at the World Deaf Ice Hockey Championships in Finland at which we did not medal. Then I competed at the 2015 Winter Deaflympics in Russia where we earned a bronze medal, and the 2017 World Deaf Ice Hockey Championships in Buffalo, NY, where we won gold. Earlier this month was my first time ever winning gold at the 2019 Winter Deaflympics in Italy. As far as this year's event, I did have more of a leadership role after being named an assistant captain. Since this was my 4th competition, and we had a good group of younger guys in their 1st or 2nd competition, I tried to give those guys the same guidance and leadership I was given at my first couple of tournaments."

One of those younger players was 17-year-old Stephens, who said this gold medal is easily the top accomplishment of his hockey career so far.

"The gold medal for Team USA is most certainly #1 of my hockey accomplishments to date," said Stephens. "It was a tremendous experience gathering with hockey players from all over the nation, traveling overseas, and working together to achieve one goal. It was truly an honor to put on the USA jersey, and know that I was one of the few selected to represent our country."

The Olympic team operates under the guidelines of USA Hockey and the USA Deaf Sports Federation. To qualify, athletes must have a hearing loss of at least 55 dB in their "better ear." Hearing aids, cochlear implants and the like, are not allowed during competition to ensure all athletes play on the same level.

Gintoli and Stephens may be seperated by six years in age, but they are tremendous examples of individuals that didn't let their hearing deficiencies slow them down. Gintoli was a well-known goal scorer during his time in the league, and now plays in one of the top NCAA Division III conferences in the country.

"My time in the EHL taught me a lot about the game, both on and off the ice," added Gintoli. "I learned what it takes to be successful at a competitive level, and I learned what makes a good teammate and how to be an effective leader. One thing especially that translates to college and the international level is that your compete level has to be there every game. There’s a lot of parity in higher level hockey so you can never take a night off against any team."

Stephens embraced that message from one of the leaders on this year's Deaflympics team. Now, as the young defenseman continues to carve a similar path towards college hockey, his resume includes experience that only a handful of players have been able to consume.

"At first it was a little strange, but I quickly adapted," said Stephens when asked about playing with players that were five ore more years older than him. "Most of the people I played with were between the ages of 23 to 26, but there were outliers, most noticeably a teammate that was 34! It forced me to play a quicker, and in some cases, a more physical game. I am looking forward to bringing the pace of Olympic level hockey back with me to the EHLP for sure. Also, from participating in the Deaflympics, I can see the value of teamwork. Everyone must work as one to win."

It doesn't matter the level or the stage you're competing at, you win and lose as a team. Gintoli and Stephens are great examples of the past and present members of junior hockey, who are taking every experience they can, while playing the game they love.

"I’m always proud to wear the USA sweater," concluded Gintoli. "It’s a great feeling to represent your country, and it adds a little fire into your game. When you have the feeling of representing something much bigger than anything you’ve played for before, it brings out the best in you." 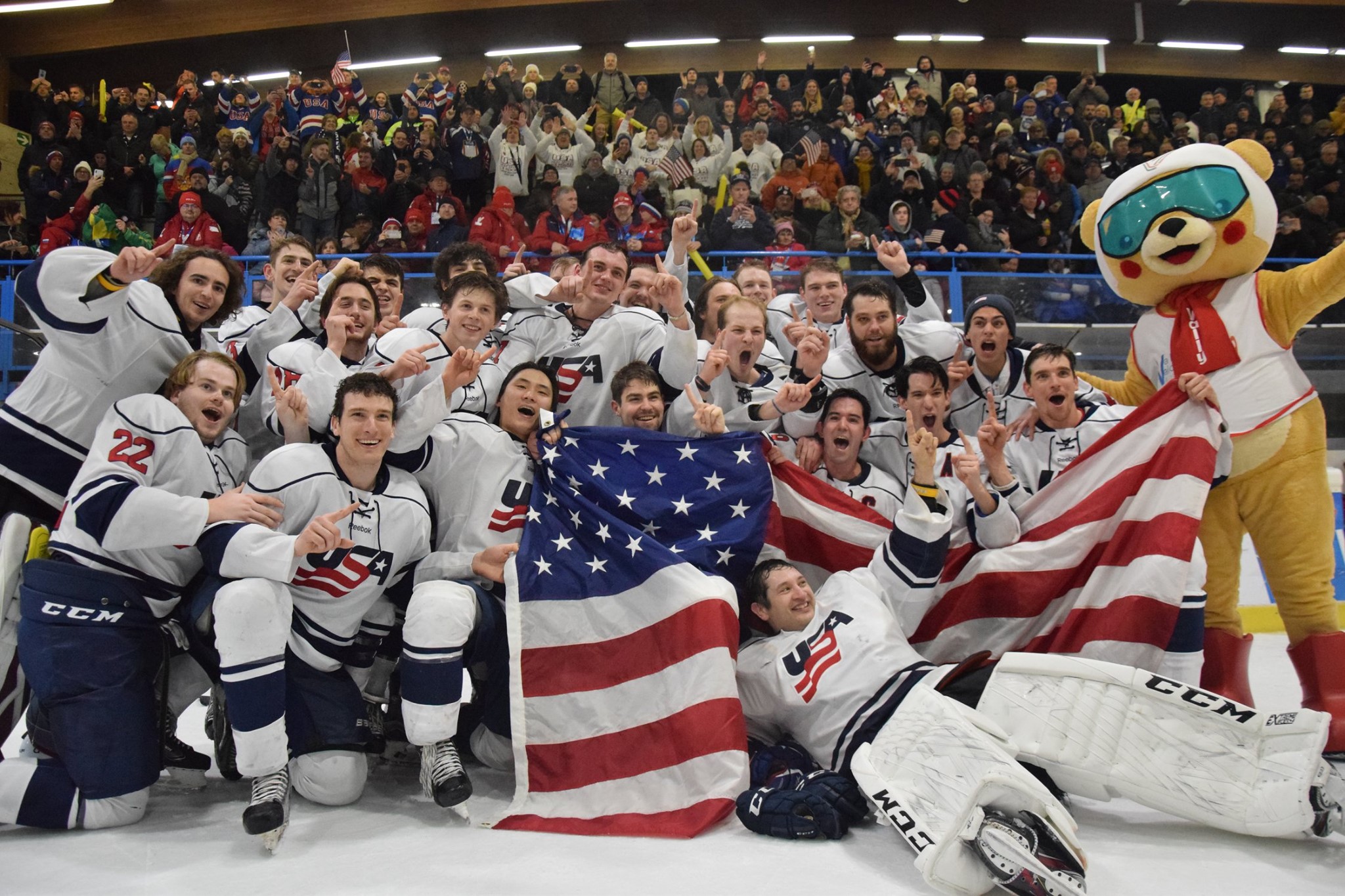