Avalanche All-Star Forward Heading to the NESCAC Next Fall

HOOKSETT, NH -- Kyle Anderson, a forward for the New Hampshire Avalanche, has committed to Wesleyan University for the fall of 2020.

The '99 native of Ithaca, NY joined the Avalanche in late September, and in 27 games in the Eastern Hockey League (EHL), Anderson has scored 11 goals and dished out 15 assists.

"Kyle played last season in Kanata up in Canada and decided he would get more exposure with the Avalanche in the EHL," said Avalanche head coach and general manager Chris Cerrella. "It sure worked out for him, as he has committed to Wesleyan University for the next four years. Wesleyan plays in the well-respected NESCAC, and is also a very high-end academic university. Kyle earned this both on and off the ice, and I believe he is college ready. I am excited to see what he does over the next four years. We wish him the best of luck."

As Cerrella referenced, Anderson came to the EHL in search of more college exposure, and the decision justified itself almost instantly. The veteran forward was named to the 2019 EHL All-Star Team, and he has played consistent hockey throughout his time in the EHL. Anderson will now join Wiggle Kerbrat with the Cardinals. Kerbrat is a league alum and two-time EHL Champion with the Avalanche. Overall, Anderson is ecstatic over his NCAA Commitment.

"I am very excited to say I will be advancing my academic and athletic development at Wesleyan University," said Anderson. "Coach Potter and Coach Lun have built a top-notch program and were great to work with throughout the recruiting process. Attending a world-class school where I can be challenged to the max both in the classroom and on the ice is what I have always wanted to do. When I first came to the Avalanche I made it clear to Coach Cerrella that I wanted to play in the NESCAC, and he has pushed me every day since my arrival to develop habits that can translate to the college game. I am very thankful for everything Coach Cerrella has done for me to this point and grateful for all the support from my family.

Anderson and the Avalanche will come out of the holiday break in 4th place in the New England Conference with an overall record of 19-7-3 in their first 29 games. The team will return with a road matchup on January 8th against the Valley Jr. Warriors. 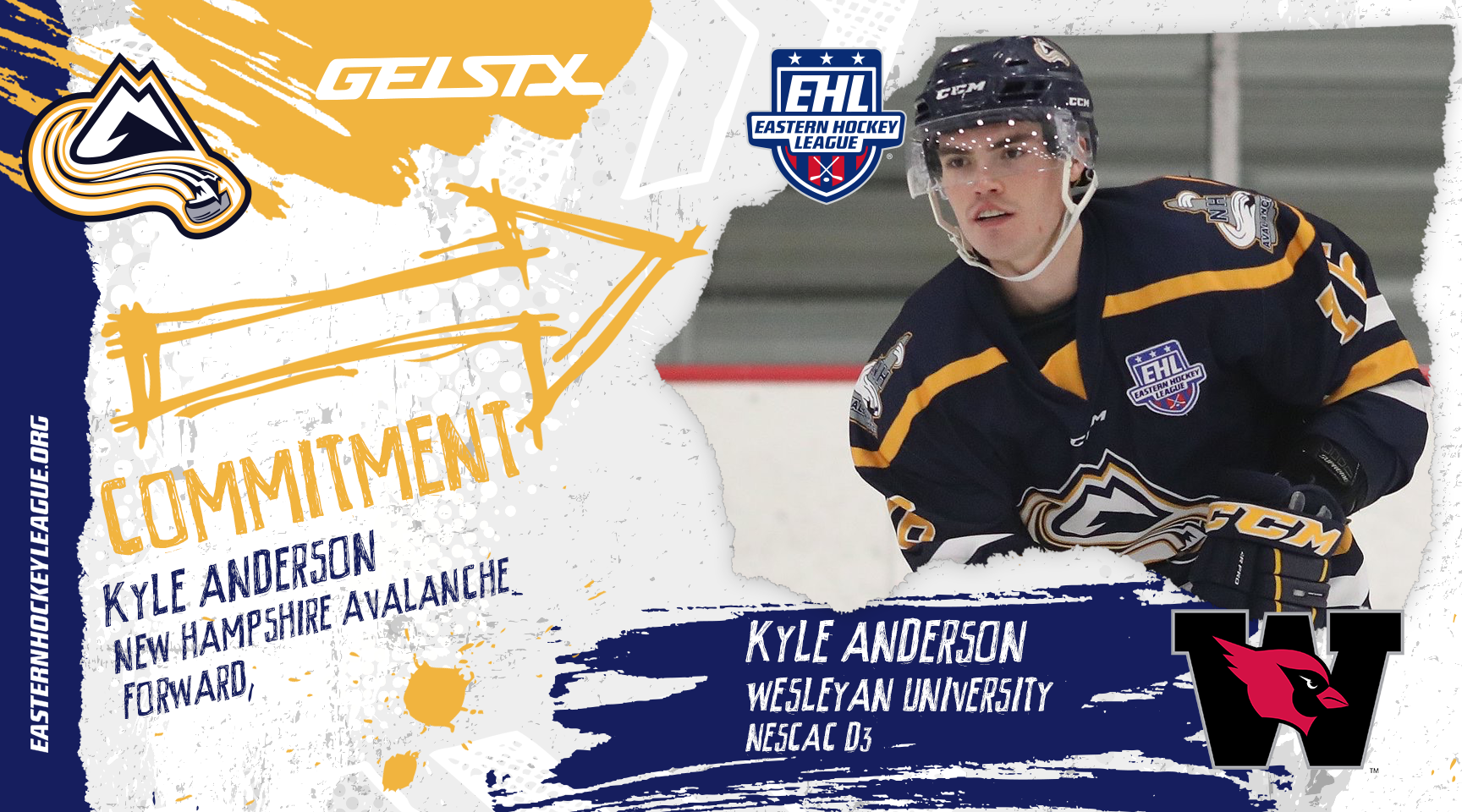