ASTON, PA -- Alex McBey, a forward for the Philadelphia Little Flyers, has committed to Stevenson University for the fall of 2020.

The '99 native of Dallas, TX is in his second season with the Little Flyers, and to date, he's tallied 48 total points in 75 career games in the Eastern Hockey League (EHL).

"We are all really proud of Alex and his two-year development here with the Little Flyers," said Little Flyers head coach and general manager Mark Catron. "Coming into this season, we had 11 players from last season’s team to replace that moved on to NCAA programs and Alex has done a good job stepping up and taking on a bigger role. He plays in all three phases of the game for us, and uses his size really well around the net in the offensive zone. Coach Dawes and Coach Peffall have done a great job in the first three years of the Stevenson program, and we look forward to Alex getting there and helping them remain successful."

As Catron mentioned, the Stevenson hockey program has truly taken off over the past few years. Even though this season is just the school's third at the NCAA Division III level, they were ranked #10 in the country, in the most recent national polls. McBey is excited to be a part of a strong incoming freshmen class, that already includes five other players from the EHL.

McBey and the Little Flyers are right in the thick of things in the Mid-Atlantic Conference, as they continue to battle for home-ice advantage in the upcoming EHL Playoffs. The schedule ahead is never easy however, and that includes an EHL Championship rematch against the New Hampshire Avalanche tomorrow, and an EHL Frozen Finals rematch with the East Coast Wizards on Monday. 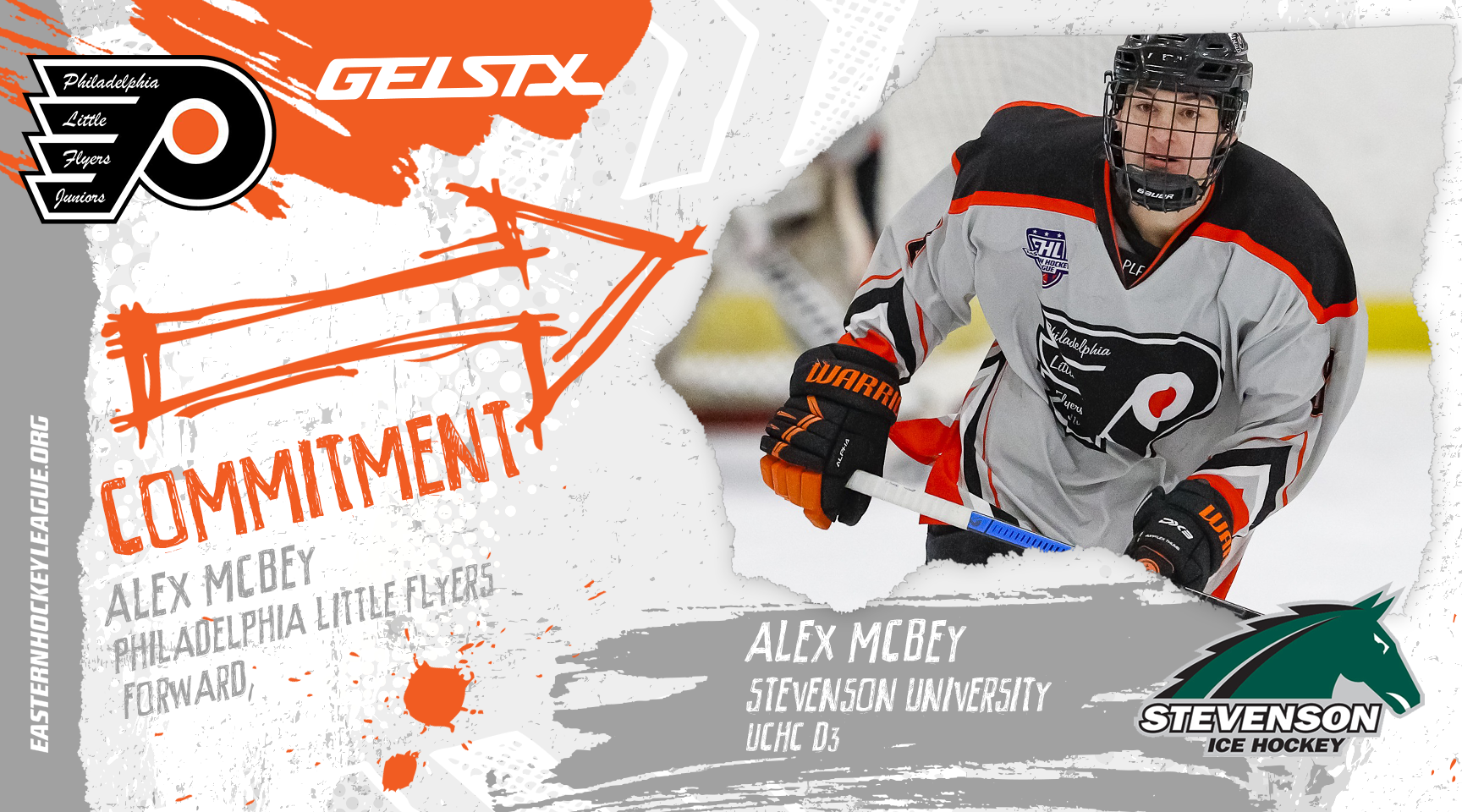