NORWALK, CT -- Adam Hawkins, a defenseman for the Connecticut RoughRiders, has committed to SUNY Fredonia for the fall of 2020.

The '99 native of Morrisville, NC is in his first season with the RoughRiders, and to date, he's tallied 19 total points in his first 28 career games in the Eastern Hockey League (EHL).

"Adam is a solid, mobile two-way defenseman that makes crisp outlet passes and has quick feet for his size," said RoughRiders head coach and general manager Eric Lind. "He maintains good defensive positioning to shut down the rush and is hard to beat. I am excited for his commitment to Fredonia for next season.”

At 6'2" Hawkins immediately caught the attention of teams around the league and NCAA coaches and scouts, shortly after the season began. With Hawkins' commitment, Fredonia has now brought in at least one player from the EHL in every season since the league was formed back in 2013.

Overall, Hawkins is the 21st player in league history to choose the Blue Devils hockey program in the State University of New York Athletic Conference (SUNYAC). With his destination now finalized for next season, Hawkins can turn his attention towards continuing his development throughout the remainder of the year.

Hawkins and the RoughRiders are in a tight battle with the Philadelphia Revolution for the 2nd and final First Round bye in the Mid-Atlantic Conference, and upcoming schedule isn't easy. This weekend they draw the Vermont Lumberjacks and the Seacoast Spartans at the January Showcase. 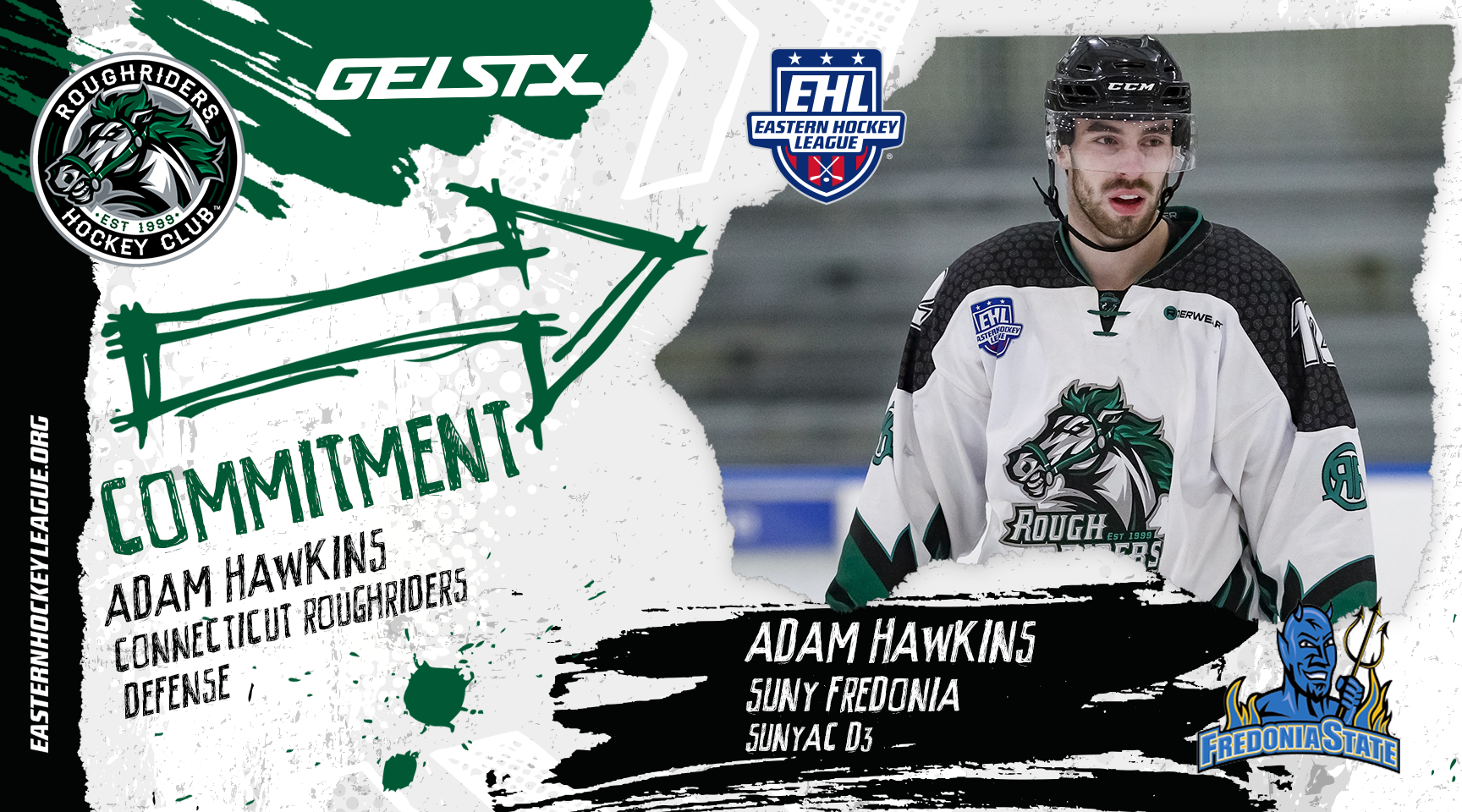