Warrior Hockey Stars of the Week #16

Of the three nearly-perfect records, it was the Rangers who notched the best goal differential in showcase play at +26.

Below you'll find the 16th set of Warrior Hockey Stars of the Week from the past seven days in the EHL and EHLP.

As for the past seven days in particular, the EHL is pleased to announce that Trevor Clemson (Philadelphia Revolution), Grey Owens (Connecticut RoughRiders), and David Reduzzi (Vermont Lumberjacks) have been named the Warrior Hockey Stars of the Week.

With a pair of victories at the January Showcase, the Revolution moved back into 2nd place in the Mid-Atlantic Conference standings and will likely take over the #2 slot in the next set of EHL Power Rankings. Clemson led the way on offense this past weekend, tallying a total of four points in the two games. The 2000-born native of New Jersey started off the showcase by netting two goals during his team’s 4-2 victory over the Valley Jr. Warriors. Clemson then added another goal and an assist to his name, in Philadelphia's 5-2 win over the Seahawks Hockey Club.

In a tight battle at the top of the conference standings, the Revolution will look to improve on their current five-game winning streak when they travel to take on the New York Apple Core on Saturday night at 7:00pm and Sunday morning at 11:00am.

Moving back to the blue line, and we've got another honor for Owens. The RoughRiders posted a record of 1-0-1 at the showcase in Exeter, NH, falling in a shootout to the Vermont Lumberjacks and then pulling one out against the host Seacoast Spartans.

The 6’1” native of Greenwich, CT netted the game-tying goal against the Lumberjacks, and assisted on both RoughRider goals against the Spartans. The three-point weekend helped Owens pass Haight as the top scoring defenseman in the league with 33 points to date. The RoughRiders continue to jockey with the Revolution for control of the #2 seed and final playoff bye. Connecticut will look to keep the momentum rolling when they host the Philadelphia Jr. Flyers this weekend, for a two-game set.

After missing the opening game of the week due to an illness, Reduzzi helped the Lumberjacks split their two-game series with the Seahawks, by delivering a 37-save shutout on Thursday. Reduzzi then followed that performance up with 23 saves against the RoughRiders and 21 saves against the New Jersey 87s. Reduzzi has won four straight games, dating back to the middle of December.

Looking ahead, Reduzzi and the Lumberjacks host the Spartans for a pair of games this weekend, and then get set for a huge New England Conference showdown with the Rangers next weekend.

While the EHL was busy crossing off the final showcase of the season, the EHLP was putting in their final prep work for this weekend's showcase conclusion.

The EHLP is pleased to announce that Hugh McGuigan (New Jersey 87s), Connor Keiser (Philadelphia Revolution), and Logan Palmer (Boston Jr. Rangers) have been named the Warrior Hockey Stars of the Week.

McGuigan and the 87's continue to ride the longest active winning streak in the EHLP, as they stretched it out to 11 games this past weekend with wins over the Philadelphia Little Flyers and Revolution. The '02 native of Hamburg, NJ picked up four points in the 5-4 victory over the Little Flyers, his highest point total of the season. While McGuigan was then held off the scoresheet against the Revolution, he still played big minutes a 2-1 shootout victory.

The top-ranked, 1st place team in the Mid-Atlantic Conference now heads into the showcase with an overall record of 21-3-2. It's worth noting however, that in the two previous league-wide events the 87s posted a record of 2-2-2 in the six games. New Jersey will now look to end the 2019-20 Showcase Series on a high note with matchups against the Vermont Lumberjacks, Connecticut Chiefs, and Walpole Express.

Connor Keiser and the Revolution split their weekend set of games, earning a victory over the New Jersey Renegades on Saturday, before falling just short to the 87’s on Sunday.

The 6’0” native of Doylestown, PA was able to shine during game one of the weekend, when he tallied a goal and two assists. Although their four-game winning streak was snapped the next day, the Revolution did earn themselves a point, keeping that streak alive at six games. This weekend's schedule puts Philadelphia up against Valley Jr. Warriors on Saturday, and then the New England Wolves and Lumberjacks on Sunday.

Palmer and the Rangers split their two-game showdown with the New Hampshire Avalanche, dropping their respective contest in a shootout. However, picking up three of the four total points made things even tighter at the top of the New England Conference standings.

Over the course of the two games against New Hampshire, Palmer turned aside 64 of the 66 total shots that were sent his way. Closing out the weekend with the shutout victory also helped Palmer improve his overall record up to 10-4-1 for the year, to go along with a 2.46 GAA and .907 save percentage. Palmer and the Rangers will now take on the Railers Jr. Hockey Club, Lumberjacks, and Renegades at this weekend's showcase. 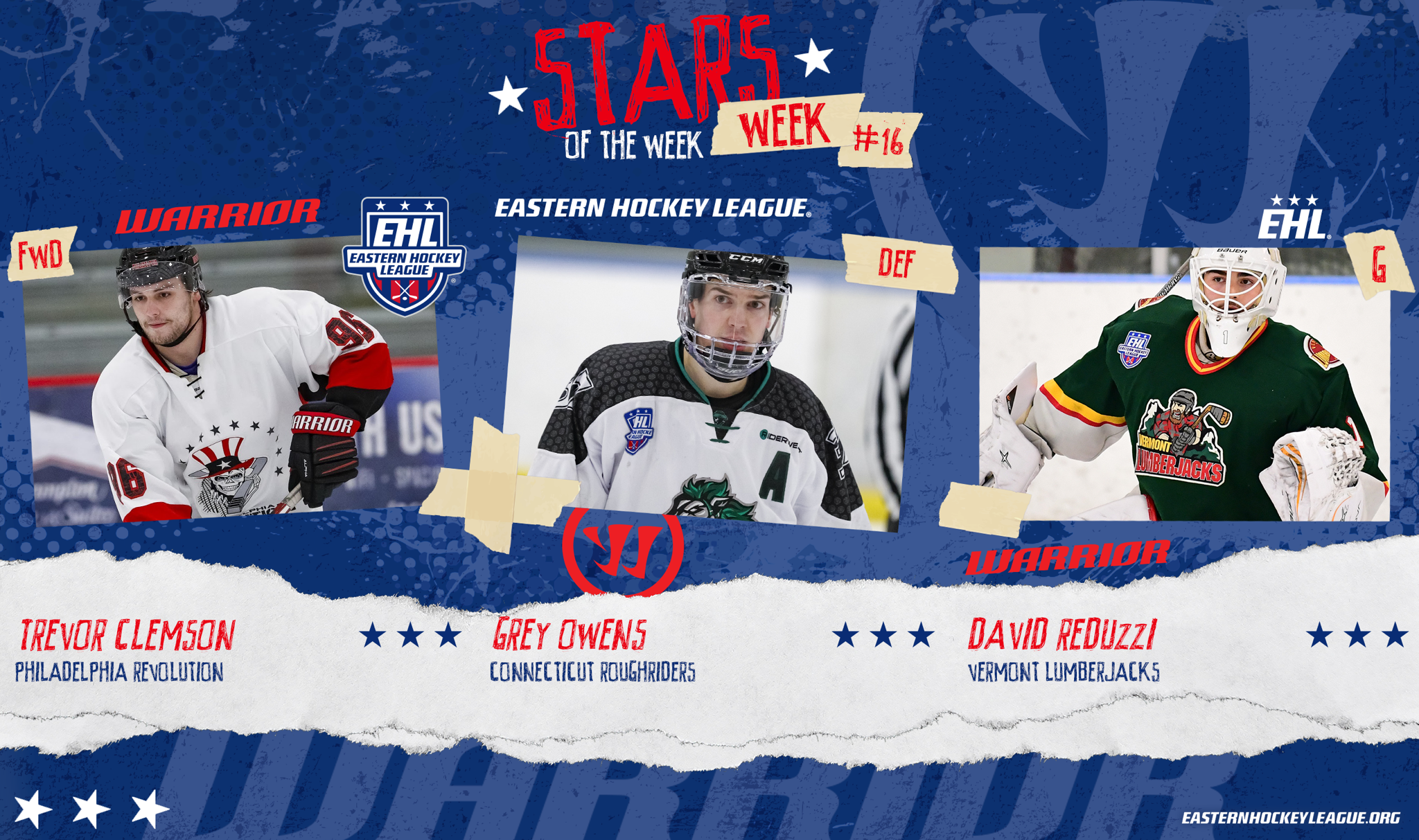 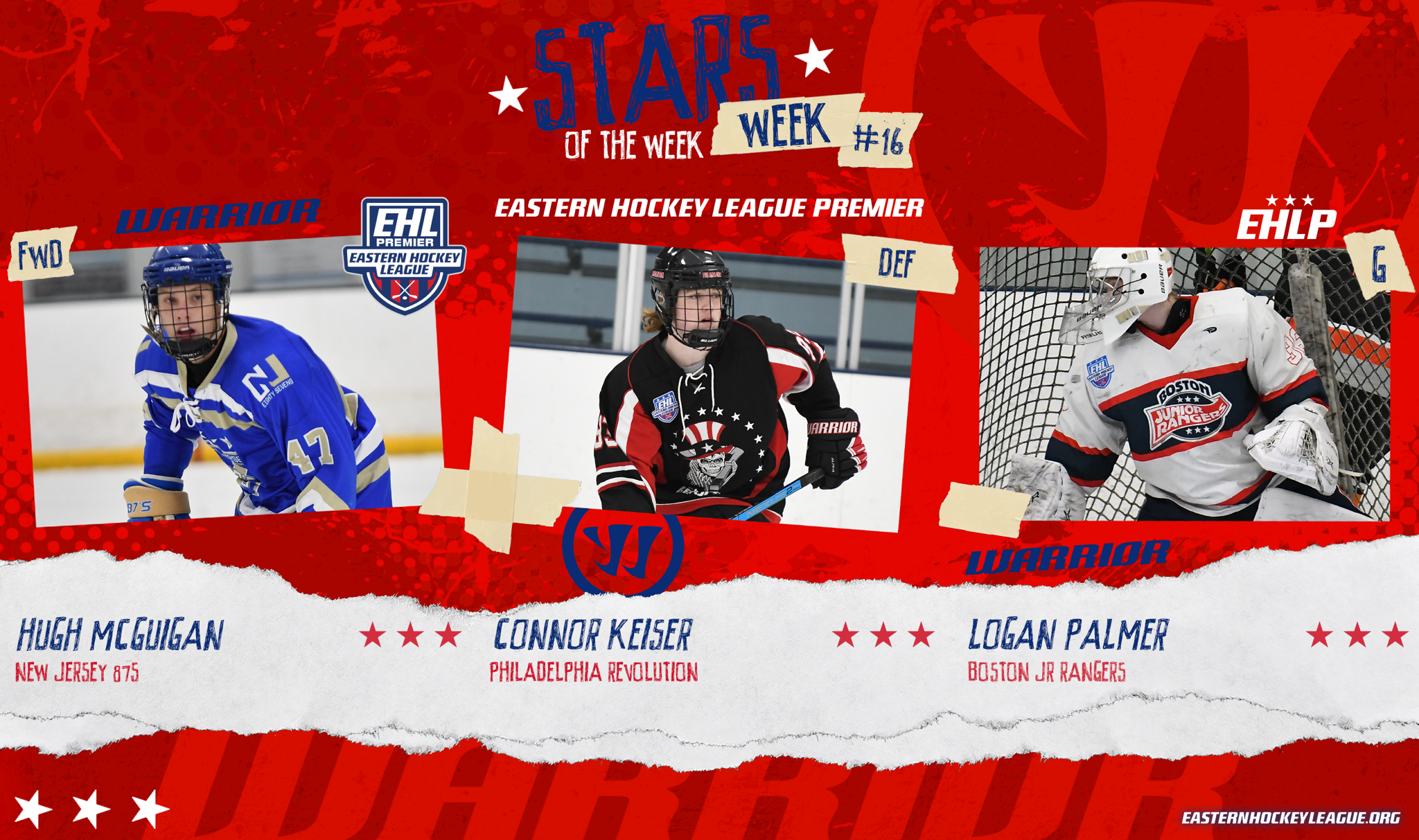