EXETER, NH -- Nevin Tardif, a goaltender for the Seacoast Spartans, has committed to Worcester State University for the 2nd half of the 2019-20 season.

The '99 native of Dunstable, MA won five games between the pipes in the first half of the year, as he helped the Spartans get off to a solid start in their inaugural season in the Eastern Hockey League (EHL).

"It has been great having Nevin in net for us this season," said Spartans head coach Brett Tryder. "He has proven to be one of the top goaltenders in our league and I am sure that Worcester State will be very pleased with their decision to bring Nevin in. Nevin is a very hard worker and his dedication to the game will be a huge asset moving forward.”

Tardif is the first player of the season to commit to the Lancers' hockey program, and the 31st player in league history. While heading off to school now means Tardif will miss the rest of his final junior hockey season, he's still beyond grateful for the experience he gained this year.

"When deciding with my family where I wanted to finish my junior career, we chose the Seacoast Spartans because of how committed and dedicated the staff and the organization are here," said Tardif. "The facilities at the rink are top notch, and the people are even better. The biggest thing was coaching and I have worked with Brendan Sullivan as my goalie coach for five years. I have also known Kurt Mallett [Hockey Operations] for over three years, and I knew he would hire a top notch Head Coach. Getting to know Coach Tryder has been instrumental to me getting the opportunity to play at Worcester State. Coach Tryder wants nothing but the best for us and he shows it everyday at practice and on game days. Without Seacoast and what it and the EHL has provided me, I am not sure that I would have reached my goal of playing college hockey."

The Spartans just hosted the 5th and final league-wide showcase of the year this past weekend, and now are set for a big test this upcoming weekend, with a pair of games against the Vermont Lumberjacks. Seacoast has a decent handle on the 8th seed in the New England Conference, but will need to play well down the stretch in order to secure their spot in the postseason. 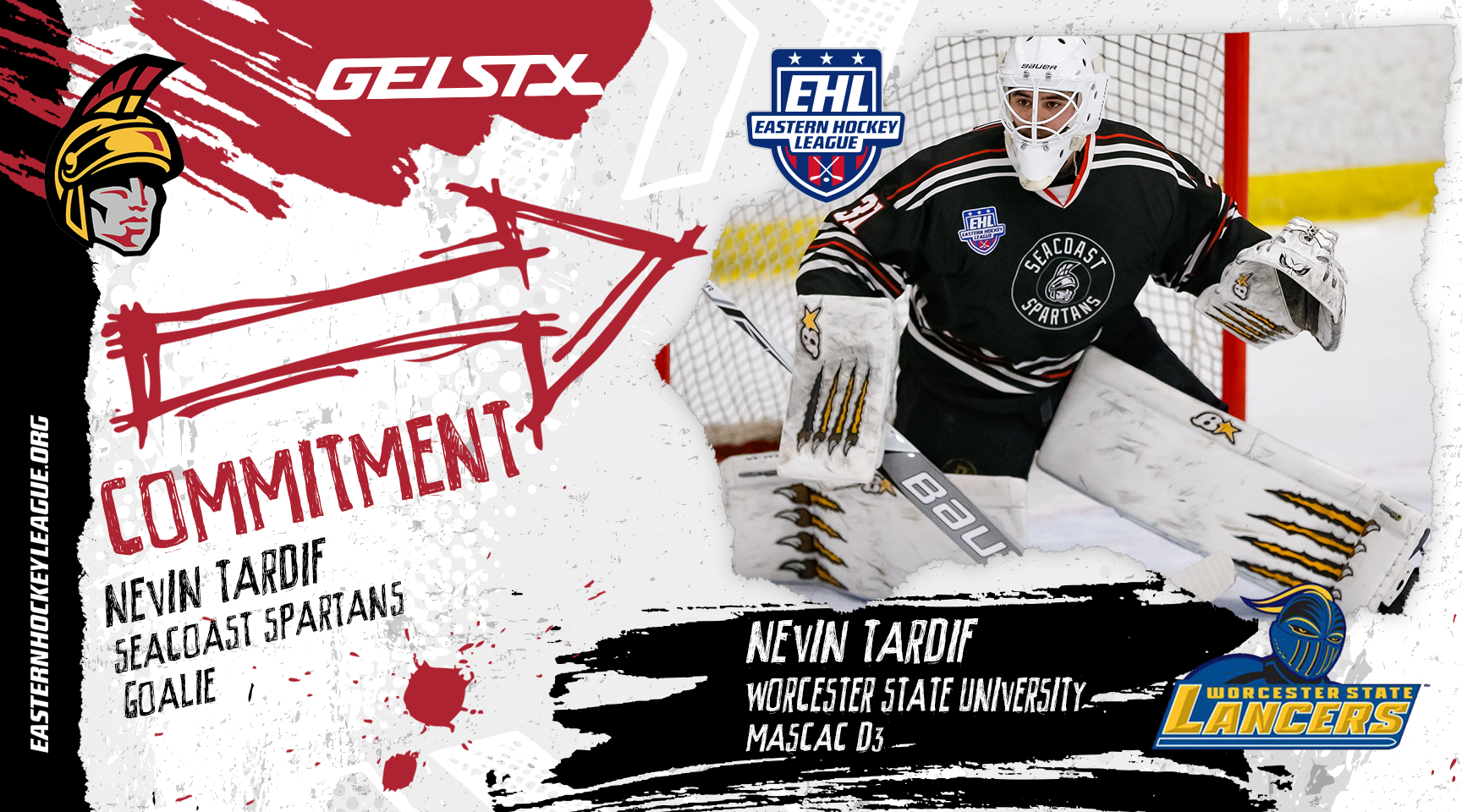