Revolution Climb Up to 2nd Slot

The EHL saw a very even battle during the cross-conference games between the New England Conference (NEW) and the Mid-Atlantic Conference (ATL), with teams accounting for an even eight to eight tie in terms of victories. However, while this past weekend was an even split the grand totals for the year were not tied, pointing 52 to 28 in favor of the NEW.

As for the winners, the Philadelphia Revolution could probably be labeled as the biggest winner of the showcase, sweeping their pair of games and moving up to #2 in this week's rankings.

Another team that slide up was the Vermont Lumberjacks, who split their mid-week series with the Seahawks Hockey Club, and then swept the showcase as well.

As for the EHLP, it was more of a prep week, with the 3rd and final league-wide showcase coming up this weekend at the Worcester Ice Center in Worcester, MA. The only change in the top-three is the switch between the New Hampshire Avalanche and the New England Wolves.

It's also worth noting that the top-ranked New Jersey 87s extended their winning streak out to 11 games, as they try and chase down the 16-mark set by the Boston Jr. Rangers in the 2017-18 season. 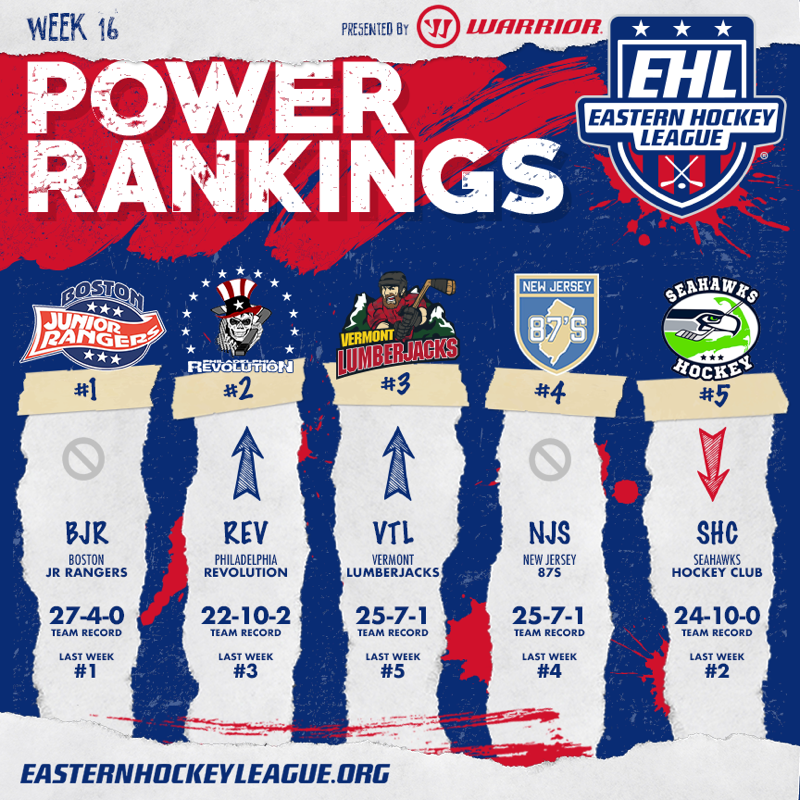 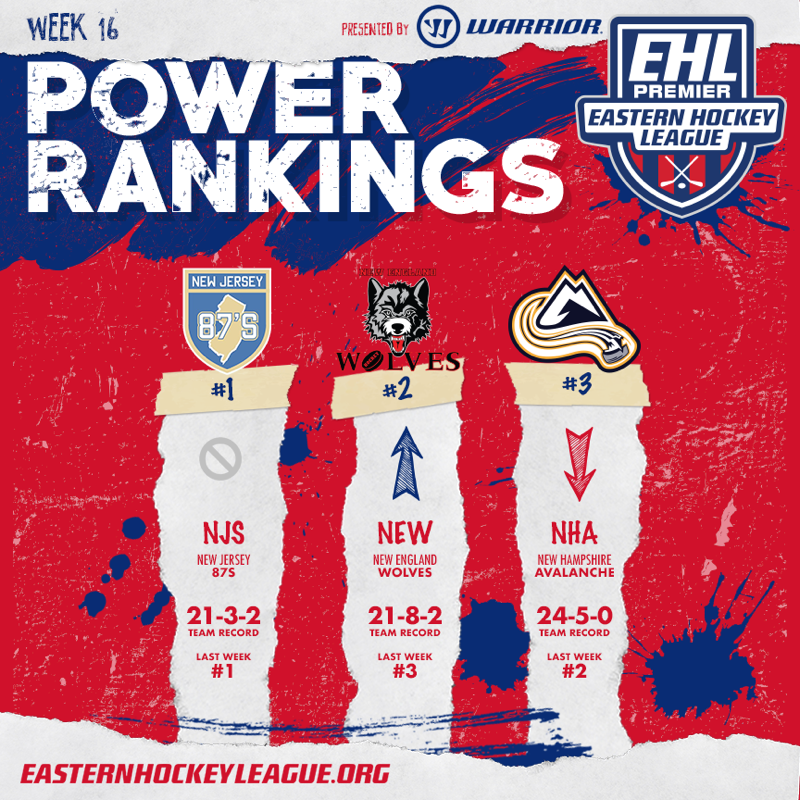