WEST CHESTER, PA -- Shane Ward, a forward for the Philadelphia Jr. Flyers, has committed to Bryn Athyn College for the fall of 2020.

The '99 native of Glastonbury, CT is in his second season with the Jr. Flyers, and to date, he's tallied 50 total points in 76 career games in the Eastern Hockey League (EHL).

"I'm very proud of Shane," said Jr. Flyers head coach and general manager Jerry Domish. "He is the perfect example of what hard work and following directions can do for a player. He came to us a year ago as a fourth line player, but his coachability has made him a top player in the league. The amount of improvement his game has made is overwhelming. I know he will be very successful at the next level because of the person he is."

Ward is the 2nd commit of the season for the Jr. Flyers, joining Sean Dynan who chose Connecticut College earlier this month. Overall, Ward is beyond proud of the player that he has become with the Jr. Flyers, and he's also very happy with his decision to play at Bryn Athyn.

"First off, I would like to thank my father for pushing me each and every day to be the best player that I can be," said Ward. "Secondly, a huge thank you to Coach Domish for really taking the time to turn me into the player that I have become today, I can’t thank him enough. I also would like to thank Tom Regan who has helped me throughout my career to achieve this unbelievable accomplishment."

Ward went on to talk about how he chose the Lions' hockey program.

"As soon as I stepped on the Bryn Athyn campus, I fell in love with it and I felt as though the Bryn Athyn coaching staff and hockey program was the best spot for me to have the most success in my college career. Coach Burke and Coach Seravalli of Bryn Athyn have persistently continued to recruit me day in and day out until my decision was made which made me feel very wanted, and I can’t thank them enough for that. I look forward to getting started with my collegiate hockey career and want to give a huge shoutout to everyone else who has helped me along the way. Go Lions!" 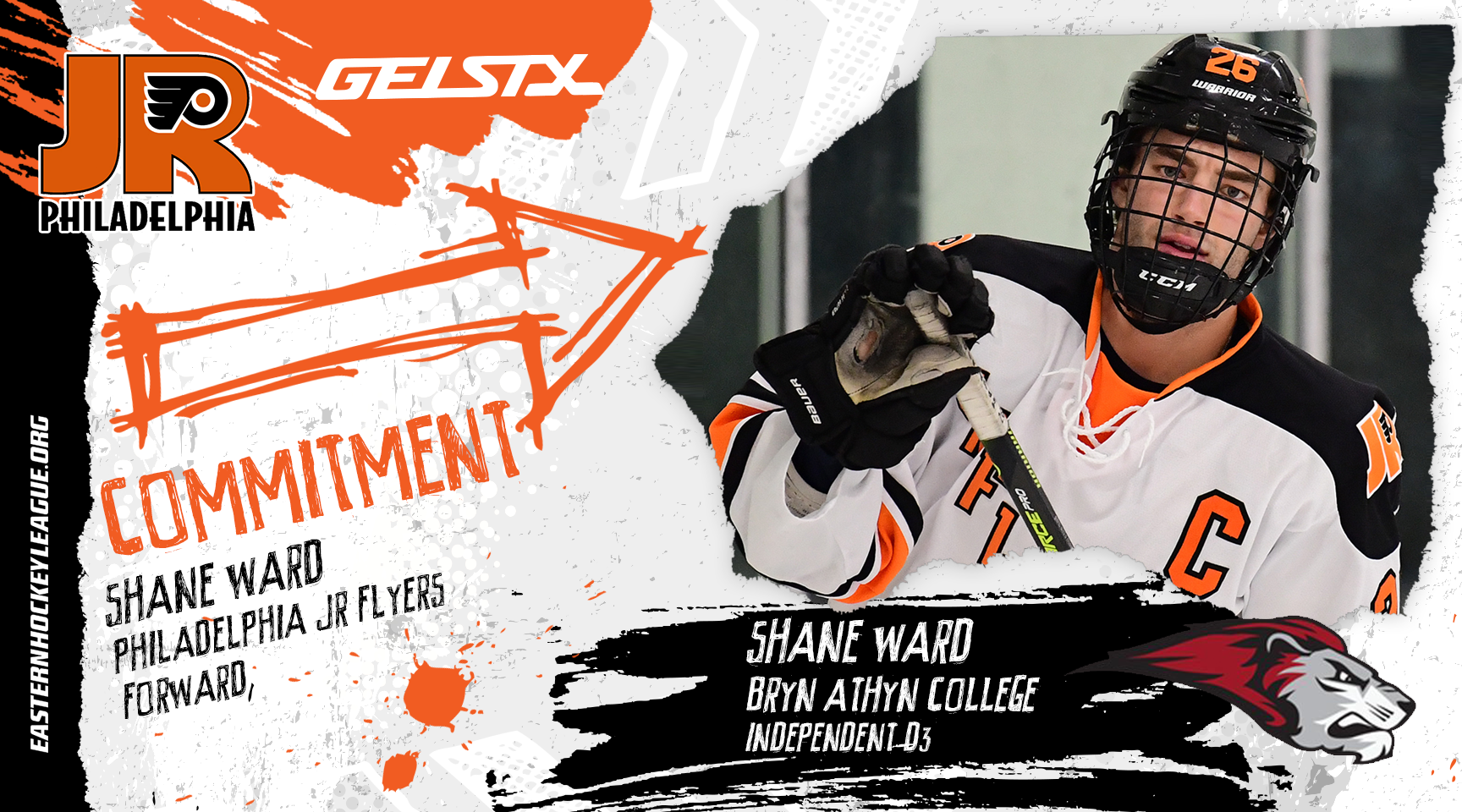