There are no new teams in either set of Power Rankings this week, and only one small shift, as combined together the top ranked teams amassed a record of 13-1-0 in 14 total games.

Starting first with the EHL, and the top five teams went 9-1-0 in the 10 total games amongst the group. The only blemish came from the Vermont Lumberjacks, who split their two-game series with the New England Wolves.

With that loss, the New Jersey 87s climbed up a spot, which sets things up as each 1st-place team is now ranked #1 and #2 respectively in the latest set of Power Rankings.

As for the EHLP, the top three teams combined for a perfect 4-0-0 mark over the weekend, giving us no reason to change the order between the New England Wolves (#1), Boston Jr. Rangers (#2), and Railers Jr. Hockey Club (#3). The biggest question that now remains, is whether or not we will have an all-New England Conference Championship Game this year in the EHLP. 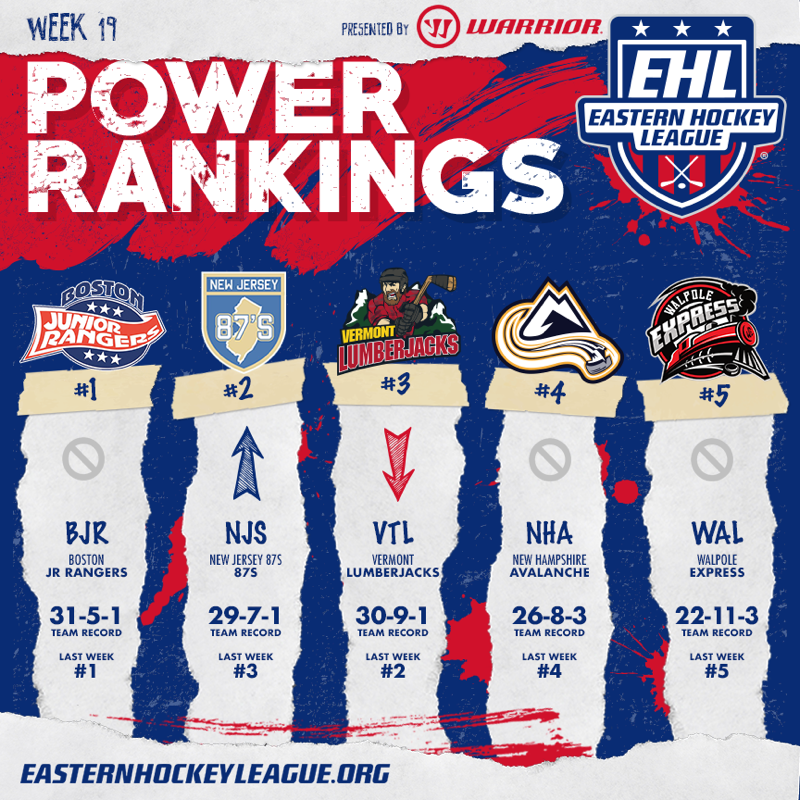 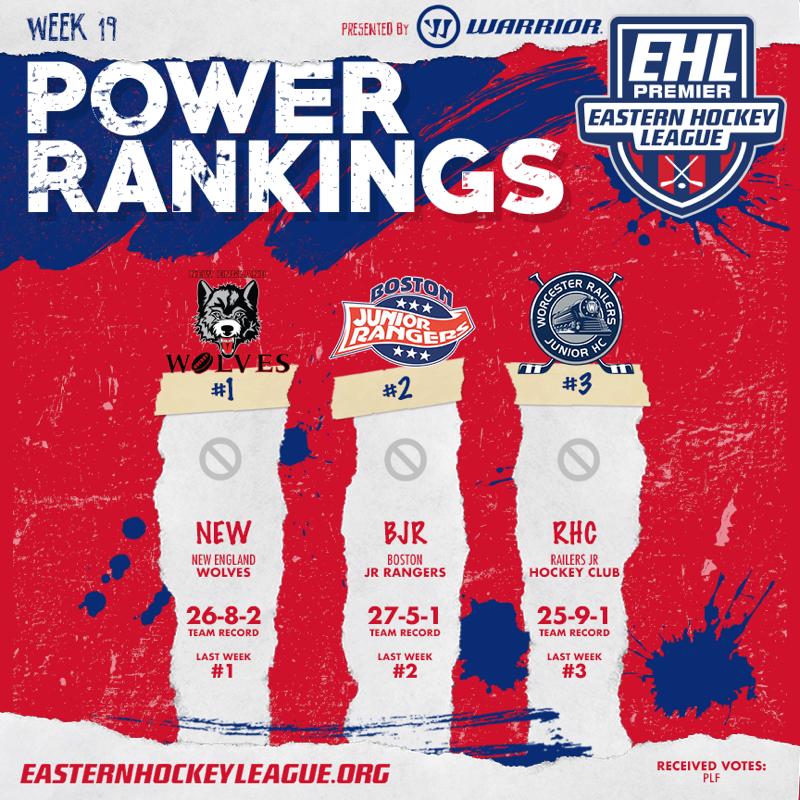