Moroz and the Apple Core are sitting just outside the playoff picture in the Mid-Atlantic Conference, but with eight games still remaining, they can make some noise down the stretch. As for the '99 native of Ukraine, Moroz made some serious noise in January, scoring six goals and dishing out seven assists over the course of the month. His 13-point total increased his overall numbers up to 41 points for the year.

Coming up this week, Moroz and the Apple Core will travel to take on the New Jersey 87s tomorrow, and then hit the road again for a pair of matchups against Team Maryland this weekend.

Moving back to the blue line, and this past month's top defenseman has be one of the top performers at his position all season long. This past month in particular, the '99 native of Methuen, MA, scored a goal and picked up nine assists. Overall, Mendeszoon has averaged just under a point per game for the two-time defending EHL Champions.

Looking ahead, Mendeszoon and the Avalanche have their sights set on a First Round be in the tight New England Conference. The remaining regular schedule features nine total games, starting with the Seahawks Hockey Club tomorrow afternoon.

Finishing things off between the pipes, and Lane stole the show this past month, while posting a record of 6-0-0 in six total starts. The immaculate record wasn't the most impressive stat however, as Lane amassed a remarkable 0.70 GAA to go along with a .970 save percentage. Each mark led all goaltenders in the EHL. For the season, Lane is now 12-4-3 in 17 starts, and his overall GAA and save percentage numbers sit at 1.94 and .934 respectively.

Lane is playing his best hockey at arguably the most important time of the year, and he will need to continue anchoring his team if the Avalanche want to make it three titles in a row.

The EHL is pleased to announce that Ryan Bailey (Boston Jr. Rangers), Sebastian Rominiecki (Philadelphia Little Flyers), and Jake Stern (Philadelphia Revolution) have been named the Warrior Hockey Stars of the Month.

Bailey and Rangers posted a near-perfect record in the month of January, going 8-0-1 in their nine games. Over that span, Bailey led all scorers in the EHLP, with 11 goals and 17 assists. For the season, the 2000-born native of Anchorage, AK now has 76 points through 33 total games to date.

Looking ahead, the Rangers are right in the thick of things at the top of the New England Conference standings, and it's key to note that they have the fewest games played amongst the four teams in contention for a First Round bye. The Rangers will look to finish as one of the top two seeds with nine total games remaining in the regular season.

After dropping their first four games of January, Rominiecki and the Little Flyers have won six straight contests. Philadelphia is in a very tight battle with the New Jersey 87s at the top of Mid-Atlantic Conference. As for the '01 native of Runnemede, NJ, Rominiecki found the back of the net three times this past month, and dished out six assists as well. For the season, Rominiecki now has 19 points in 35 total games to date.

Looking ahead to the final month of the regular season, and Philadelphia has a big slate of games on the schedule, including one final matchup with the 87s. That contest could have a huge impact on which team enters the postseason in possession of the top seed in their conference.

Sticking with the teams down south, Stern continues to turn heads as one of the youngest players in the EHLP. The '03 native of Reading, PA, went 5-0-0 in the month of January and helped lower his GAA down to 2.66 and increase his save percentage up to .920 for the year.

The young netminder has also registered five total shutouts to date, which ranks him at the top of that category this season, as well as tied for the 2nd highest all-time total in EHLP history. The record of six is held be Chad Simmerman, a former goaltender for the Revolution, who spent the 2016-17 and 2017-18 seasons in the EHLP. The Revolution will likely be the #3 seed in the upcoming playoffs, with the hopes to make some noise in March and advance to Providence, RI. 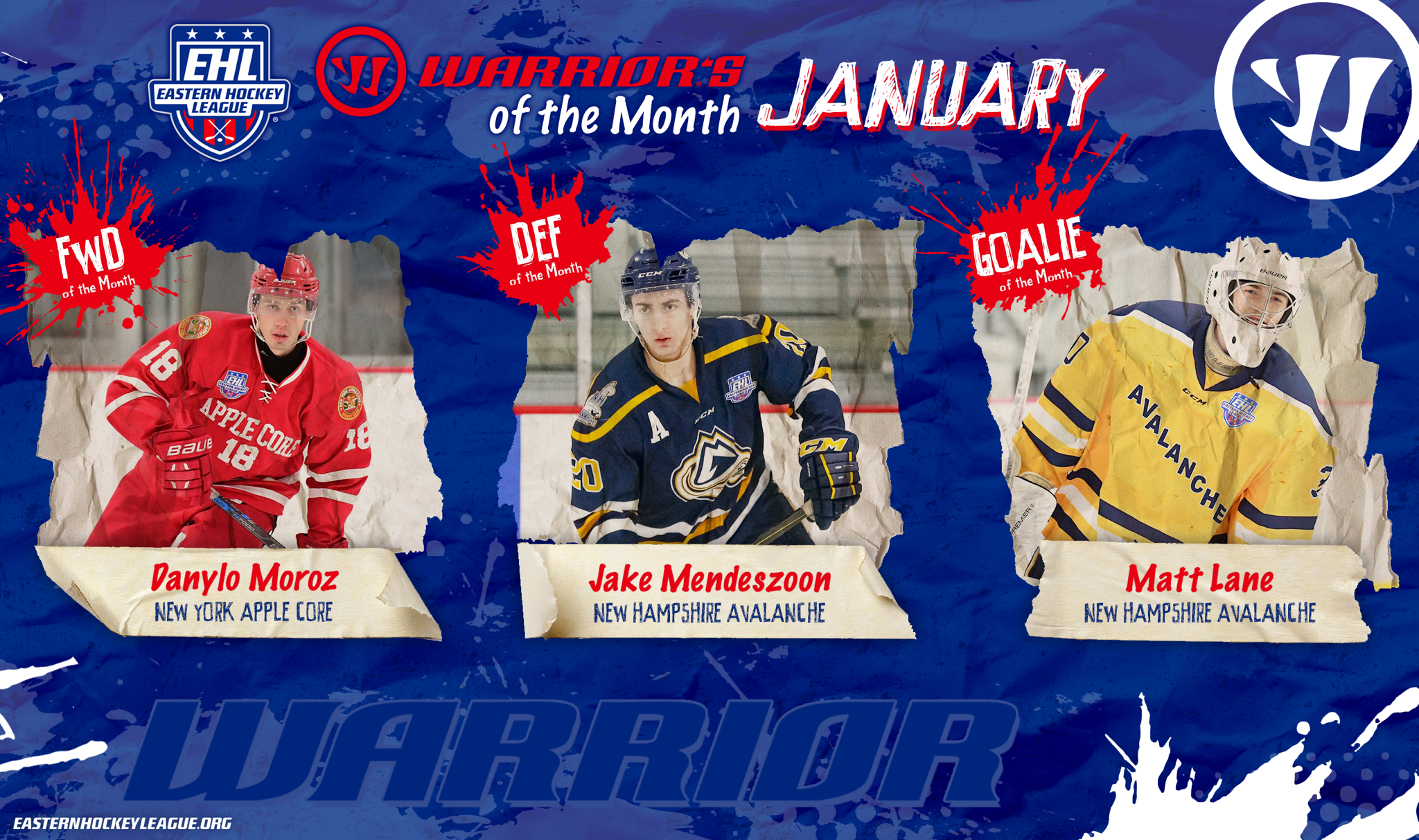 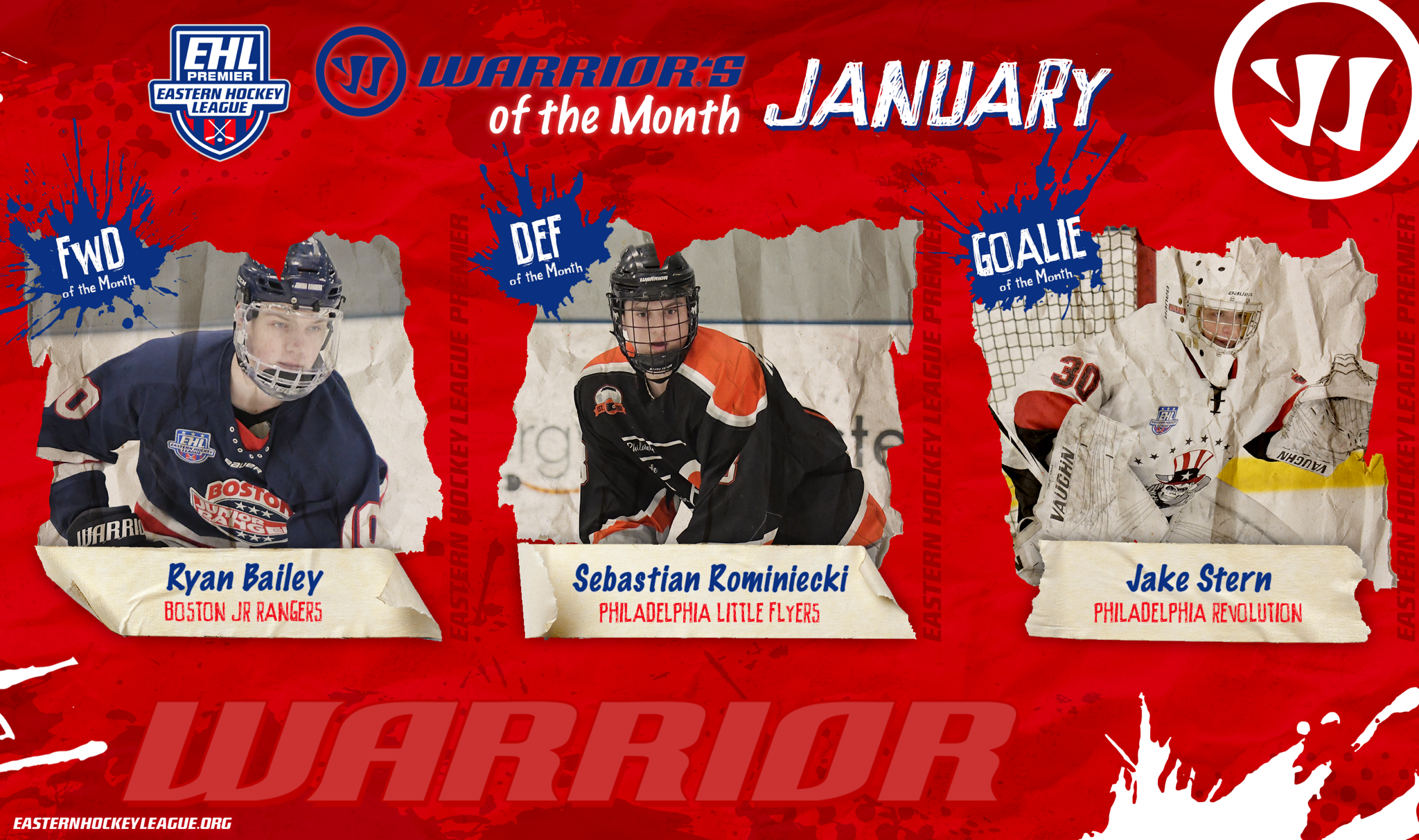