DENNIS, MA -- Jon Murphy, a forward for the Seahawks Hockey Club, has committed to SUNY Cortland for the fall of 2020.

The '99 native of Arlington Heights, IL is in his third season with the Seahawks, and to date, he's tallied 91 total points in 129 career games in the Eastern Hockey League (EHL).

"We are beyond happy to announce that 'Mr. Seahawk' [Jon Murphy] has committed to play at SUNY Cortland," said Seahawks head coach and general manager Bill Zaniboni. "Jon has definitely left his mark with the Seahawks both on and off the ice, as well as the EHL as a whole. Jon was an assistant captain of Team EHL that won its first college game this year vs. Salem State, and he was a great leader for that group. Jon is the last member of the original Seahawks team from the 2017-18 season, and he has some of the best compete and drive to be better than most. As an organization we know how valuable Jon is to us and we know the void is big, but what he showed everyday will be something that remains in our culture for years to come."

Murphy is one of two All-Stars joining the Red Dragons hockey program, as Jona Hildreth of the Walpole Express made the same decision this past week. While Murphy unfortunately saw his 2019-20 campaign cut short due to injury, he's still very thankful to have achieved this goal.

"I am excited to be continuing my education at SUNY Cortland," said Murphy. "It is a great fit for me academically, as well as a great place to continue my hockey career. I look forward to joining a tight-knit community in Cortland, NY. I would like to thank Coach Zaniboni for giving me the opportunity to play for him for the past three seasons, as well as the Seahawks Organization. I would also like to thank my parents for letting me chase my dream and for being supportive the entire way. Lastly, I would like to thank the men I have played with for the past three years, as I would not have gotten this opportunity without them."

While Murphy will be unable to suit up down the stretch, he still be at every game supporting his team. With a contagious attitude, Murphy will look to help lead the Seahawks further than ever before in the upcoming EHL Playoffs. 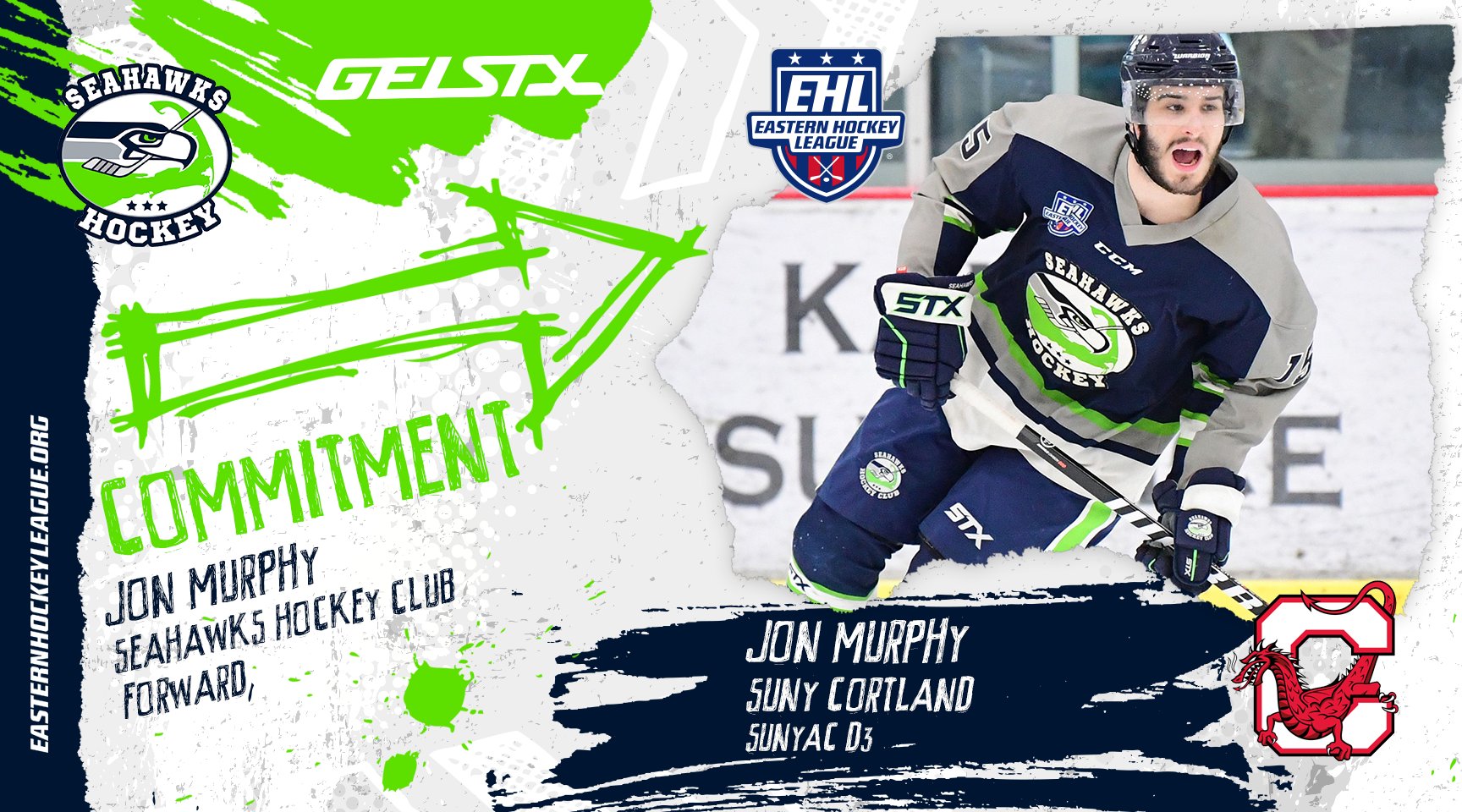