Avalanche Goaltender Set to Join Teammate in the Fall of 2021

HOOKSETT, NH -- Matt Lane, a goaltender for the New Hampshire Avalanche, has committed to Stevenson University for the fall of 2021.

"I am very excited for Matt, as he has come a long way with us this season," said Avalanche head coach and general manager Chris Cerrella. "He has really matured his game both on and off the ice. Stevenson was his top choice, and he was able to reach his goal; it could not have worked out better for him starting in the 2021 season. As of right now, he will be playing one more season with the Avs, but that could change and he may end up there in 2020. Either way, Lane has earned this every step of the way, and I couldn’t be happier for him and his family!"

As Cerrella mentioned, Lane is officially committed to Stevenson, but it's still a little up in the air as to whether or not he will head off to school this fall or next. Regardless, the talented netminder has turned heads as one of the top goaltenders in the EHL this season. His calm demeanor between the pipes has given the team in front of him extra confidence throughout the year. Lane is beyond grateful for everything that the Avalanche program has done for him so far.

"Thank you to the New Hampshire Avalanche and Coach Cerrella for this opportunity," said Lane. "A special thank you to my family and teammates who have supported me over the years. I am extremely excited to be a Mustang for the next 4 years!"

Lane was just named the Goalie of the Month for January, after posting a record of 6-0-0 in six total starts. The immaculate record wasn't the most impressive stat however, as Lane amassed a remarkable 0.70 GAA to go along with a .970 save percentage. Each mark led all goaltenders in the EHL. For the season, Lane is now 12-4-3 in 17 starts, and his overall GAA and save percentage numbers sit at 1.94 and .934 respectively. 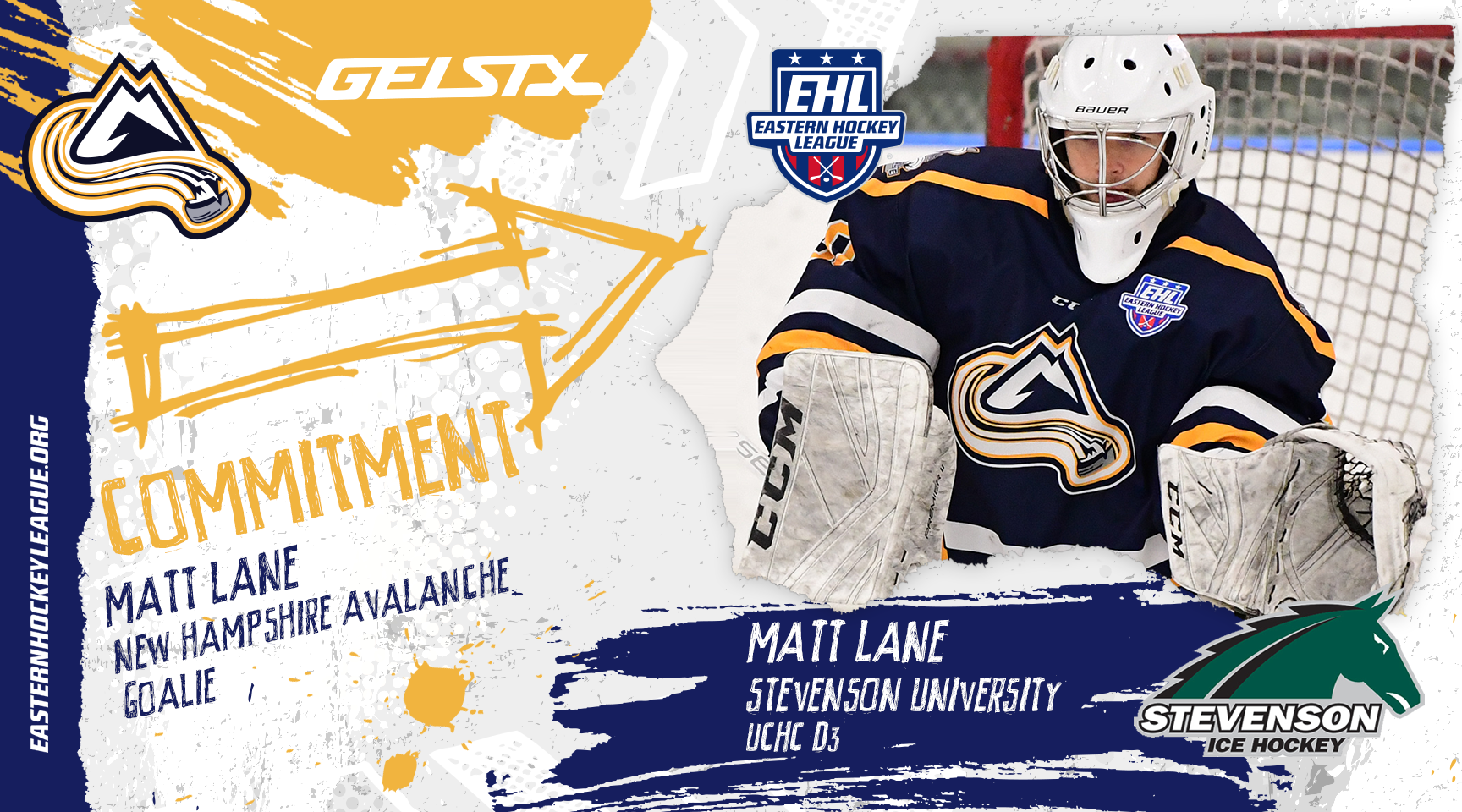