Road to Providence is Heating Up

This past week was busy in the EHL, with a number of great matchups. At the top of the list was the final two-game series of the regular season between the Boston Jr. Rangers and Vermont Lumberjacks. Of course we got another split, meaning each team earned two victories over their rival this year, but you can also give the Rangers a slight edge in the season series with one of their losses coming in a shootout.

Speaking of shootouts, the New Hampshire Avalanche knocked off the Walpole Express in a shootout on Saturday night. The game was arguably the best game of the season in the EHL, and turned heads, as the Express may be a sleeper team to come out of the New England Conference.

As for the Mid-Atlantic Conference, one team that has been relatively under the radar is the Philadelphia Revolution. They are back inside the top-five this week, following wins over the 1st-place New Jersey 87s and 2nd-place Connecticut RoughRiders.

As for the EHLP, it was another week of perfection at the top. The New England Wolves (#1), Boston Jr. Rangers (#2), and Railers Jr. Hockey Club (#3), combined to go 4-0-0 once again, and remain locked in their respective positions.

On the outside looking in, a team to keep an eye on right now are the Philadelphia Little Flyers, who've won eight straight games dating back to January 18th. 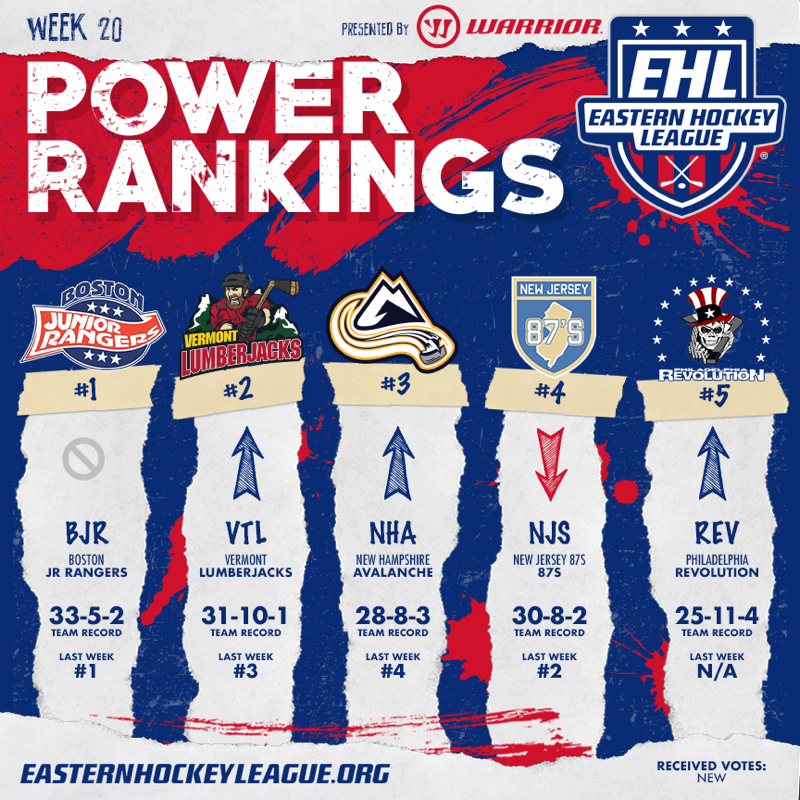 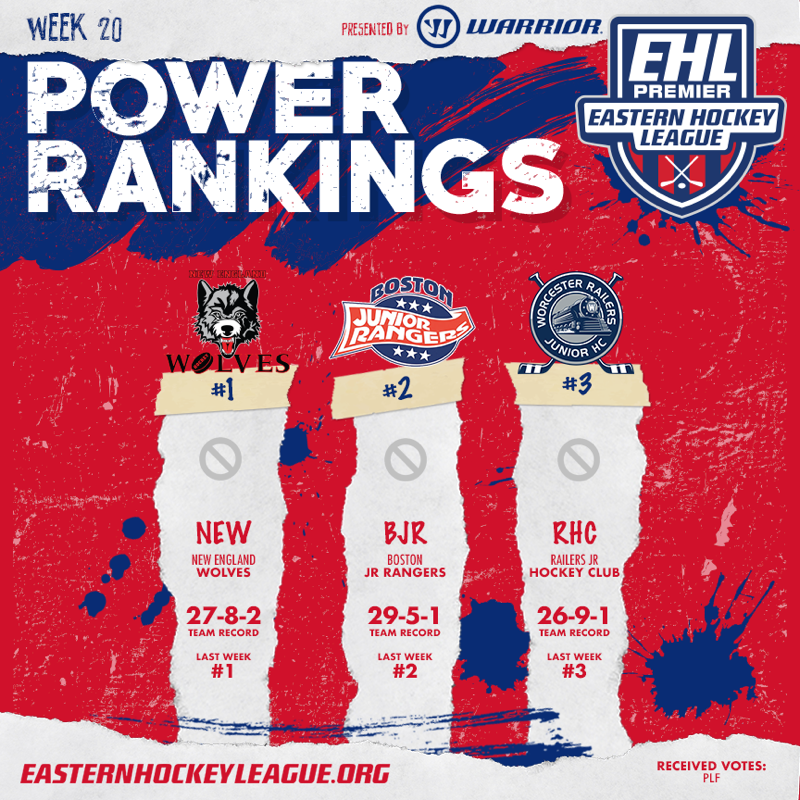