BURLINGTON, VT -- Jensen Dodge, a forward for the Vermont Lumberjacks, has committed to Morrisville State for the fall of 2020.

The '99 native of Hanover, NH is in his third season with the Lumberjacks program, and to date, he's tallied 25 career points in the Eastern Hockey League (EHL).

"I am grateful to have had the opportunity to coach Jensen for the past 3 years,” said Lumberjacks head coach and general manager Jim Mosso. “He has matured in so many ways, and has become a key part of our team in so many different aspects of the game. He is an example of what I’m looking for in a player and a person. He is a great role model for the younger players in our program to look up to and aspire to be like. I am very proud of Jensen, and Morrisville will be lucky to have him."

As Mosso mentioned, Dodge's improvement is very clear throughout his time with the Lumberjacks, and look no further than this year's point-total to prove the point. In 42 games to date, Dodge has tallied 17 points, which is more than the past two years combined with the Lumberjacks. Dodge is very grateful for the time he spent in Vermont, and is happy to have this weight off of his shoulders.

"I am grateful to the Vermont Lumberjacks for having had the opportunity to play junior hockey with such a great organization," said Dodge. "Coach Mosso, Coach Lowry, and my teammates have been instrumental in my development and I’m the player I am totally because of them. I also can’t thank my family and former coaches enough for their encouragement and support of me on and off the ice. I’m excited about attending SUNY Morrisville and playing under Coaches Krogol, Assano, and Shattell."

Dodge and the Lumberjacks have just two regular season games remaining against the Valley Jr. Warriors next weekend. On Saturday the 22nd, the puck will drop at 4:40pm, while Sunday's game is scheduled for 11:50am. Dodge and the Lumberjacks will be looking to pick up four out of a possible four points, and head into the EHL Playoffs with some momentum. 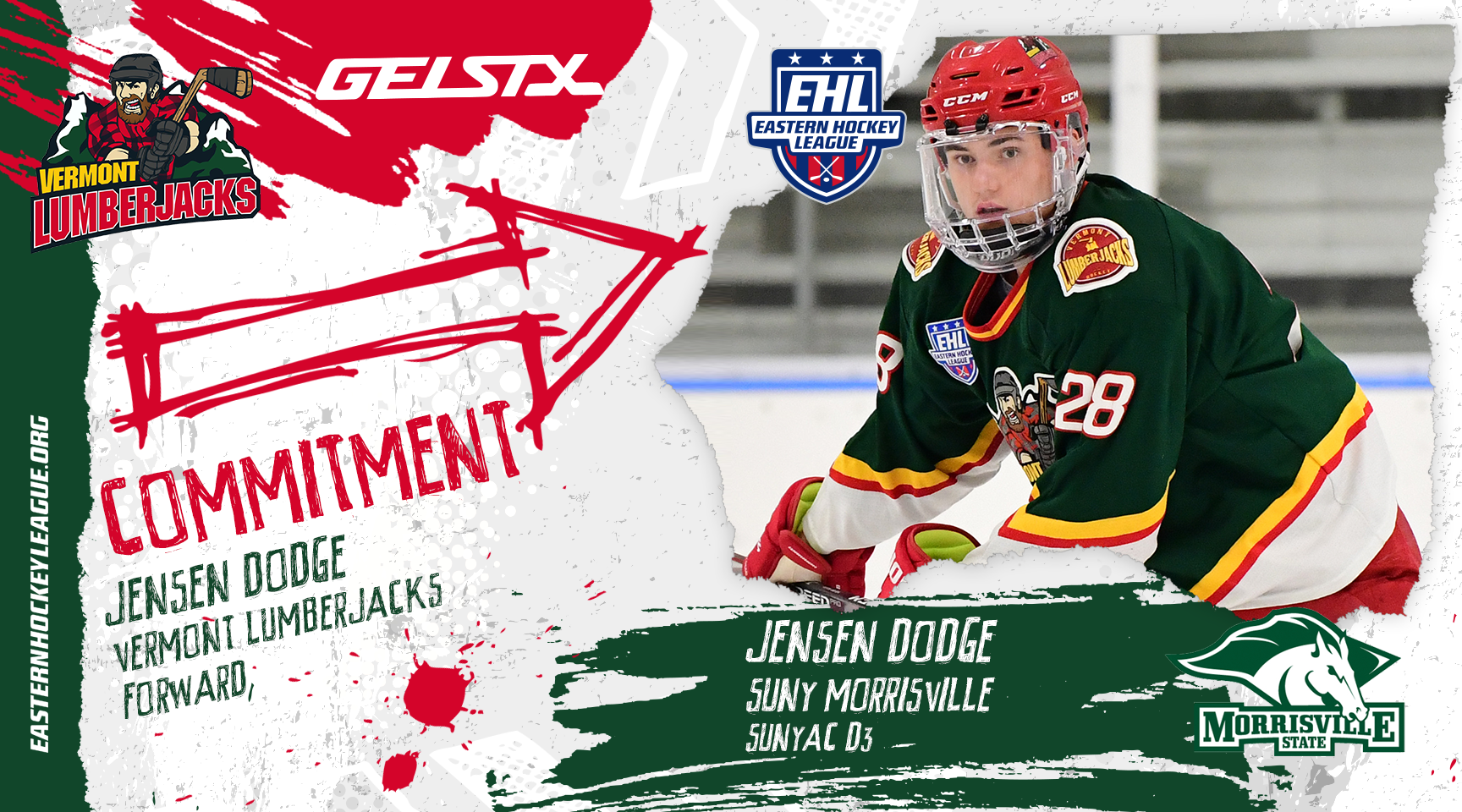