WALPOLE, MA -- Hunter Phillips, a forward for the Walpole Express, has committed to Becker College for fall of 2020.

The '99 native of Randolph, MA is in his third season with the Express, and second full year at the Eastern Hockey League (EHL) level. Phillips' junior hockey career began with 21 games in the Eastern Hockey League Premier (EHLP) back in the 2017-18 season, in which he tallied 17 total points. In 80 total EHL games since then, Phillips has notched a nearly-even 27 goals and 28 assists.

"Hunter has been instrumental to our groups success this season," said Express head coach and general manager Cody Campbell. "He has centered our most productive offensive line all year and has really turned into a 200-foot player, who is great on face-offs. Off the ice we can always rely on Hunter to keep guys positive and cheer someone up that needs it. Becker is getting a dynamic player and someone that is going to make the entire campus more lively, and we could not be more proud from Hunter earning this opportunity.”

Phillips is a prime example of the league's ladder of development climbing up from the EHLP, to the EHL, and now onto NCAA hockey. The development has been crystal clear for those around Phillips, and you can look no further than the steady increase in his point totals each year. Phillips is ecstatic over his decision.

"Becker was the right fit for me academically because of the smaller class setting, where I feel that I will be able to get the most out of my education," said Phillips. "As for being an athlete, I’m excited to be a part of a team on the rise. Playing under head coach Mike Young with the way he coaches and what he wants in a player, along with the competitive conference they play in, make it a perfect fit for me."

Phillips went on to talk about how the Express helped him reach this point, and for that, he is forever grateful.

"Playing for the Express has helped me reach my goal because of how close the team is and how every single one of us has bought into the culture brought here by Coach Campbell," added Phillips. "Everyone is on the same page and looks forward to coming to the rink day in and day out. I’d like to thank all my friends and family who have helped me along the way, as well as the Walpole Express for these past three years.”

Phillips and the Express have just three games remaining in the regular season, as they look to improve their spot in the New England Conference standings. 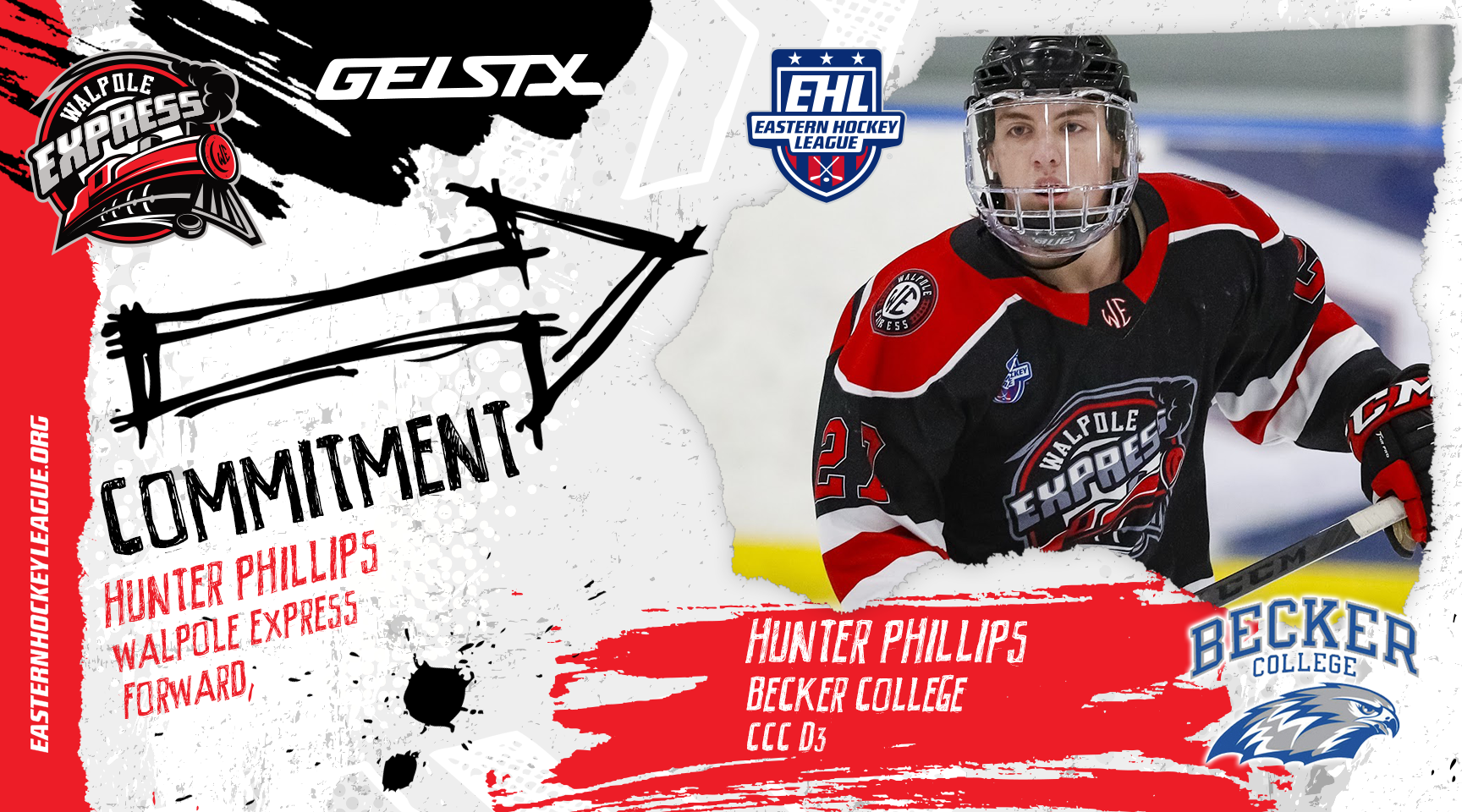