WALPOLE, MA -- Hunter Sarro, a forward for the Walpole Express, has committed to Castleton University for the fall of 2020.

After a pair of prep hockey seasons, the 2000-born native of North Attleboro, MA came to the Eastern Hockey League (EHL). In 44 regular season games with the Express, Sarro tallied 24 total points.

"Hunter is arguably our most improved player this season,” said Express head coach and general manager Cody Campbell. “He bought into his role and built upon it as the year has gone on. We are extremely excited for Hunter and his family. He definitely deserves this opportunity.”

Sarro is the first EHL player to commit to Castleton this season, and the 16th player to do so in league history. After learning more and more about what the school had to offer both academically and athletically, Sarro was completely sold on Castleton.

"Coming out of prep school I really enjoyed that type of small school environment where everyone knows everyone," said Sarro. "Castleton has that same feel and I knew it was the right choice when I stepped on campus. Castleton also offers a very strong Exercise & Sports Science program, which is what I intend to study. In addition, Castleton also has a very strong hockey program that plays in a very competitive league."

Sarro went on to talk about how it was ultimately his time with the Express that helped lead to this decision.

"Playing for the Walpole Express under Coach Campbell has helped me develop my game to where I am confident that I am ready for the college level," added Sarro. "It has been great playing for an organization that prioritizes player development. I would also like thank my coaches and teammates over the past few years. It wouldn’t have been possible without their help."

Sarro and the Express are geared up and ready for their Play-In Round matchup against the Seacoast Spartans on Wednesday. If they can advance past their New England Conference opponent, they will earn a First Round matchup with the Seahawks Hockey Club. 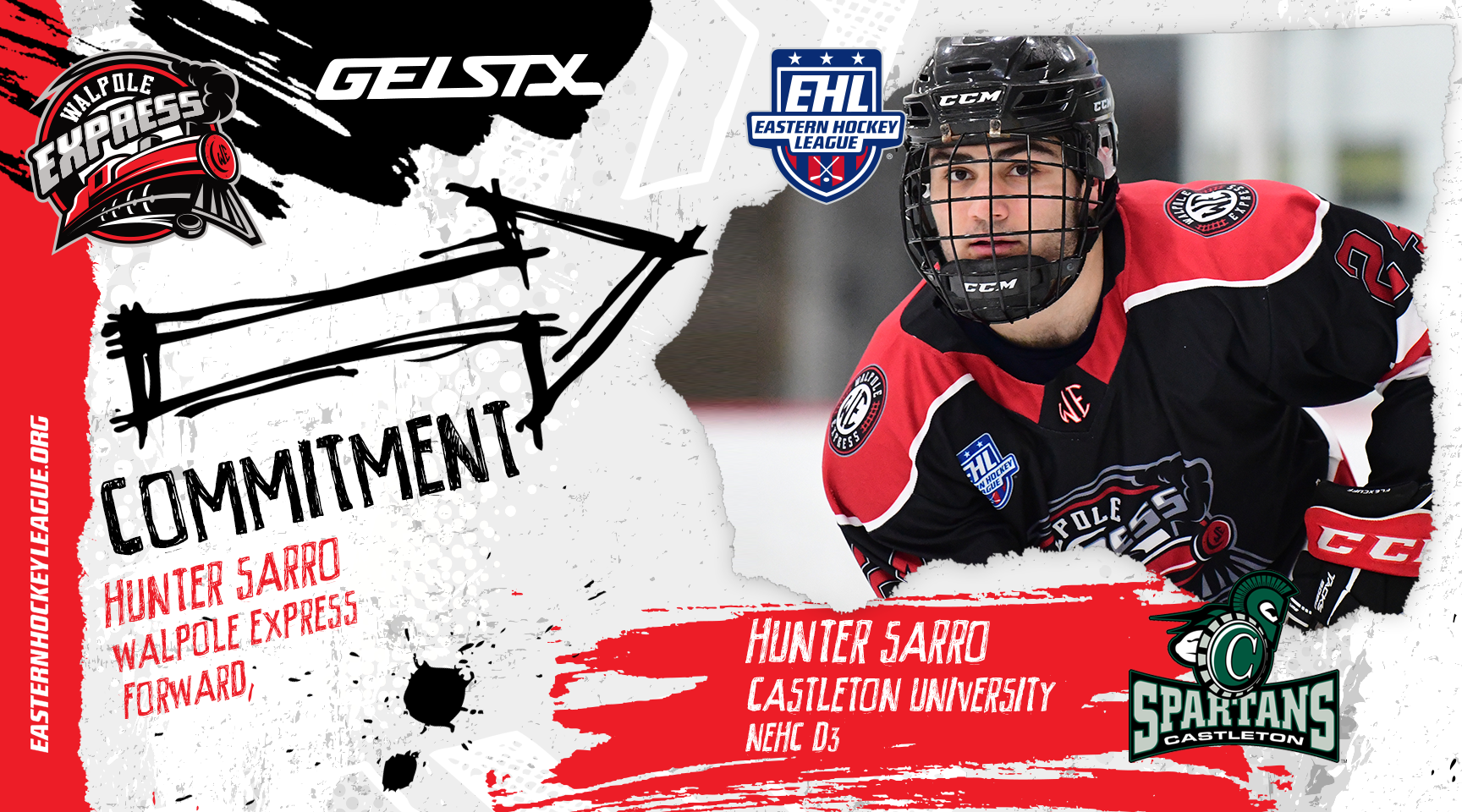